Are Your Social Media Habits Ruining Your Sex Life? 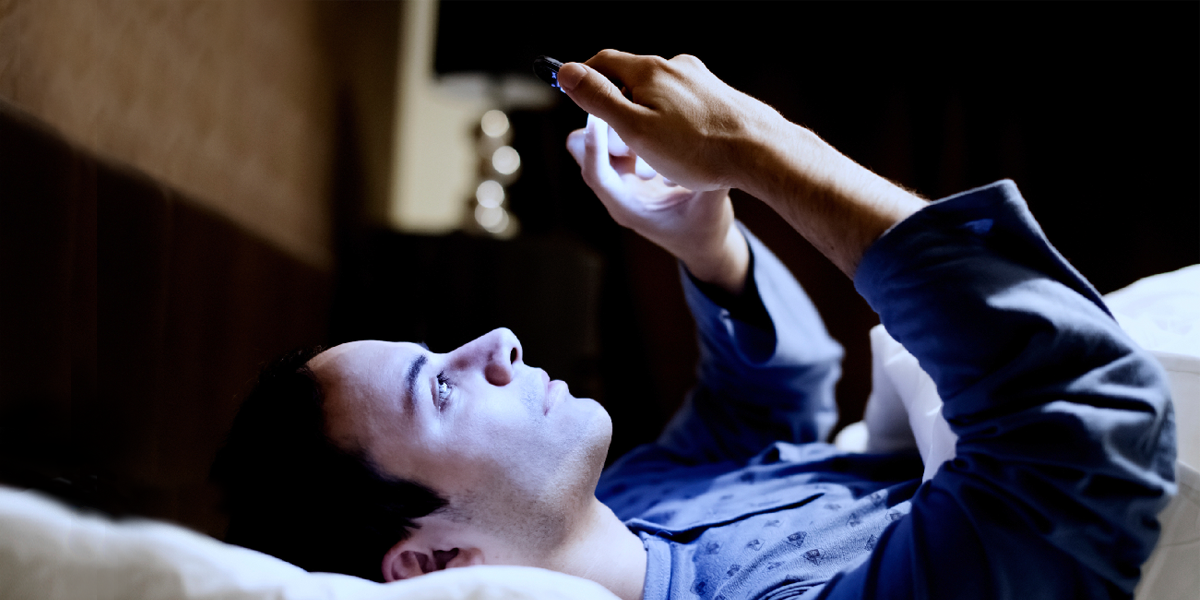 My wife put our daughter to bed, brushed her teeth, and freshened up before bed. Slipping under the covers, we exchanged glances and knew it was time to do what comes naturally for a couple on a warm night in Silicon Valley. We began to lovingly caress–but not each other, of course. She began to fondle her cell phone, while I tenderly stroked the screen of my iPad. Ooh, it felt so good.

If our nightly habits were any indication, we were having a love affair with our gadgets instead of each other. Apparently, we weren’t the only ones substituting foreplay for Facebook. According to a recent study, fully one-third of Americans would rather give up sex than lose their cell phones.

Fortunately for my wife and I, we learned how to end our liaisons with gizmos and successfully reclaim our lovelife. However, technology continues to change many of our most intimate behaviors and the story of how we broke our technophilia illustrates a method to break any number of habits we’d be better off without; i.e. breaking bad habits.

First, we took a look at the problem and realized it was bigger than our sex lives. As technology becomes more pervasive, it is also becoming more persuasive. The result is products so seductive that they are increasingly difficult to resist. We are forming habits with unintended consequences and new bedroom practices are symptomatic of technology evolving faster than we are. The confluence of increased access, greater sharing of personal information, and at higher transmission speeds, has created the perfect storm of addictive technology.

Being in the business of habit-forming technology, I see both sides of the coin. While new innovations hold limitless potential to help us create beneficial habits to improve our lives, we’re also easily manipulated through our devices, and often to our own detriment. As a society, we tend to adopt new innovations wholesale, without considering what we’re paying in return. But there is always a price.

The cost of being able to connect with anyone in the world instantaneously is not being fully present when with the person physically next to you. Our only hope of maintaining healthy relationships is to understand and deconstruct the mechanics of addictive technology.

For my wife and me, the allure of inbox notifications on our cell phones proved hard to resist. Promising to reply to just one more email after dinner quickly turned into 45 minutes of lost nookie later that night. So we began to look for what touched off this routine. Since habits rely on a cue to trigger behavior, action is often sparked by the things around us. Research indicates that the strength of our lust increases with our proximity to the object of desire.

We realized we were part of the 65% of American adults who, according to the Pew Research Center, sleep with their phones on or next to their beds. We decided to move our phones from our bedroom to the living room and, with the trigger gone, we regained a bit more control over our techno-infidelity.

But after a few phone-free evenings, I began to notice a stressful anxiety. My mind became occupied with all the things calling for my attention. Who might be trying to send me an important email? What was the latest comment on my blog? What was I missing on Twitter? The stress was palpable and painful, so I did what anyone who makes a firm commitment to breaking a bad habit would do. I cheated.

Though the word “desire” can have positive connotations, neurologically speaking desire means pain. Brain scans reveal that our motivational system, fueled by the chemical dopamine, is wired to prod us to action by creating a stress response, which we seek to extinguish.

But with my cell phone in the doghouse, I needed to find a new partner. To my relief, I felt the anxiety melt away as I pulled out my laptop and began to bang on the keyboard. My wife, seeing my example, pounced on the opportunity to relieve her own stress, and we were back at it again. After a few days of late nights on our machines, we sheepishly admitted that we had failed.
Embarrased but undeterred, we wanted to know what happened. By again referring to my experience helping companies create habit-forming technologies, we discovered where we’d gone wrong.

Feedback loops and hooks work best when users move quickly from trigger to action. The less time spent between feeling an urge and satisfying it, the stronger the habit.

We realized we hadn’t learned to deal with the discomfort of breaking the compulsion and so were hopelessly drawn back in. This time however, we devised some tricks to insert time, effort, and mindfulness in between the desire and the deed.

We connected our router and monitors to $7 timer outlets, which shut off the power at 9pm automatically. In order to “cheat” we would have to uncomfortably contort behind our desks to flip the override switch. We also implemented a 10-minute rule and promised that if one of us really wanted to use a gadget after hours, we had to wait 10 minutes before actually doing so. The rule allowed time to do what some behavioral psychologists call “surfing the urge.” When an urge takes hold, bringing attention to the sensations of stress and riding them like a wave–neither pushing them away, nor acting on them–helps us cope until the feelings subside.

I apply this technique to other habits I’m breaking. For example, I “surf the urge” to continue eating even after I’m satiated. The technique works just as well for resisting chocolate cake as watching one more kitty videos on Icanhascheezburger.

LOVING ALL OVER YOURSELF

Finally, we were making progress. We’d learned to cope with the stress of stopping our compulsion to use technology and, over time, it took less willpower to resist. We began using our reclaimed time for *cough* more productive purposes as we gained greater control over our habits.

But transgressions occasionally still happen, and likely always will. Researchers have found that even long after the behaviors of a habit are extinguished, the neural pathways remain, making re-habituation all the more likely. Thankfully, there are ways to improve the odds of keeping bad habits at bay.

The deciding factor between falling off the wagon completely and containing a habit for good is resilience after failure. The degree to which we are able to deal with a recurrence of an undesirable behavior with self-compassion instead of self-loathing makes all the difference.

As the world becomes a more addictive place, dealing with habit-forming technology is just one of the many distracting temptations with which we must learn to cope. My wife and I still love our gadgets and fully embrace the promise of innovation to improve humanity. But we want to benefit from the use of technology without suffering from the corrosive effects it can have on our relationships.

By understanding how habits work–whether they are technology-related or not–we can learn to control them instead of letting them control us. By understanding how habits work, we become capable of breaking bad habits. Removing triggers, learning to cope with the pain of desire, and cultivating self-compassion are useful methods my wife and I have used to prioritize what matters most in our lives, first of which is “getting it on.”