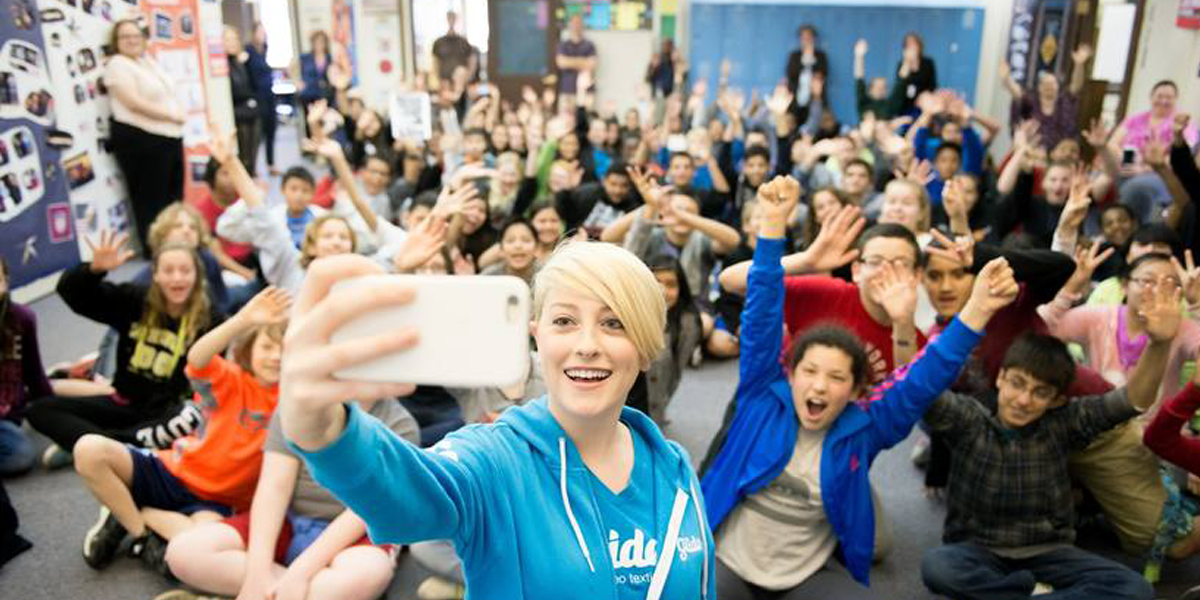 An arched eyebrow, a cock of the head, a slight upturn at the corners of the mouth: Theses tiny gestures are disproportionately powerful, able to communicate far more than what a person is saying or tone of voice.

In 1971, UCLA psychology professor Albert Mehrabian confirmed this truism by publishing an oft-cited study that indicates that, when individuals communicate likes and dislikes, verbal cues compose just 7 percent of the message. Comparatively, vocal inflection makes up 38 percent and facial expressions a staggering 55 percent. (While the study — beloved by speaking coaches, media trainers and MBA programs alike — has often been ascribed to a variety of situations, Mehrabian himself has written that this specific ratio only applies to his test conditions.)

Regardless of how precisely the ratio works out for other situations, Israeli video messaging app Glide understands that face-to-face communication permits a much wider scope of expression than words alone. The app functions like a visual text message: Users record and then send videos of themselves, allowing the recipient to respond when it’s convenient. Glide can even be used for an immediate conversation, with “callers” sending video messages back and forth in real time. Co-founder Ari Roisman said he was inspired in part by a long-distance move and the difficulties keeping in touch with his friends and family back home.

Though targeted to anyone with a smartphone, Glide has found tremendous success with one particular community: deaf users. The app has attracted hundreds of thousands of deaf users, in large part because it permits callers to use American Sign Language when conversing. It also facilitates communication between ASL and non-ASL speakers by incorporating both video and written messages.

Yet with so many video messaging apps on the market — from Skype to Google Hangouts to Snapchat or Tango — how did Glide find such strong early purchase with one group? Nir Eyal, author of Hooked: How To Build Habit-Forming Products, provides a window of insight for how this and other apps catch on in a community, sometimes offering a gateway to mainstream success.

The Secrets to an App’s Success

An app must be exponentially superior to its competition in order to catch hold, Eyal writes in Hooked, especially if it succeeds its competition. (Glide went live in 2012; by contrast, Skype has been around since 2003.) Users become habituated to a particular app, reluctant to make the transition to a new platform, so the new app needs to give them something they can’t find elsewhere to break through. Glide provides a service that is “exactly right” for the deaf community, Eyal said.

“There’s three pillars to every successful startup, and that is growth, engagement, and monetization,” Eyal explained. “Each is necessary, but not sufficient.” Glide secured the second prong — it provides a service with which users are engaged. As of this year, Glide had been installed on more than 20 million devices, according to Fast Company. Yet growth can be challenging for any company, especially those confronting vast competition. Startups — including Facebook, in its infancy — often implement a model Eyal calls “tip-of-the-spear.” Rather than marketing to the mainstream, a company instead focuses on precisely meeting the needs of a particular group.

“If you can absolutely nail that demographic” — even if it’s a small proportion of the population — “then it’s much easier to move onto the rest of the population,” Eyal said. Though the app wasn’t originally designed for the deaf community, Glide’s team quickly began to cater to its ASL-speaking users. Glide’s community manager, Sarah Snow, learned ASL in order to better understand users’ requests and comments. The company continues this push, distributing explanatory YouTube videos with clear captions and soliciting recommendations for how to express “Glide” in ASL.

Glide’s unexpected success among ASL speakers may herald a wider expansion to follow, Eyal added, though this success doesn’t necessitate growth; it’s merely a prerequisite without which further growth might not be possible.

Glide’s popularity in the deaf community is also due in part to the critical mass of users subscribing to its service. In Hooked, Eyal describes what he terms “hooked users” as “brand evangelists,” and it takes just a few of them to set things in motion.

“Frequent usage creates more opportunities to encourage people to invite their friends, broadcast content, and share through word of mouth,” Eyal writes. He echoed this in conversation — “Nobody wants to go to a party and be the first one. That’s exactly what’s happening with these messaging services. … People only want to use the ones their friends are using.”

The Challenge of Breaking Into the Mainstream

As new users join, expanding Glide’s network, value is placed increasingly on the app itself, rather than just the services it provides. Many apps provide the same service; few also contain the user’s entire social network. This is what spurred Glide to success in its early phases, but the function that has made it so essential among ASL speakers — exchanging videos rather than written words — is the same feature, ironically, that hinders mainstream application for Glide and other similar apps. The psychology is fairly simple: “People think they look really bad on camera,” Eyal said.

Yet there is a cognitive reward for face-to-face contact that’s lacking in text messages. Glide aims to collapse the barriers of space and time that often inhibit communication between individuals on opposite sides of the globe. The app could turn a hollow textual exchange into what Roisman — his disembodied voice resonating enigmatically over the telephone line — calls a “very powerful human connection.”