When More Is Not Better: Overcoming America’s Obsession with Economic Efficiency 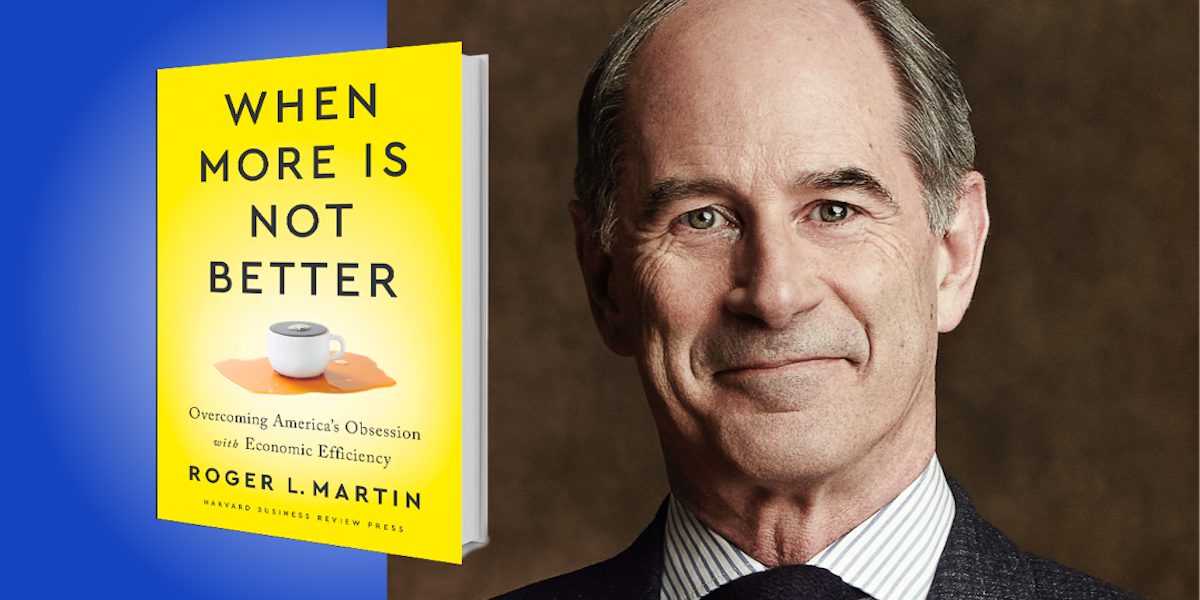 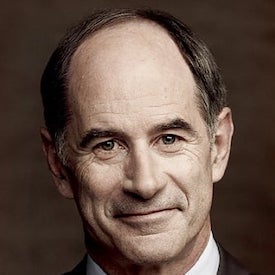 Roger L. Martin is Professor of Strategic Management, Emeritus, at the University of Toronto’s Rotman School of Management, where he served as Dean (1998–2013) and as Director of the Martin Prosperity Institute (2013–2019). Martin is a trusted strategy adviser to the CEOs of many global companies, and was named by Thinkers50 as the world’s #1 management thinker in 2017.

Below, Roger shares 5 key insights from his new book, When More Is Not Better: Overcoming America’s Obsession with Economic Efficiency. Download the Next Big Idea App to enjoy more audio “Book Bites,” plus Ideas of the Day, ad-free podcast episodes, and more.

Next Big Idea Club · When More Is Not Better: Overcoming America’s Obsession with Economic Efficiency

For as long as American median family income has been measured, up through 1976, it increased at a clip of 2.4% per year, meaning a doubling every generation. Since 1976, however, it has increased at just a quarter of that rate, so the doubling takes an entire century—three generations, not one. While that has happened, the earning power and wealth of the top 1% has grown to unprecedented levels. So the economy feels different for the vast majority of American families because, in reality, it is.

2. The metaphor we use for the economy, thinking of it as a big, complicated machine, is deeply flawed.

Machines can be perfected—we can understand each component, optimize them, and then add the pieces back up to the whole. But when we add economic components together, the result is often miles away from what we expected. For example, we didn’t know that the Federal Reserve policy to keep interest rates low—to help the economy recover from the post-dot-com downturn—would inflate the housing bubble, which would then trigger a global financial crisis. Rather than a machine, a much better metaphor for our economy is the Amazon rainforest—the connections are complex, and not susceptible to untangling. The Amazon works in mysterious ways that are continuously adapting, and you can’t fix or perfect it.

“The economy feels different for the vast majority of American families because, in reality, it is.”

3. The obsessive pursuit of making the economic machine more efficient has created a damaging shift in income distribution.

We assume that we have a bell curve of economic outcomes: There’s a big middle, our beloved middle class, and then smaller tails both above, the richer families, and below, the less well-off families. That kind of bell-shaped distribution is a “normal” or “Gaussian” distribution. But over time, the actual shape has turned into a Pareto distribution, which looks like a ski slope—most people having a little, and a small few having a lot. The curve is named after Italian economist Vilfredo Pareto, who noted at the end of the 19th century that 20% of Italian families owned 80% of the land, so the remaining 80% owned very little. That’s what’s happening in the American economy.

4. To fix this problem, we must balance efficiency with resilience.

Take, for example, U.S. hospitals—they were efficient, and effectively minimized excess medical staff, nurses, doctors, and personal protective equipment. But that led to very weak resilience when the pandemic hit. To achieve that overall balance between efficiency and resilience, we need to pursue three individual balances: the first is between the pursuit of pressure and the application of productive friction; the second is between the desire for perfection and the drive for improvement; and the third is between the march toward connectedness and the enforcement of separation.

5. Everybody has a role to play in achieving these balances.

Business leaders must recognize that slack is not the enemy. Costco, for example, has designed slack into store floor staffing—they have excess staffing to make sure that their service is top-notch. Political leaders should assume that everything they do will need to be revised, partially so that it doesn’t get hopelessly out of date. Educators need to stop teaching certainty, since the real world rarely has right and wrong answers, but rather better and worse ones. And when a citizen chooses to get all her news from Facebook, or all his goods from Amazon, or all her rides from Uber, he or she is contributing to more winner-take-all outcomes. So let’s allow ourselves to use these services some of the time, but not all of the time. These and other small changes can secure the future of American democratic capitalism.