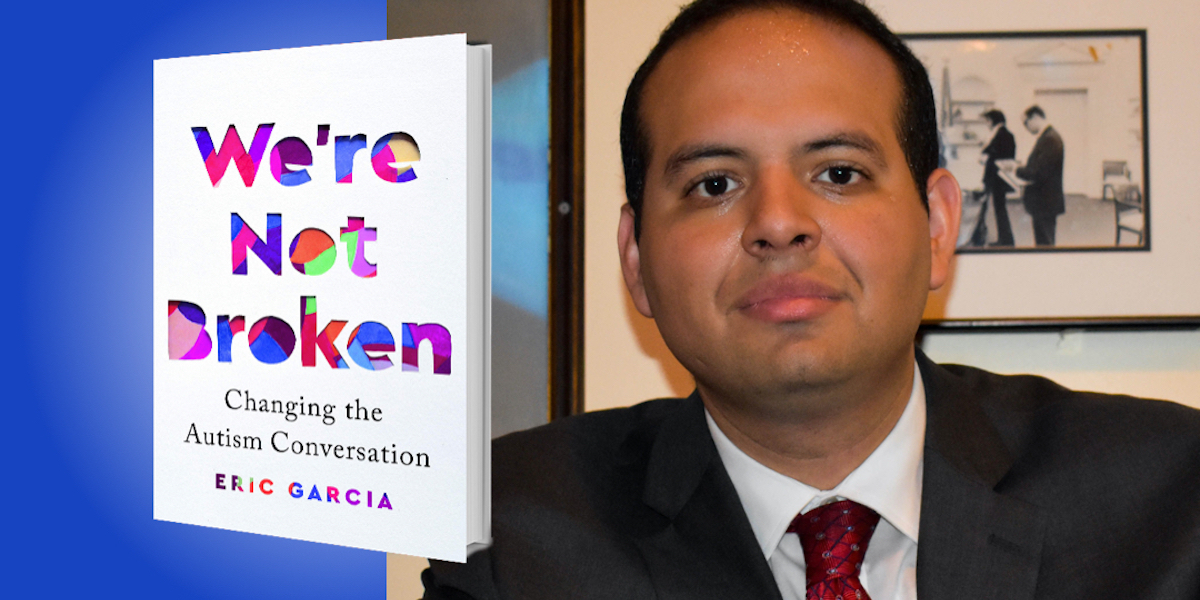 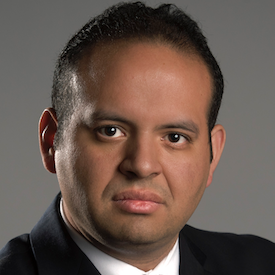 Eric Garcia is the senior Washington, DC correspondent for The Independent. Formerly, he worked as a reporter at Roll Call, MarketWatch, and National Journal and as an editor at The Hill and The Washington Post.

Below, Eric shares 5 key insights from his new book, We’re Not Broken: Changing the Autism Conversation. Listen to the audio version—read by Eric himself—in the Next Big Idea App.

1. Autistic people are not failures.

For years, autism has been misunderstood. Early research suggested that autism was a symptom of schizophrenia, and from the 1940s through the 1970s, many people thought it was the product of unloving parents. This has led some people to argue that autistic people deserve fewer rights; they say autistic people belong in congregate care settings rather than in their community. They argue that autistic people should be paid below minimum wage for their labor. Or most disturbingly, that they should be subjected to shock therapy, like at the Judge Rotenberg Center, a residential and day school in Massachusetts, whose treatment has been condemned by the United Nations’ Special Rapporteur on Torture.

Rights are either rights for everyone, or they are just privileges. Autistic people are as fully deserving of humanity as anyone else.

2. Any discussion about autism should include autistic people.

For too long, much of the conversation around autism has excluded autistic people’s voices. First because people thought autism was a mental illness. Then, because plenty of autistic people have trouble communicating verbally, they are seen as not able to articulate their needs, so their parents need to do so for them. But that approach has not materially improved many autistic people’s lives.

“Rights are either rights for everyone, or they are just privileges.”

Of the $364,435,254 spent on autism research in 2016, the great majority was spent on identifying and eliminating causes of autism. Only two percent was spent on what are called “life-span issues”, which address the ongoing needs of adults living with autism. Autistic people deserve to have their needs treated as valid and have a voice in policymaking.

I was born the year that the Americans with Disabilities Act and the Individuals with Disabilities Education Act were passed, which meant I didn’t have to overcome the same obstacles that my forebears did, and I had opportunities they didn’t have. But plenty of things had to go right for me to get diagnosed with autism—a condition that was just entering the public consciousness.

Conversely, many of the people I interviewed who languished often do so because of policy failures. Lydia Wayman, an autistic woman in Pittsburgh who wound up in a nursing home, told me that she did so because she fell into a crack that isn’t supposed to exist within the system. Maxfield Sparrow, an autistic person I interviewed, wound up working at a facility that paid him below minimum wage because the Fair Labor Standards Act allowed for it.

Autistic people who succeed are often portrayed as extraordinary, but that’s only because we fail them. We need to enact change to make the extraordinary ordinary.

“Autistic people who succeed are often portrayed as extraordinary, but that’s only because we fail them.”

In my chapter on housing, I compare and contrast the lives of Leo Rosa, a young autistic man who lives in the Bay Area of California and requires 24/7 support, and Julia Bascom, who is the executive director of the Autistic Self Advocacy Network in Washington, DC. Both of them are autistic, though the world would consider Leo to be “low-functioning” and Julia to be “high-functioning.” But both require support people for different needs, and both have difficulties with meltdowns or interacting with other people. At the same time, though, they both are capable of living good and happy lives because they have the right people around them. I also profile people like Hari Srinivasan, who has limited speaking capacity but is thriving as a student at the University of California at Berkeley and sits on the federal government’s advisory committee for autism. Calling someone “high-functioning” erases the legitimate needs of some autistic people, while calling some “low-functioning” says they are incapable of living fulfilling, good, and happy lives.

5. Autistic people of color, women, and LGBTQ+ people have been left out of our portrait of what autism looks like.

Leo Kanner, whose 1943 study “Autistic Disturbances of Social Affect” was one of the first widely-read studies of autism in English, said most of the autistic people he surveyed were children of people “either in Who’s Who in America or American Men of Science, or in both.” Nine of the children in Kanner’s first study were Anglo-Saxon, and the other two were Jewish. Meanwhile, Hans Asperger, whose name is where we get the term “Asperger’s Syndrome,” said “the autistic personality is an extreme variant of male intelligence.”

This mindset leads to autistic people of color getting misdiagnosed, and autism in women and girls being missed completely. As a Mexican-American, I take this issue personally, and that’s why I wanted to depict people who don’t fit the stereotypes. If we expand who we see as autistic, we can serve them better.

To listen to the audio version read by Eric Garcia, download the Next Big Idea App today: