Nothing but Net: 10 Timeless Stock-Picking Lessons from One of Wall Street’s Top Tech Analysts 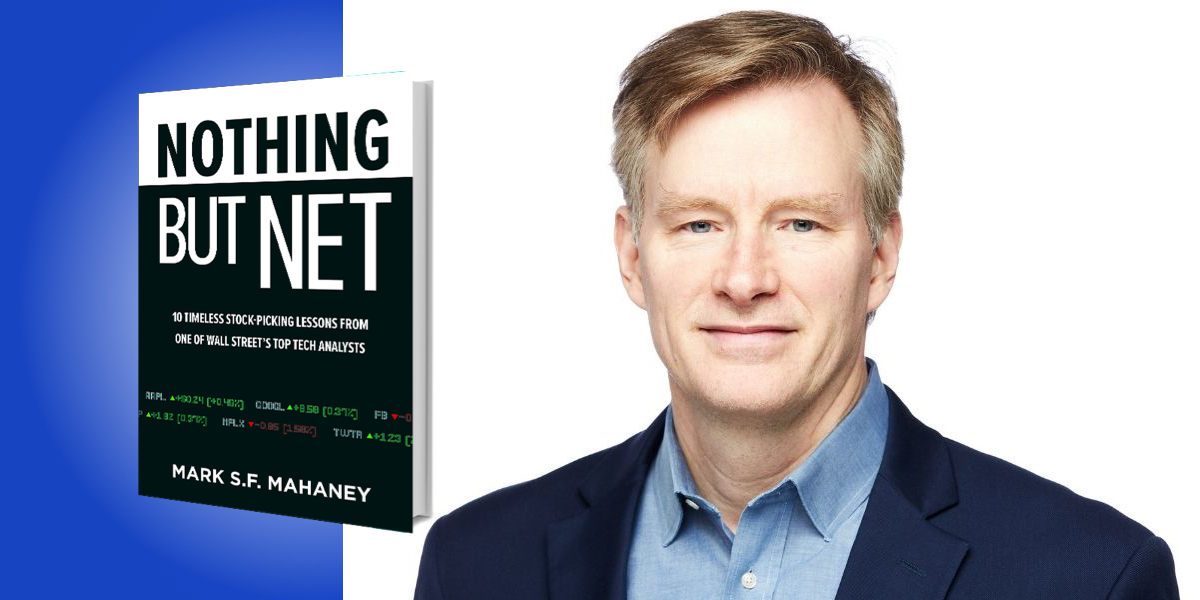 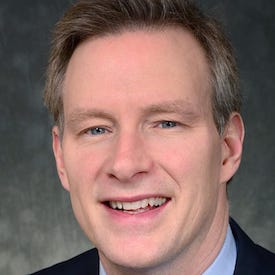 Mark Mahaney has worked on Wall Street since 1998, with Morgan Stanley, Citibank, and American Technology Research, among others. He has watched some of the most explosive stocks in history, like Google rising over 3,000% since its IPO, Netflix rising over 45,000%, and Amazon rising over 160,000%. A legend among internet analysts, he has received awards and top rankings annually for the last 15 years.

Below, Mark shares 5 key insights from his new book, Nothing but Net: 10 Timeless Stock-Picking Lessons from One of Wall Street’s Top Tech Analysts. Listen to the audio version—read by Mark himself—in the Next Big Idea App.

What you’re trying to do when you invest is mitigate two risks: fundamentals risk and valuation risk. Fundamentals risk is the risk associated with a freeze-up in a company’s production process, a sharp deceleration in their revenue growth, missed quarters, and crushed margins. Valuation risk is when you own a stock and its multiple gets slashed, cutting the stock price.

You can never eliminate these risks, but you can certainly mitigate them by hunting for dislocated high-quality stocks (DHQs). High-quality companies are those that are excellent with product innovation, have compelling value propositions and great management teams, and are attacking really large TAMs. Dislocated stocks are ones that have traded off 20–30% from recent highs, and especially those that trade at a discount to their growth rates (sometimes referred to as companies that trade at a P/E below their growth rates).

“Every one of the major consumer tech companies of the last 10, 20, 25 years has been dislocated from time to time, usually at a cadence of about once every year or two.”

2. It don’t mean a thing if it ain’t got that product swing.

Successful product innovation is one of the biggest drivers of fundamentals—factors that contribute to the company’s worth, such as revenue growth. Over the long term, the single biggest determinant of what increases stock value are fundamentals; when revenue and profits get bigger, stocks almost always go higher.

Fundamentals are driven by successful product innovation because they:

There’s a saying in financial circles that past performance is no guarantee of future performance. But I don’t think that’s true when it comes to management teams and product innovation. If you come across a management team that is successfully and regularly innovating new products, services, and offerings, then there’s something in that corporate culture that facilitates such victories for the long haul.

A great example is Amazon. When did Amazon go from being a speculative investment to a core, long-term, buy-and-hold stock? That happened in 2006, 2007, and 2008, when the company rolled out dramatically new products successfully. Those were the years they introduced Amazon Web Services (AWS) and Amazon Kindles; recall that this company started as a simple online bookseller.

When they showed the ability to morph and expand by developing hardware devices like Kindles and offering cloud computing services through AWS, that told you that there was something truly impressive and sustainable about their product-development skills. That is a company whose stock you should stick with. I’ve had a buy on Amazon since 2006, and it’s been a phenomenal run.

“If you come across a management team that is successfully and regularly innovating new products, services, and offerings, then there’s something in that corporate culture that facilitates such victories for the long haul.”

3. The bigger the market, the better.

When choosing to invest in a company, pay attention to the potential value of the market that the company is participating in, known as the “total addressable market,” or TAM. The bigger that market, the greater the opportunity for premium revenue growth. In particular, you want to look for companies that currently have a small-percentage share of a large TAM. That means they have a lot of room to grow.

One of the best examples is the rise of Google. In its early days as a public company, Google had a single-digit percentage share of a global advertising market that was worth more than a trillion dollars. Google then went on to pull off something extraordinary in financial history: Even after reaching 25 billion dollars in revenue, they were able to grow 20% year-in and year-out for a decade. Only Amazon and Apple share this feat.

So look for companies that have the potential to “pull a Google,” to grow rapidly in a very large market.

There’s this wonderful story of the Amazon versus eBay switcheroo. Today, Amazon is the king of online retail with a market cap that’s 50 times greater than eBay’s—but that wasn’t the case in the first decade of the commercial internet. From 1995 to 2005, the real king of online retail was eBay. They had a market cap that was seven to eight times greater than that of Amazon. Their business model was better, they had higher margins, and they were much less capital-intensive. That stock was uber-bullish for multiple periods of time, especially during the .com selloff.

Yet long-term, Amazon became the much better company because it appealed more effectively to customers: better prices, better selection, and more convenience. By investing aggressively in those three areas—constantly lowering price, launching Amazon Prime service, offering free shipping as of 2004—even though it hurt the margins in the near-term and actually took the stock down, Amazon created a much more customer-friendly value proposition. Consumers left eBay and went to Amazon, and the rest is history.

If stocks are driven by fundamentals, then fundamentals are largely driven by management teams. So, if you get the management team right, you’ll likely get the stock right. You want to look for founder-led companies that have deep technology backgrounds, great industry vision, a deep focus on product innovation, and a maniacal focus on customer satisfaction. Let me tell you the story of Netflix.

Netflix was founded in 1997. The name itself conjures the idea that a “flick” or movie would come to you over the internet. That was the initial vision of Netflix, but that was not the initial offering of Netflix. Instead, you got DVDs sent to you via the U.S. Postal Service. Yet when the company was launched, the co-founder and CEO, Reed Hastings, knew that the future of video would be in streaming—hence the name. Back then, it would have taken four hours to download or stream the first five minutes of a movie. But a decade later, as broadband modems and home wifi networks got set up, the initial vision of streaming videos at home became real.

That sort of 10-year-out accurate industry vision is rare, but when you come across it, it’s the sign of an excellent management team. Stick with them.

To listen to the audio version read by author Mark Mahaney, download the Next Big Idea App today: