The Playbook: How to Deny Science, Sell Lies, and Make a Killing in the Corporate World 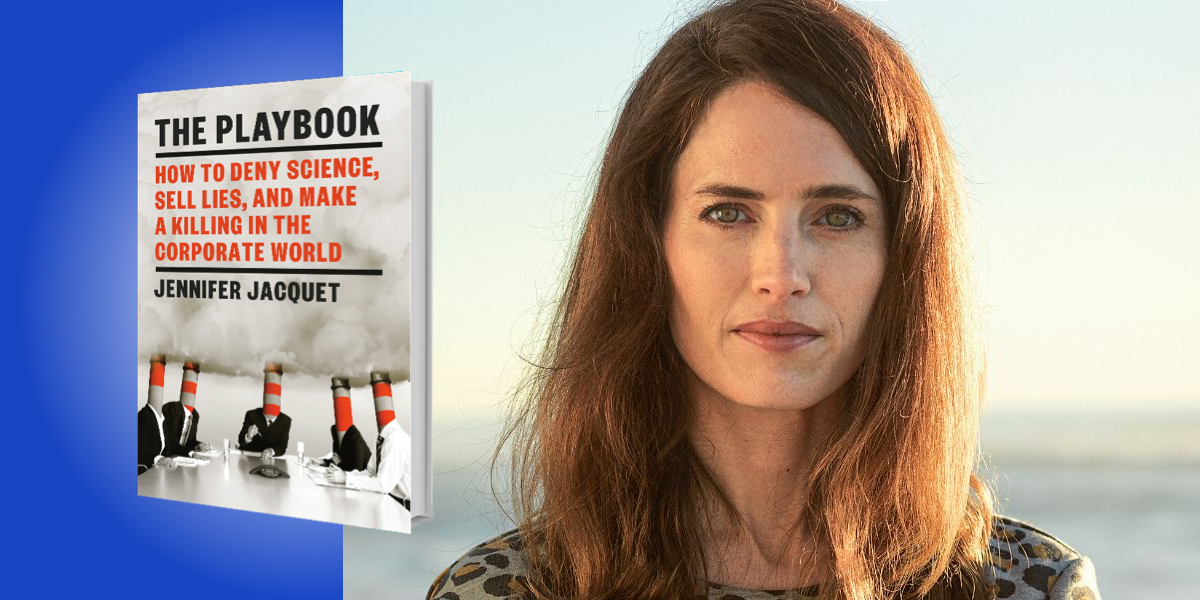 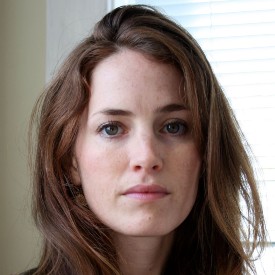 Jennifer Jacquet is an associate professor of environmental studies at New York University.

Below, Jennifer shares 5 key insights from her new book, The Playbook: How to Deny Science, Sell Lies, and Make a Killing in the Corporate World. Listen to the audio version—read by Jennifer herself—in the Next Big Idea App. 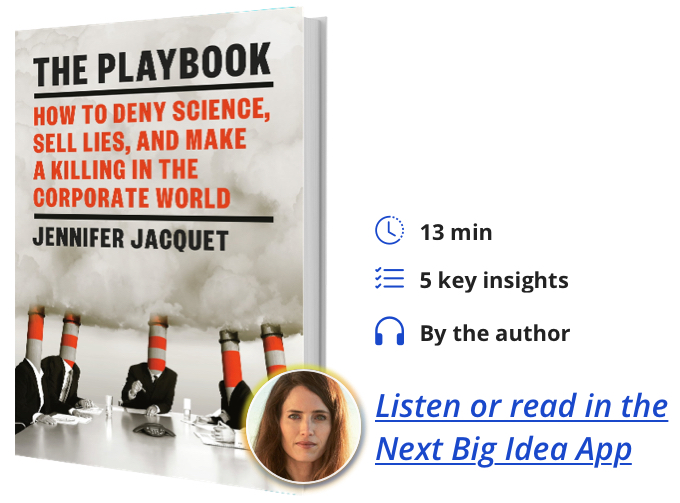 1. This book is for business executives, but is dedicated to science.

As a way of knowing the world, science is arguably the most reliable vehicle for knowledge in human history. It’s hard not to marvel at what science is capable of. The scientific apparatus gave us a vaccine for COVID in an astonishingly short time period. And there is no doubt that the private sector supported science enormously in that case. But what happens when scientific inquiry is at odds with the ultimate objective of a company—their profit?

Say a scientist finds that an herbicide causes endocrine disruption in frogs. The manufacturer of that herbicide may challenge the science, or even that scientist. Some of the features of scientific inquiry that make it so dependable over the long term are actually what make it vulnerable in the short run to corporate attacks. Corporations have learned to exploit those features of science.

“There is a standard strategy for science denial which is prolific, predictable, and on an all-too-grand scale.”

For instance, science is always open to revision and entertaining alternate hypotheses. If you have a vested interest in challenging a line of scientific inquiry, then that principle means that a company, PR firm, or industry scientist can say, There is another credible hypothesis here, or, The problem is so complex that we need more research. This buys time for the company to continue with business as usual by delaying science-based regulation.

2. Business tactics for science denial are prolific and predictable.

Challenging scientific knowledge is just part of business operations now. It’s not any different than cutting wages or using offshore tax havens. Companies are aware that these are sensitive topics which the public would not approve of. They know that these sides of their operations must be confidential or discreet.

I have uncovered a good deal about the general strategy used by companies to challenge scientific knowledge. An astounding number of companies and industries have benefitted from this strategic science denial over the last 100 years. The patterns to challenging science are so obvious once you see them that it really is clear that companies refer to the same playbook. There is a standard strategy for science denial which is prolific, predictable, and on an all-too-grand scale.

There are many sub-strategies—singular pieces to the whole puzzle—like hiring academic scientists paid specifically to defend industry. Great books like Merchants of Doubt about misinformation campaigns, Golden Holocaust about pharmaceuticals, and Empire of Pain about the tobacco industry, have shown that science denial persists across sectors and they share a common wholesale formula.

3. Corporations hire an arsenal of experts.

Corporations don’t challenge scientific knowledge alone. They require a huge web of subcontractors to help them with the denial of scientific knowledge. They have lawyers, PR firms, scientist consultants, and potentially independent university experts which they pay to work with them. Sometimes corporations go as far as to create grassroots campaigns to further their agenda, or fund those that already share mutual interests.

“When businesses are motivated to challenge scientific knowledge they hire an arsenal of experts.”

Their approach is not dissimilar from hiring a team of accountants to figure out how to minimize taxes. When businesses are motivated to challenge scientific knowledge they hire an arsenal of experts. This is one reason that the playbook has been so successful, because these experts can refine and disseminate their counter-message. These experts often learn from approaches that have worked for other industries, such as chemical manufacturers looking to tobacco or to fossil fuel companies. The playbook keeps getting bigger and better because each industry perfects and builds off of the strategy of other companies. This produces an evolving, layered expertise in the art of weaving the web of denial.

4. The four-pronged strategy to science denial.

There is a four-pronged strategy that corporations use to challenge scientific knowledge. The first is that the corporation or industry may say that the science establishing the problem is not strong enough. This is grounds to say that the problem doesn’t exist. The most obvious example of this is fossil fuel companies denying that climate change even existed. Not that greenhouse gases were to blame, but that climate change as a problem did not exist.

The second is to challenge the science of causation. An example is how large meat and dairy companies claim that though there is climate change, cows are a very small part of the problem. They really don’t cause much anthropogenic climate change and thus should not be the focal point of reform.

The third is to challenge the messengers, like scientists, journalists, or activists who are spreading scientific messages that threaten business. For instance, the case of Syngenta going after a scientist named Tyrone Hayes. He showed that an herbicide causes endocrine disruption in frogs, so Syngenta attacked his reputation to weaken the credibility of his findings.

“The playbook has been around for a very long time. It has gotten bigger, better, smarter, more digital, and the real question is what to do about it?”

The fourth prong in this strategy is to challenge the policy implications. Economists are enlisted to say that the science-based policy would ruin the economy, for example by claiming it would be too expensive to address climate change. This fourth approach is a last-ditch resort though, because companies prefer to not even get to the stage of discussing policy.

5. There have been three waves of playbook authorship.

A lot of people point to cigarette manufacturers as the original authors of the playbook, but there was a first wave of denial by the private sector in regards to worker health and safety issues in the early 20th century. The lead industry, radium industry, and asbestos industry—they all challenged scientific evidence around worker health and safety because they did not want new regulations intervening and affecting business.

Then the second wave of private sector denial occurred over consumer products, like tobacco and pharmaceutical drugs, in the mid-20th century. This, before a third wave in which companies began denying the ecological harm from their products, beginning in the later part of the 20th century. The most obvious case being fossil fuels and global warming, but this also includes, for instance, manufacturers of DDT denying the dangerous impact of this insecticide on birds and ecosystems.

The playbook has been around for a very long time. It has gotten bigger, better, smarter, more digital, and the real question is what to do about it? We are going to need a lot more energy invested in solving this problem. I hope you’ll help.

To listen to the audio version read by author Jennifer Jacquet, download the Next Big Idea App today: