Playmakers: How the NFL Really Works (And Doesn’t) 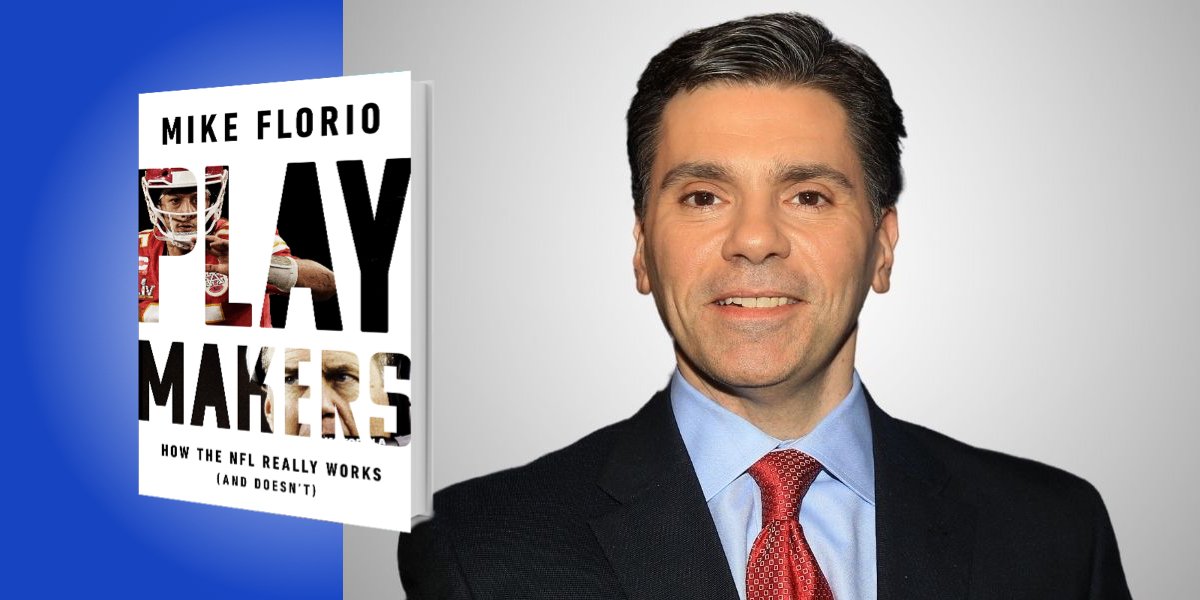 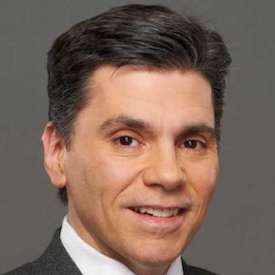 Mike Florio has owned and operated Profootballtalk.com for more than 20 years. For more than a decade, he has been part of NBC’s Football Night in America, and he hosts weekday shows on Peacock, SiriusXM 85, PFT Live, and PFT PM.

Below, Mike shares 5 key insights from his new book, Playmakers: How the NFL Really Works (And Doesn’t). Listen to the audio version—read by Mike himself—in the Next Big Idea App.

1. The NFL draft should go.

You could be born in Florida, play high school football in Florida, choose to attend college at one of the various Florida football universities, but then, just because the team that held dibs in the 27th spot in round two of the draft happens to be located in Seattle and put your name on a card, you are sent to Seattle. It shouldn’t be this way.

That said, the NFL is never going to remove the draft. It’s a huge off-season tent pole for publicity—millions of people tune in. Most players accept it, and even regard it as an honor to be drafted. They see it as a privilege, even though they are robbed of the ability to decide how and where their professional careers will begin.

Most media players go along with it, and there are plenty in the media who profit from the draft, as the event has weeks of buildup and days of intense coverage. There could be some other, new system developed in which rookies choose their teams, with strict salary caps, and limits on how much can be spent. A system like this wouldn’t go off the rails, the way that many believe it would. But many, if not most, simply want to keep things the way they are.

2. More players entering the draft process need to push back.

Pushback from players doesn’t happen often. We saw it in 1983 with John Elway, when the Baltimore Colts drafted him and he didn’t want to play there. He ended up being traded to the Denver Broncos. We saw it again 21 years later when Eli Manning, drafted by the San Diego Chargers, made it clear (through his father, Archie) that he didn’t want to play for the Chargers. Eventually, he was traded to the New York Giants.

“Players with concerns should be willing, able, and encouraged to act on those. More players who are in a position to take a stand should do so.”

It’s been 18 years since we saw effective pushback from a player—at least publicly. It would be an unpopular thing for players to do, just as it was unpopular for Elway and Manning. But the players have the power, and more players should be willing to use it—especially quarterbacks. Countless careers have been ruined or limited by being drafted by bad organizations. That’s the NFL’s current structure: the worst teams get the best opportunity to squat on an incoming player, and potentially absorb him into their dysfunction.

In 2020, Joe Burrow considered not playing for the Cincinnati Bengals. They were the team that held the first pick in that year’s draft, but he is an Ohio native. If he was from Athens, Georgia, rather than Athens, Ohio, he would have refused to play for the Bengals. Now, it worked out tremendously for Burrow, but he had concerns at the start. Players with concerns should be willing, able, and encouraged to act on those. More players who are in a position to take a stand should do so.

3. Some would call the NFL’s officiating issues a crisis.

Despite these serious problems, they’re not making the league any less popular. The league continues to be successful no matter what it does wrong. Even if the league were trying to screw things up, it would continue to make money and generate high ratings.

When it comes to officials, however, the league desperately needs full-time employees. Currently, it’s officiated part-time by people who are dividing their attention, interests, and loyalties between two different jobs. Anytime anyone does that, one of the jobs is never getting the best. The NFL isn’t getting the best. But if the NFL said to the part-time officials, “You’ve got to pick one or the other,” then to get them to pick officiating, they would have to pay them enough to cover sacrificing their other job. Frankly, the NFL is too cheap for that.

It’s something the NFL needs to be concerned about, because bad calls create a sense among fans that the fix is in, even though it isn’t. As legalized gambling continues to spread across the country, it becomes more important that the NFL creates the impression that it’s doing everything it can to get to 100 percent accuracy on calls. This is why the NFL needs to spend money on full-time officials. The money could come out of revenue from gambling partnerships. It’s estimated that by the end of the decade, the league will be generating $1 billion of additional money simply from gambling partnerships.

“Bad calls create a sense among fans that the fix is in, even though it isn’t.”

4. The NFL should be concerned about the potential impact of legalized gambling on pro football.

One potential complication of officiating isn’t incompetence, but rather affirmative wrongdoing. Think Tim Donahue, NBA referee, who played a role shaving points and fixing games. In the NFL, a referee could exercise plenty of discretion when it comes to throwing flags in such a way that slants the result. The NFL needs to be incredibly vigilant that none of their officials are compromised.

But it’s more than that. With legalized gambling, there’s value for insider information such as injuries. The NFL’s current injury reporting system is as basic as it can be, and is routinely violated. The league doesn’t do anything about it because the league doesn’t want to announce to the world, “Hey, we’ve got corruption happening right under our noses that we don’t want to deal with.”

Beyond who’s injured, the next complication is the game plan. Who has access to it? Who knows how often the starting running back is going to get the ball? Who’s been in a position to see the first 15 plays that have been scripted on the whiteboard by the head coach? Who’s wandering into that room? Who else on the team knows who’s going to be featured this game? What kind of wagers could be made with that information?

This becomes even more important as new technology is implemented. Technology with no latency or lag exists, and when it is rolled out universally, there will be betting throughout the games one play at a time. Anyone on the sideline with information about the next play can make information available to the people sitting at home or in a bar, who are ready to make a bet on what the next play is going to be. This development makes it critical to safeguard information regarding the way a game is going to unfold.

All it takes is one scandal to result in the possible creation of a federal agency with oversight of professional sports. There’s going to be greater incentive by legislators and prosecutors to make sure that nothing untoward is happening.

“The league doesn’t want to announce to the world, ‘Hey, we’ve got corruption happening right under our noses that we don’t want to deal with.’”

5. The NFL is in desperate need of reevaluating its ownership rules and structures.

The values of teams will continue to increase, making it harder and harder to find individuals with the financial wherewithal to purchase teams. Currently, one person has to purchase 30 percent of the team when a team is for sale. As of right now, the Broncos are on the market. If you’re going to buy the Broncos, you need a check for 30 percent of the equity, money to run the team, and you can only borrow up to $1 billion to make the transaction happen. There are clear rules that make it difficult to find someone with the money to buy the team.

Money is the primary factor—not if you would be a good steward of the franchise, a good partner for the other owners, or will do things the right way. It just comes down to if you have enough money. So, we have a system of oligarchs who own these teams. Some care enough to do things the right way (even if they lack the skills to do so), while others just view the team as an investment. Oftentimes a team is passed down from one generation to the next, and then inevitably that team lands with a generation where the people who get access to it don’t know what they’re doing.

The NFL needs to explore other ways of transferring ownership of teams in order to allow for different structures. The Packers became a corporation back in the twenties, by necessity, and the NFL isn’t inclined to allow that to happen again. The NFL needs to be creative when it comes to reexamining the wisdom of allowing one person to be in charge of an entire team. Should there really be only one person with the power to do whatever they want, and refusing to do things the league office may request—such as genuine efforts to improve diversity in the hiring of coaches?

To listen to the audio version read by author Mike Florio, download the Next Big Idea App today: