The Politics of Our Time: Populism, Nationalism, Socialism 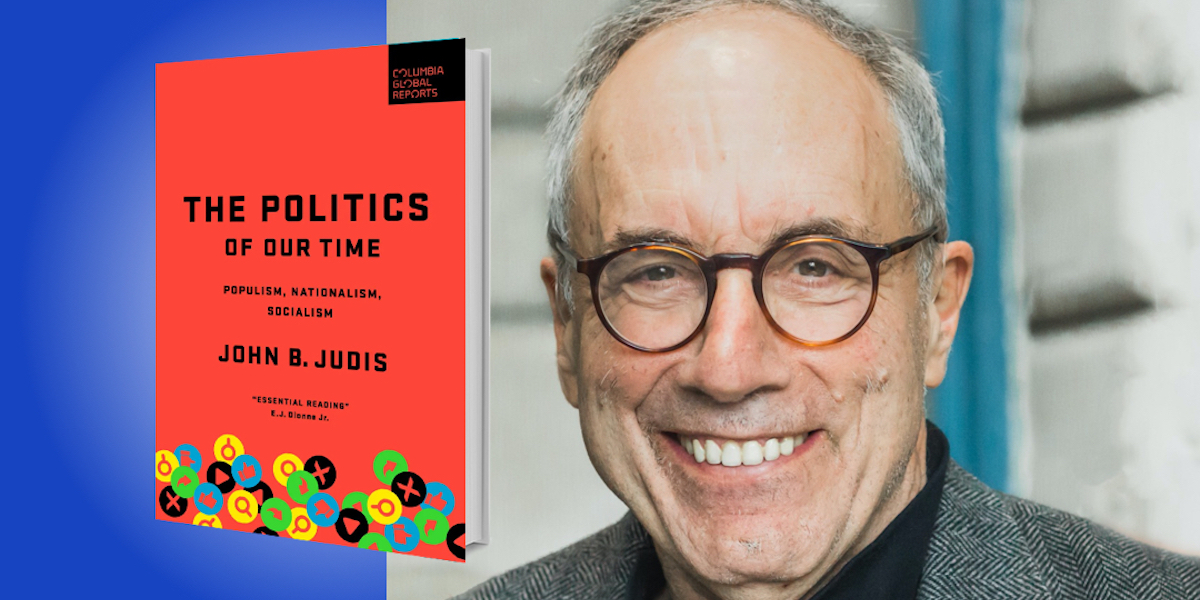 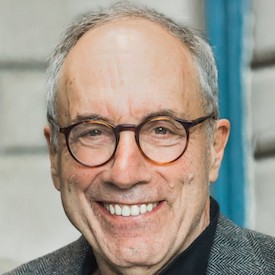 John B. Judis is a longtime political journalist and the editor-at-large at the news and opinion website Talking Points Memo. He is the author of eight books, and has written for numerous publications, including The New Republic, The National Journal, The New York Times Magazine, and The Washington Post Magazine.

Below, John shares 5 key insights from his new book, The Politics of Our Time: Populism, Nationalism, Socialism (available now from Amazon). Listen to the audio version—read by John himself—in the Next Big Idea App.

History doesn’t proceed in a straight line. Chaos and discord can follow decades of relative stability and consensus. Utopian dreams can give way to dystopian nightmares—and finally, we hope, to realistic reassessments. Think back to the last decades of the twentieth century: The end of the Cold War, the internet boom, and the creation of the European Union fed buoyant hopes of peace and prosperity. The free movement of goods, people, and money would extend prosperity globally. In the United States, Treasury officials assured us that recessions would become relics of the past. Russia and China would become part of a new democratic capitalist world order. In Europe, the struggling south would catch up to the affluent north; post-communist Eastern Europe would be integrated into the democratic West.

None of this came to pass. Instead, we got the Great Recession in the United States and Europe, Brexit, the growing illiberal regimes in Eastern Europe, and the renewal of hostilities with authoritarian regimes in China and Russia. We have also witnessed the re-emergence of two political tendencies—populism and nationalism—that had been given up for dead decades before.

“Populism is an early warning signal that a consensus is breaking down and needs to be replaced.”

Populist politics originated in the United States in the late 19th century, and have erupted periodically in the US, Europe, and Latin America ever since. There have always been marginal parties on the left and right, but populism has taken hold when a significant minority of the population has become disillusioned with the political program and promise of the leading parties. Populism is an early warning signal that a consensus is breaking down and needs to be replaced. It is not an ideology like liberalism or conservatism, but a political framework that can accommodate leftwing and rightwing politics.

On the left, populism appears as a simple clash between the people and the establishment. It is typified by Occupy Wall Street’s campaign against the one percent, or Bernie Sanders’ against the “billionaire class.” On the right, you find many of the same economic concerns about the rich and powerful, bad trade deals, Wall Street speculators, and companies leaving for overseas. But you also find the charge that the establishment is coddling an outgroup—for instance, illegal immigrants, Muslims, or African Americans. That is the politics of Trump, Marine Le Pen’s National Rally, the Alternativ fur Deutschland and Italy’s Lega Nord. Together, these populist parties and candidates have challenged the promise of the free market, globalization, and the European Union.

You cannot have an effective democracy or an advanced welfare state unless citizens share a common commitment to their nation. People in Ohio have to be willing to pay taxes that will benefit people in Nevada that they will never see or meet. They have to believe these Nevadans are deserving of their support because they, too, are Americans. If this trust breaks down, a country’s politics can be plunged into chaos.

“Periods of discord can bring out extremes—in this case, an exclusionary, toxic nationalism on the one side and a rejection of nationalism and even patriotism on the other.”

In times of historic discord like the present, you get parties and politicians that advocate an explicit nationalist politics of us vs. them. Some of these political leaders—such as Lincoln or Franklin Roosevelt—have been on the left or center; others—such as Hitler or Mussolini—have been on the right. In the last decade of discord, rightwing parties and politicians have wedded a populist economic appeal to an exclusionary nationalism. That kind of nationalism is typified by Trump, Le Pen, Brexit’s Nigel Farage, and Hungary’s Viktor Orban.

At the same time, much of the left in the United States and Europe has gone in the exact opposite direction, rejecting any hint of nationalism and common nationality and implicitly undermining their own argument for an advanced welfare state. That has been the effect of proposals for open borders. The British Labour Party even proposed allowing non-citizens who were in the country to vote in national elections. In short, periods of discord can bring out extremes—in this case, an exclusionary, toxic nationalism on the one side and a rejection of nationalism and even patriotism on the other.

4. The Need for Big Government

The challenges now facing the United States and Europe are similar to those they faced almost a century ago. The Great Depression of the 1930s discredited the gold standard internationally and laissez-faire economics at home. And the post-World War I settlement at Versailles led to preparation for war rather than to an enduring peace. In the 1930s, the depression and international strife created a greater role for national governments, but government intervention took very different forms: in central Europe, you got national socialism and fascism and a war for empire; on the left, in the United States, you had the New Deal and eventually the attempt at a United Nations and a new international monetary system. However, in countries like France and Great Britain during the 1930s, you got either political instability or indecisiveness.

“After Trump’s defeat in November 2020, his populism degenerated into an assault on democracy that was reminiscent of Latin American rightwing populism.”

Today, the challenges and the potential responses are very similar. The United States and Europe have been forced by economic downturns, conflicts within the international trading system, and growing global hostilities to increase government intervention in the market. Add to that, too, the challenge of climate change and the pandemic. And the question today, as in the ’30s, is whether that intervention will come from the right or the left, or be stymied by indecision and instability.

5. The Danger of an Unstable Equilibrium

Donald Trump’s presidency represented a rightwing intervention: big government (epitomized by Operation Warp Speed), tax cuts and the removal of regulations to encourage investment at home, heightened trade conflict with China, an attempt to limit immigration from south of the border, accompanied by a nativist and bigoted politics. After Trump’s defeat in November 2020, his populism degenerated into an assault on democracy that was reminiscent of Latin American rightwing populism. It remains to be seen whether that kind of rightwing populism will became a permanent fixture of Republican politics. I doubt it, but I also doubted that Trump would be elected president in 2016.

Joe Biden very much represents a center-left alternative: huge relief and recovery programs that seek to redress inequalities of wealth and power and address the challenge of climate change; along with that, the continuation of Trump’s agenda on trade and on bringing industry back to the United States. Will Biden succeed? He faces three serious obstacles: a historic American aversion to big government initiatives that goes back to the American Revolution; a seemingly intractable regional division between thriving high-tech metropolises and a deindustrialized middle America that underlies our polarizing cultural and political divisions; and the presence in Biden’s Democratic coalition of an extreme left that reinforces these divisions by taking deeply felt, but manifestly unpopular positions on race, gender, immigration, and public safety.

The 2020 election was important in charting the future, and so will be the elections in 2022 and 2024. The alternatives we face are like those America and Europe faced in the 1930s: Will we move left, as Biden has attempted, or right, as Trump’s administration foreshadowed, or through an alternation in rule of our polarized parties, suffer from decisions being made and then unmade, as they were in Western Europe of the 1930s?

To listen to the audio version read by John Judis, download the Next Big Idea App today: