The Pop-Up Pitch: The Two-Hour Creative Sprint to the Most Persuasive Presentation of Your Life 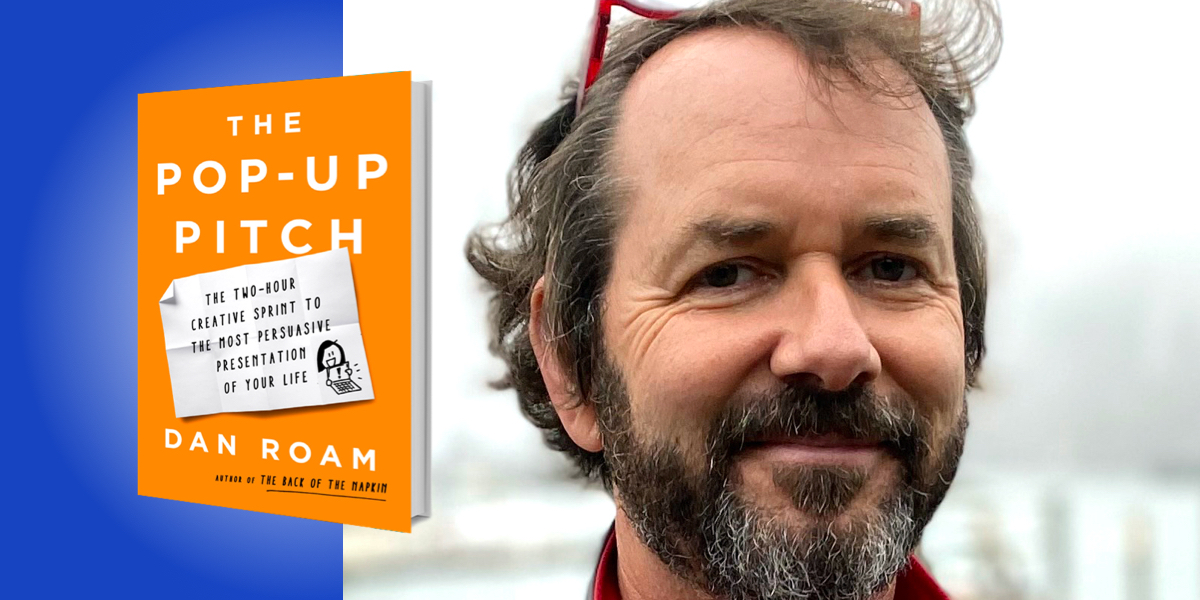 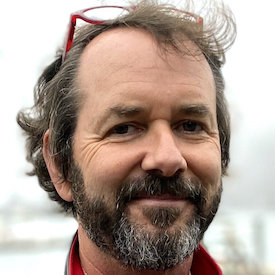 Over the past several years, Dan Roam has written a series of books on how to help business professionals become better thinkers and communicators through the power of the visual mind. He has advised organizations like Microsoft, IBM, and the White House, and also has appeared on major news outlets like CNN, ABC, NPR, and more.

Below, Dan shares 5 key insights from his new book, The Pop-Up Pitch: The Two-Hour Creative Sprint to the Most Persuasive Presentation of Your Life. Listen to the audio version—read by Dan himself—in the Next Big Idea App.

1. When it comes to persuasion, a story always beats a presentation.

There’s something in a story that makes us feel safe: something familiar, reassuring, and clear. We need stories to organize the world around us, to present ourselves and our organizations, and to untangle crisis and complexity. Stories are more important now than ever, as the world has become more and more complex. And yet, in business, no one really teaches us how to tell them.

One of the greatest teachers of storytelling is George Lucas, the creator of the Star Wars universe. Although it was a long time ago, I remember that when I first saw Star Wars—I was so mesmerized that I didn’t even realize I was having a story told to me. I just went along for the ride. So did the rest of the world, making Star Wars one of humanity’s most popular story series of all time.

Yet there’s another story about George Lucas that many people don’t know. When he was a teenager, he raced cars all the time—until one day, when he crashed his car. In that crash, his heart stopped, and he died. But as fate would have it, bystanders pulled his body from the wreckage, and doctors were able to revive him.

“People are happier and more successful when they work together, and that was the story he decided to tell—the story that ultimately became Star Wars.”

George Lucas (and this is a direct quote from him) said that from that day on, he always felt like he was given an extra day. He wanted to pay attention during those extra days to better understand what made the world good. And one of the things that he realized makes the world good is when people work together and support each other to achieve something. People are happier and more successful when they work together, and that was the story he decided to tell—the story that ultimately became Star Wars. A simple story of misfit friends who work together to literally save the universe.

I suppose George Lucas could have put that into a PowerPoint presentation, in which he talked about how we can achieve more effectively when we work as teams. He could have used data and charts and frameworks, and wrapped it all up with a page of summary bullet points. All of that would have been lovely, but it would never have been Star Wars.

2. The best stories are the simplest to tell.

The best story of your life is going to be one of the simplest to tell, because the best stories follow a template. The best template, it turns out, is only ten statements long. It could be ten slides, ten pages, or ten paragraphs, but it can always be told as a journey of ten steps. It’s built from the beginning to a middle to an end. It’s a classic tale that humans have been telling each other since the beginning of time.

Back to George Lucas: Where did he get the idea for how he would tell the story of Star Wars? He got the storyline when he was back in school after recuperating from his car crash. In community college, he happened to read a book by Joseph Campbell called The Hero with a Thousand Faces. In that book, Campbell (a famed anthropologist who had traveled the world studying the greatest stories and myths of all time) realized that there was a common storyline he called “the monomyth.” That storyline has become known colloquially as “the hero’s journey.”

“The real story in the hero’s journey is that the hero is us. We are the heroes of our own life.”

If you actually look into what the monomyth is, and how Campbell described it, there is a hero, but he or she isn’t what you’d necessarily expect in the sense of true heroic scale and achievement. The real story in the hero’s journey is that the hero is us. We are the heroes of our own life. Whatever we seek to achieve, be it simply the act of growing up, or going out into the world to make our own way—whether to find a job or raise a family or achieve success—in the context of the hero’s journey, that is the act of a hero.

If you look at this classic monomyth structure, you can combine it with other ideas that are equally powerful, like behavioral economics, classic American sales techniques, and good old positive persuasion. When you read about behavioral economics from people like Daniel Kahneman and Dan Ariely, you see that there are many irrational biases in the stories we tell ourselves as we make decisions. These biases can often be predicted along lines that look a lot like key turns in the hero’s journey. Weave in the kinds of positive messages we like to hear when we’re willing to be persuaded, and the patterns become even clearer.

When it comes to positive persuasion, the hero’s journey, behavioral economics, and classic salesmanship all end up being quite parallel. If you spin them together, you can derive a simple ten-turn emotional journey. Those ten turns form the backbone of a simple story for positively persuading someone to take a new action or to think in a different way. I call this storyline the “Ten Page Pitch.”

“Your visual mind already knows more about what you think than your verbal mind is willing to admit.”

It’s estimated by cognitive scientists and neurobiologists that roughly half of your brain is dedicated to processing vision. In fact, more of your brain is there to help process vision than any other thing that you do. Think about that. Think about what might happen if you could seize the power of your visual mind, which already spends so much time seeing the world clearly. If you could seize that power and put it into your storytelling, you would be amazed with what you already know, how easy it is to communicate those ideas to yourself, and how easy it is to craft that visual story to share with someone else.

When you combine visuals and story, telling the best story of your life is pretty simple. If you just follow the template to create the ten-turn journey and add pictures, you’re not just going to create a ten-paragraph story—you’re going to take us from beginning to middle to end through positive persuasion, and you’re going to amplify it through the simplest possible pictures.

4. All meetings are equal, but some are more equal than others.

“All of those meetings, at a core level, require you, as the person who’s leading the meeting or running the presentation, to have the ability to persuade.”

All of those meetings, at a core level, require you, as the person who’s leading the meeting or running the presentation, to have the ability to persuade. Even if you’re just delivering a new piece of information, you still have to persuade people that it’s important so that they take action on it. If you’re trying to teach someone, you have to persuade them that the idea is a good idea, and it may replace or complement or amplify an existing idea. Certainly, if you’re selling something, that is all about persuasion. So, all of these meetings exist, and it’s the job of the presenter to create a story that best suits that particular meeting.

5. When it comes to persuasion, be positive.

There’s a lot of negative energy out there, and we see how much attention it gathers. But you know what the good news is about being human? In the end, we are always driven to do more good and meaningful things through positive persuasion than through negative persuasion. Always.

In Daniel Kahneman’s book Thinking, Fast and Slow, he gives an example about something called “positive framing.” Within the whole world of behavioral economics, what we’re beginning to see is if you want people to do well at something, if you positively frame the original opportunity or challenge, as opposed to negatively framing it, people’s action will be much more positive, and will deliver a far better result.

The big ideas culminate in this: If you want to get someone to take action, tell them a story from a positive perspective, and make sure that story fits the meeting, takes advantage of visual imagery, and follows the steps of the fundamental ten-step journey.

To listen to the audio version read by author Dan Roam, download the Next Big Idea App today: