The Power of Being an Outsider in an Insider World 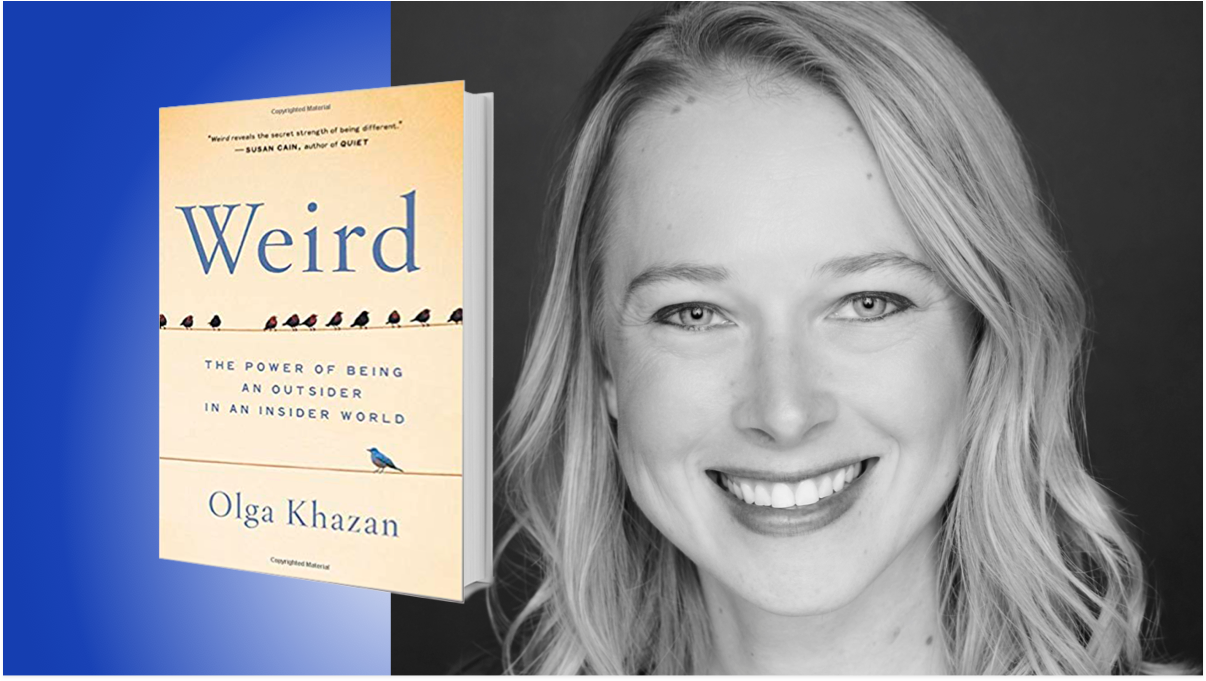 Olga Khazan is a staff writer for The Atlantic whose new book is Weird: The Power of Being an Outsider in an Insider World. She is a two-time recipient of the International Reporting Project’s Journalism Fellowship, and the winner of the 2017 National Headliner Awards for Magazine Online Writing.

Below, Olga shares 5 key insights from Weird in this exclusive Next Big Idea Club Book Bite. Download the Next Big Idea app to enjoy more Book Bites, Ideas of the Day, ad-free podcast episodes, and more.

Tight cultures are those in which social norms are strict and formal, and the punishments for breaking them are severe. Loose cultures, on the other hand, are much more tolerant of a wide range of behaviors, and are friendlier to people who break the mold. So if the people around you make you feel weird or excluded, it could be because the culture of your workplace, city, or social circle is tight.

2. Being a proud oddball can enhance your creativity.

An experiment led by Johns Hopkins business professor Sharon Kim showed that when study participants experienced rejection, they were much more creative in drawing unusual alien figures. This advantage was only present, however, when the snubbed participants considered themselves unique, and took pride in not belonging to any particular group.

3. Being weird can help you stay true to your principles.

People with strong virtues are often able to resist following social norms, especially when they can see those norms leading to a dark place. Furthermore, a 2003 study found that among students who felt that gay couples should be recognized under the law, those who felt their view was the morally correct one were willing to stick by their beliefs, even when they were told their view wasn’t popular.

If your uniqueness is creating interpersonal difficulties, look at your problems through a big-picture third-person lens, like a friend or mentor would. We can be much better at solving problems and thinking of advice when we imagine that the issue pertains to someone else, or when we refer to ourselves in the third person instead of using “I.”

Newcomers to a group are better accepted if they first pay homage to its established values and goals, and then start to deviate in small ways. In other words, conform at first, then innovate—it’s a good way reassure people that you can be normal in theory before you fully unleash your weirdness. In fact, this strategy played a big role in The Beatles’ massive success.