The Power of Regret: How Looking Backward Moves Us Forward 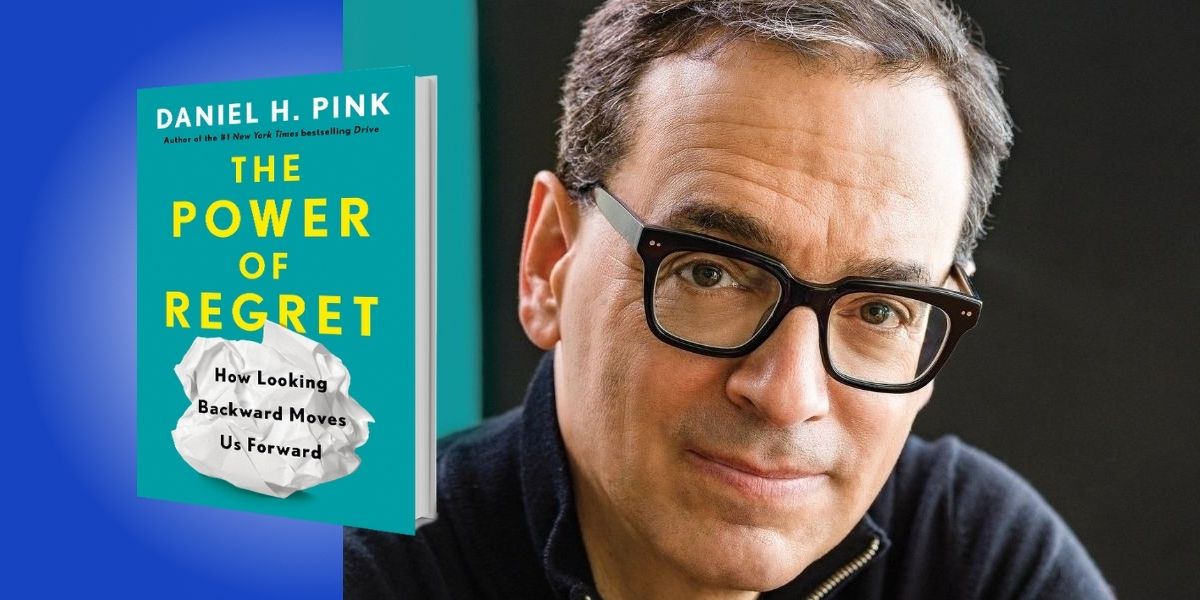 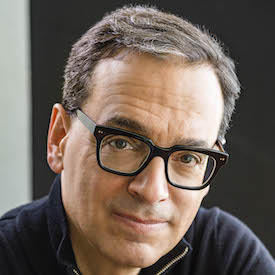 Daniel Pink is the author seven books about business, work, creativity, and behavior, including the #1 New York Times bestsellers Drive and To Sell Is Human. He is also one of our curators here at the Next Big Idea Club.

Below, Daniel shares 5 key insights from his new book, The Power of Regret: How Looking Backward Moves Us Forward. Listen to the audio version—read by Daniel himself—in the Next Big Idea App.

“No regrets.” We hear it everywhere—in hit songs, on tattoos, in celebrity interviews. The message booms from every corner of the culture. Forget the past, seize the future, bypass the bitter, savor the sweet. A good life has a singular focus (forward) and an unwavering valence (positive).

This philosophy makes intuitive sense, but there’s just one problem: It’s dead wrong. Regret is not dangerous or abnormal, a deviation from the steady path to happiness; it is healthy and universal, an integral part of being human. Everyone has regrets. In one study from the 1980s, regret was the second most-common emotion expressed in interviews, trailing only love. In 2008, social scientists found that among negative emotions, regret was both the most experienced and the most valued. And in my own survey of nearly 4,500 Americans, 99 percent of people admitted that they do at least occasionally experience this emotion.

Regret is a universal human experience. The only people who don’t have regrets are five-year-olds, people with brain damage and neurodegenerative disorders, and sociopaths.

In other words, the inability to feel regret—in some ways the apotheosis of what the “no regrets” philosophy encourages—isn’t a sign of psychological health. It’s the sign of a grave disorder.

Why is regret hard to take and harder to avoid? Why is it so prevalent? Are we all masochists? No. Well, at least not all of us. Instead, we are wired for survival. Regret makes us feel worse, but it can make us do better. Indeed, the way it makes us do better is by making us feel worse. A half-century of research shows that dealing with our regrets properly—not ignoring them, but not wallowing in them either—delivers at least three benefits.

“Regret makes us feel worse, but it can make us do better.”

First, it can sharpen our decision-making. In one study, negotiators fared better on subsequent interactions if they considered previous negotiation regrets. Reflecting on prior regrets can help us avoid cognitive biases, like escalation of commitment to a failing course of action.

Second, regret can elevate our performance on a range of tasks. People who regret their performance on problem-solving tasks do better on their next attempts to solve problems. Even hearing about other people’s regrets can change our thinking for the better. People who heard a story about a woman who narrowly missed out on winning a trip to Hawaii because she switched seats scored 10 points higher on the LSAT, the law school admission test.

Third, regret can strengthen our sense of meaning and connectedness. People who think counterfactually about pivotal moments in their lives experience greater meaning than those who think explicitly about the meaning of those events. Likewise, when people consider counterfactual alternatives to life events, they experience higher levels of religious feeling and a deeper sense of purpose than when they simply recount the facts of those events.
This way of thinking can even increase feelings of patriotism and commitment to one’s organization.

In short, regret can make us better by improving our decisions, boosting our performance on problem-solving tasks, and deepening our sense of meaning.

3. To understand what people regret, look beneath the surface.

Beginning with George Gallup in 1949, pollsters and professors have tried to determine what people regret. Do they have career regrets, education regrets, romance regrets, health regrets, family regrets, financial regrets? And since the mid-20th century, their answer has been unsatisfying.

“People seem to express the same four core regrets, irrespective of the domain of their life.”

People regret a lot of stuff. No domain predominates. But I think I figured out the riddle. What’s visible and easy to discover—the realms of life, such as family, school, and work—is far less significant than a hidden architecture of motivation and aspiration that lies beneath it. In analyzing 15,000 regrets from people in 105 countries, I’ve found that people seem to express the same four core regrets, irrespective of the domain of their life.

One is foundation regrets. Many of our education, financial, and health regrets are actually different outward expressions of the same core regret: our failure to be responsible, conscientious, or prudent. Our lives need some basic level of stability.

The second category: boldness regrets. A stable platform for our lives is necessary, but not sufficient. One of the sturdiest findings in academic research and my own is that over time, we are much more likely to regret the chances we didn’t take than the chances we did.

Third: moral regrets. Most of us want to be good people, yet we often face choices that tempt us to take the low road. When we behave poorly or compromise our belief in our own goodness, regret can build and then persist.

Finally, connection regrets. Our actions give our lives direction, but other people give those lives purpose. Many human regrets stem from our failure to recognize and honor this principle. Connection regrets arise anytime we neglect the people who help establish our sense of wholeness. When those relationships fray, disappear, or never develop, we feel an abiding loss.

4. Science offers a systematic way to deal with our regrets.

So, what can we do to turn our existing regrets into engines of progress? Science suggests a three-step process.

First, look inward through self-compassion. Self-compassion, pioneered by Kristin Neff at the University of Texas, begins by replacing searing judgment with basic kindness. It doesn’t ignore our screw-ups or neglect our weaknesses; it simply recognizes that being imperfect, making mistakes, and encountering life difficulties is part of the shared human experience. By normalizing negative experiences, we neutralize them. Self-compassion encourages us to treat ourselves with kindness rather than contempt so that we can move on.

Second, express outward through self-disclosure. We’re often skittish about revealing negative information about ourselves to others. But an enormous body of literature makes clear that disclosing our thoughts, feelings, and actions by telling others—or simply writing about them—brings an array of physical, mental, and professional benefits. Disclosing regret lifts the burden, and by converting the blobby, amorphous negative emotion into concrete words, we make the threat less menacing and can begin making sense of what happened.

Third, move forward through self-distancing. When we’re beset by negative emotions, including regret, one response is to immerse ourselves in them, but immersion can catch us in the undertow of rumination. A better, more effective, and longer-lasting approach is to move in the opposite direction—not to plunge in, but to zoom out and gaze upon our situation as a detached observer. Self-distancing helps you analyze and strategize, examine the regret dispassionately, and then extract a lesson from it that can guide your future behavior.

“Self-compassion encourages us to treat ourselves with kindness rather than contempt so that we can move on.”

5. Anticipating our regrets is useful, but this medicine should come with a warning label.

We often think about regret through the rearview mirror, but it’s also well worth our time to consider it through the front windshield.

Anticipating regrets can often work to our advantage. It slows our thinking. It taps our cerebral breaks, allowing us time to gather additional information and to reflect before we decide what to do. Anticipated regret is especially useful in overcoming regrets of inaction. For example, one well-regarded British study showed that people prompted to agree with the simple statement “if I do not exercise at least six times in the next two weeks, I will feel regret” ended up exercising significantly more than people who did not have regret on their minds.

Anticipating our regrets is often useful, but it should come with a warning label. One problem with using anticipated regrets as a decision-making tool is that we’re pretty bad at predicting the intensity and duration of our emotions, and we’re especially inept at predicting regret. Anticipating regret can sometimes steer us away from the best decision and toward the decision that most shields us from regret.

The best advice, then, is not to avoid all regrets, but rather to optimize them. We know that people tend to regret the same four things, so anticipate those regrets. Do everything you can to build your foundation. Take a sensible risk. Do the right thing. Reach out. But for other possible regrets, chill out. Good enough is often good enough.

To listen to the audio version read by author Daniel Pink, download the Next Big Idea App today: