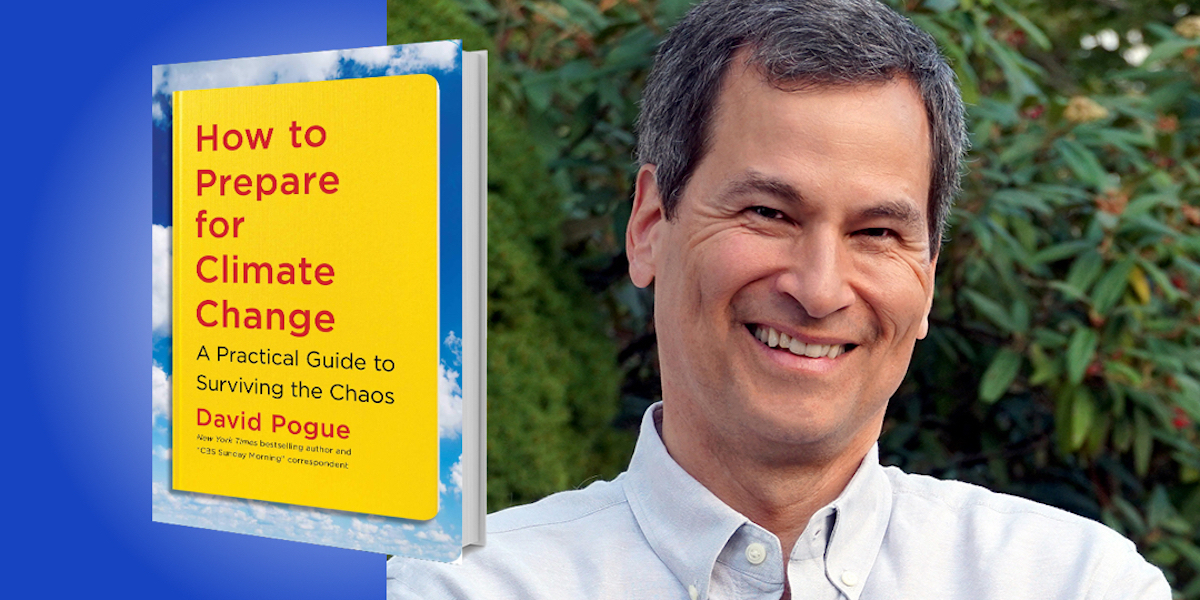 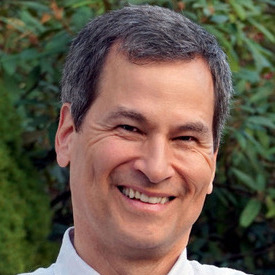 David Pogue is a correspondent for CBS Sunday Morning, the host of 20 specials on the PBS series NOVA, and was the weekly New York Times tech columnist for 13 years.

Below, David shares 5 key insights from How to Prepare for Climate Change: A Practical Guide to Surviving the Chaos (available now from Amazon). Listen to the audio version—read by David himself—in the Next Big Idea App.

John Holdren, Barack Obama’s science advisor, once said something that has become famous in climate circles: “We basically have three choices: mitigation, adaptation, and suffering. We’re going to do some of each. The question is what the mix is going to be.”

But what I find weird is that we hear almost nothing about the second piece of the Holdren Formula: adaptation. Adaptation means accepting that climate chaos is here to stay, and then taking steps to cope with it, to make yourself safer. Experts don’t argue anymore over mitigation versus adaptation; it’s too late for that. We have to do both, as hard and as fast as possible.

But so far, the only people doing much adaptation are governments, corporations, and institutions: They build seawalls, develop drought-tolerant crops, and so on. Where does that leave you, the individual? You can’t build a seawall this weekend. You can’t persuade farmers to move north. You can’t develop drought-proof seeds.

That’s what How to Prepare for Climate Change is about: Where to live, how to insure, where to invest, how to talk to your kids, how to make your home more resilient, and how to ride out floods, hurricanes, wildfires, droughts, and so on.

“In any situation where you feel depressed and helpless, taking action is one of the few reliable antidotes.”

By the way: I realize that there are still people—a dwindling number, but they’re still out there—who argue that the climate chaos we’re seeing now—the record-breaking wildfires, hurricanes, droughts, and so on—are all part of a natural cycle. That our burning fossil fuels has nothing to do with the greenhouse-gas buildup in the atmosphere. Regardless of what you believe is causing the climate breakdown, you can’t deny that it’s happening—and you still need to prepare.

The first one is obvious: You’ll be better protected, financially and physically, when weather disasters strike. (And yes, it could happen to you. These days, about 25 million Americans a year get hit by “extreme-weather events.”)

But there’s a mental payoff, too. In any situation where you feel depressed and helpless, taking action is one of the few reliable antidotes. Preparing for something that’s unknown and frightening gives you a sense that you have some control over your situation. You feel better immediately. Take some of the steps I’m recommending, and you’ll sleep better at night.

This may come as a shock to you, but your homeowners insurance does not cover flood damage. And flooding is a big deal in the climate-crisis era. Half of all Americans live in coastal counties, but only 18 percent of them have flood insurance. Flood insurance is a separate purchase, provided, in the U.S., almost exclusively by FEMA’s National Flood Insurance Program.

Now, you might think, “Oh, I don’t live on the coast, so I’m OK.” Not so fast. Believe it or not, in the decade ending 2017, eight of the top ten most-flooded states were inland. Arkansas—Arkansas!—took the lead, with 17 federal flood disasters.

You probably bought your insurance a long time ago, and went for whatever was cheapest. But the times are changing; you probably need different coverage.

“Last year, for the first time in history, we got more power from renewable energy than we did from coal.”

4. Preparing for climate change is mostly free or cheap.

The climate crisis is famous for hitting poorer communities first and worst. Fortunately, most of the ways you can make yourself more resilient don’t cost much.

For example: Install the Red Cross app called Emergency Alerts. Do it today—it’s free. It gives you early warning about hurricanes, heat waves, wildfires, and dozens of other emergency events. Because the most heartbreaking disaster death of all is where someone died because they didn’t get word that they needed to evacuate.

Another example: Make a “go bag.” A go bag, also known as a “bug-out bag,” is a backpack, overnight bag, or small duffel bag, packed with basic supplies to see you through a couple days away from home. It should include nonperishable food (like peanut butter, salmon packets, meal-replacement bars); a change of clothes in zip-lock bags; basic toiletries, baby wipes, a first-aid kit, water-purification tablets, spare glasses or contact lenses if you use them, and pictures of your spouse and kids (for “Have you seen me?” situations).

Build a bag for each family member, and keep them in a closet by the door. Then, if you ever have to evacuate in a hurry, you can grab the bags and split, saving you precious time. I made mine with my youngest son as a Saturday project. It was fun! It was like a scavenger hunt.

And here’s one other free thing: During disasters like 9/11, the California wildfires, and the Gulf-Coast hurricanes, we always read that cellphone service went out. Your phone’s signal comes from cell towers. When the power’s out or the towers come down, you can’t call, text, or reach the Internet. Hurricane Sandy killed a quarter of all the towers in ten states. And in 2017, Hurricane Harvey knocked out 70% of all cell towers around Houston.

So the next time you’re hanging out with the family, have a conversation about where you’d meet if you couldn’t communicate because the cell towers are down. For example, “We’ll meet at the mailbox on the corner,” or “that craggy tree across the street.”

You also need a place in town that’s not on your street, to meet up if your street has been barricaded by the authorities—like, the library, the Walmart, or someone else’s house. Agree in advance who’ll pick up which kids from school.

“We have fixed giant environmental problems before: Leaded gas, the hole in the ozone layer, acid rain. We can do it, and I believe we will do it.”

Then, once you’ve figured out the logistics, print them out. Put a copy on the fridge, in your go bags, in the car’s glove compartment, and in the Notes app on your phone; then share that note with everyone else in your family. Go over the plan with your kids, and review it once a year. The family plan isn’t going to do anybody any good if people forget that it exists.

There’s a running debate among climate scientists about how much scariness the public should have to endure. The fear is that if they really let you have it, if they tell you just how screwed we’re going to be if we don’t decarbonize humanity, then you’ll just throw up your hands and give up. Don’t give up.

The last chapter of my book is called “Where to Find Hope”—and it turns out, there’s a lot of it. So many governments, corporations, institutions, and individuals are working to fix climate chaos.

For example, every car company on Earth has announced a switch to making electric cars—including, incredibly, General Motors, which everybody used to say is in bed with the petroleum industry. Solar panel installations are growing 50% a year, and the price of solar has crashed 90% since 2010. Last year, for the first time in history, we got more power from renewable energy than we did from coal.

Already, 11 carbon-removal plants are up and running: These are giant, industrial-looking plants that actually suck CO2 back out of the air, to be used in products like building materials or fertilizer, or to be stored underground. Also, there are at least two new kinds of nuclear plants—incapable of melting down or blowing up—under development.

Finally, remember: We have fixed giant environmental problems before: Leaded gas, the hole in the ozone layer, acid rain. We can do it, and I believe we will do it, although it’ll take something like 80 years to fully decarbonize.

In the meantime, you know what you should do? You should prepare.

To listen to the audio version read by David Pogue, download the Next Big Idea App today: