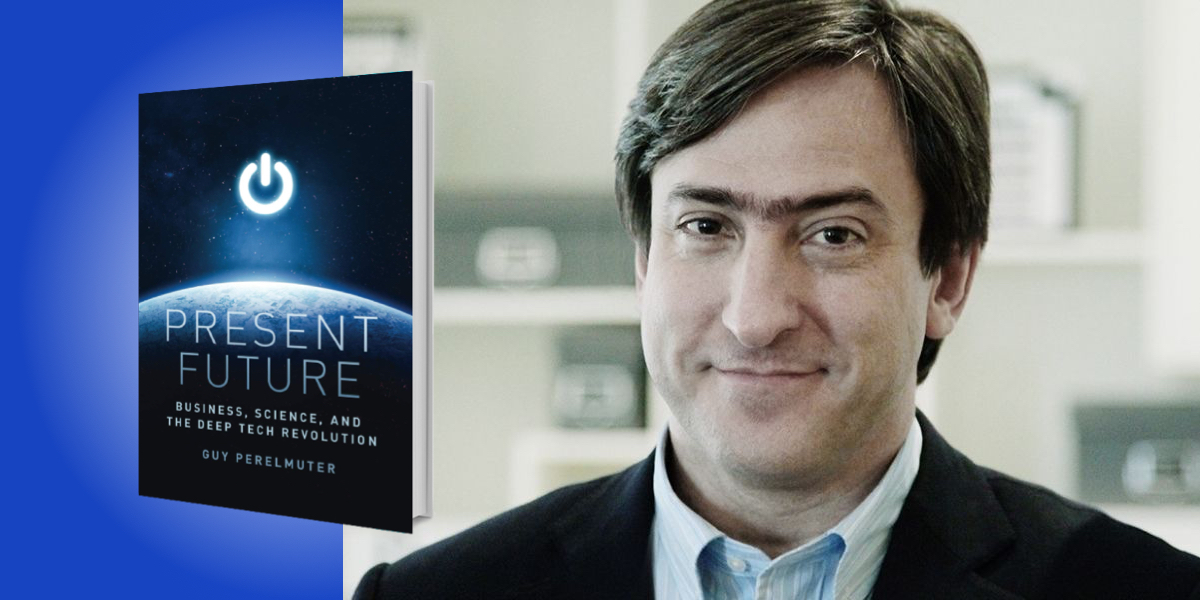 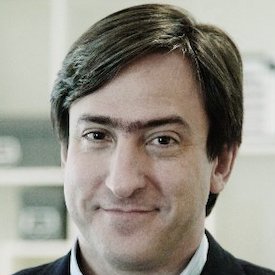 Guy Perelmuter is a Computer Engineer with a Master’s in Electrical Engineering. He is also a deep tech investor through his venture capital firm, GRIDS Capital.

Below, Guy shares 5 key insights from his new book, Present Future: Business, Science, and the Deep Tech Revolution. Listen to the audio version—read by Guy himself—in the Next Big Idea App.

1. Our collective history has always been driven by technology.

We should overthrow this myth that we are “living in a period of change.” The entire history of civilization is all about change—and, more than that, about technological change. This is what defines us as a species, and propels us forward. Change is coming faster and faster, and will likely accelerate even more.

It is not as if this is something new in our history. Progress is a relentless part of human nature. There are many technologies that will shape our world for decades to come and, because of the lightning-fast pace of their adoption, there seems to be confusion about what these technologies are and how they work.

Present Future is for anyone interested in understanding the technologies that are shaping industries, governments, and societies around the world. From a high school student to a PhD, from a trainee to a CEO, from a journalist to an engineer, from a lawyer to an athlete—anyone with an interest in what’s going on, how we got here, and where this path will likely take us.

What is remarkable about current technological changes is that they sit at the intersection of a set of extraordinary advances: faster microprocessors, cheaper digital storage, ubiquitous access to information, efficient algorithms, and an increasingly better understanding of the laws of nature. These ingredients, decades in the making, are key enablers of the Deep Tech Revolution.

“Deep tech companies are effectively building the future of the world economy, one technology at a time.”

Deep tech is where science meets technology. It’s where PhDs and subject matter experts can apply their knowledge and transform it from intellectual achievements into systems, devices, prototypes, products, and methodologies. Deep tech companies are effectively building the future of the world economy, one technology at a time: robotics, biotech, nanotech, artificial intelligence, self-driving vehicles, energy, aerospace, agrotech—the list goes on and on.

Did you know that by the end of the 19th century, electric cars accounted for one-third of the cars on US roads? Or that streaming has been around since the 1920s?

“History doesn’t repeat itself, but it often rhymes,” said Mark Twain, explaining how we can use the past to try anticipating the future. If we can look to the past to see our future, then we will witness extraordinary changes over the next few decades. From law to engineering, medicine to journalism, entertainment to manufacturing, economics to education—no field of knowledge will be immune to transformations in processes, models, implementations, methods, and results. The future has always been present in our lives, because pretty much everything we live with today was once a part of someone else’s vision of tomorrow. Even more new jobs, careers, companies, and empires will be created. Others will disappear or evolve into something completely different. The rate at which the world is going to experience these transformations is accelerating rapidly.

What will these new technologies be? How will they impact our lives, jobs, and homes? How are governments, brands, industries, and services going to react? How can we leverage the opportunities that will present themselves and avoid obsolescence? The challenges we will face in this rapidly changing world are enormous, and no industry will get through this evolution without significant changes.

“History doesn’t repeat itself, but it often rhymes.”

4. Understand the present and explore the future.

Will technology improve or impair employment prospects? Throughout the history of civilization, new technologies have precipitated a range of responses in the workplace. When modern economic science was born, a practically answerless debate also began: does technological unemployment (the shortage of jobs caused by the substitution of human labor by machines) exist? Up to now, innovation has been the catalyst for so-called creative destruction, that is, jobs are not eliminated, but rather transferred to other sectors—for example, from the agricultural sector to the services sector.

The onset of the Fourth Industrial Revolution has intensified the discussion around technological unemployment, given that a broad set of new technologies have simultaneously reached many industries. The mechanization and modernization of agricultural activity sent a significant portion of the labor force from the fields to the cities—less than one-third of the world’s labor force is in the fields, and in developed countries this figure is less than 5 percent.

New technologies are enabling ideas once confined to science fiction to gradually build a more present future: integration between artificial and biological systems, learning techniques for communication between machines and their parts, and the extension of physical reality into virtual reality. The unprecedented speed and depth of this revolution stems from an auspicious confluence of factors: the increase in computer systems’ processing power, the falling cost of data storage units, the decreased size of equipment and sensors, and the evolution of algorithms.

I try to focus on advances that are created to address “inevitabilities,” such as longer life spans, population growth, increasing energy demand, and ever more complex systems. Understanding how these technologies work and their remarkable origins is critical to fully appreciate their impacts on our futures, making sure their social and environmental impacts are not lost on us.

Take energy, for example. With our growing dependence on technology, the efficient use of energy and the development of equipment to produce, store, and distribute it are critical. Ever since the First Industrial Revolution (which began in the mid-1700s with the popularization of the steam engine) society has been increasing its demand for energy, thus raising pollution levels. Studies carried out by the National Oceanic and Atmospheric Administration have indicated a rise in the concentration of carbon dioxide in the atmosphere on the order of 40 percent over the past 250 years, mostly owing to the combustion of fossil fuels. That is one of the primary causes of the greenhouse effect, which has been increasing the planet’s temperature with potentially devastating effects on biodiversity and the very future of humanity.

Another great example is longevity. The organism’s decay process has come to be seen as a disease itself. Rising life expectancies move trillions of dollars in research, diagnosis, medical procedures, and medicine. Longevity has taken up a prominent position in research centers, universities, and privately held companies. According to the U.S. National Institutes of Health, in 2050 nearly 16 percent of the world’s population (about 1.5 billion people) will be 65 or older, compared with only 8 percent (525 million people) in 2010. Irrespective of country, social class, or sex, we are living longer.

“The future is not only present. It is a present. Use it wisely.”

Finally, consider that, according to the United Nations, the world population rose from under a billion in 1800 to 7.7 billion in 2019, while the percentage of the population living in urban settings rose from 3 percent to 55 percent. Population growth in urban centers as well as behavioral changes in society, including heightened environmental awareness and new ways of using goods, are systematically increasing demands for transformations. The nonprofit organization Population Reference Bureau estimates that by 2050 the percentage of the world’s population living in cities will grow to nearly 70 percent, with this figure reaching 75 percent in developed countries. This means a migration toward cities of nearly 1.5 billion people—that’s 50 million people per year, roughly the population of Colombia or South Korea.

Changes happen constantly, before our eyes. We don’t notice the growth of our children because we see them every day, but it only takes someone who doesn’t see us regularly to say, “They’ve grown so much!” and we are reminded of the relentless march of time. It is essential that we maintain a critical perspective and keep an eye on the developments of the exponential changes underway. These are essential abilities for us humans, who are surrounded by our own works—the fruit of hundreds of generations of creators, dreamers, and inventors. The future is not only present. It is a present. Use it wisely.

To listen to the audio version read by author Guy Perelmuter, download the Next Big Idea App today: