Price Wars: How the Commodities Markets Made Our Chaotic World 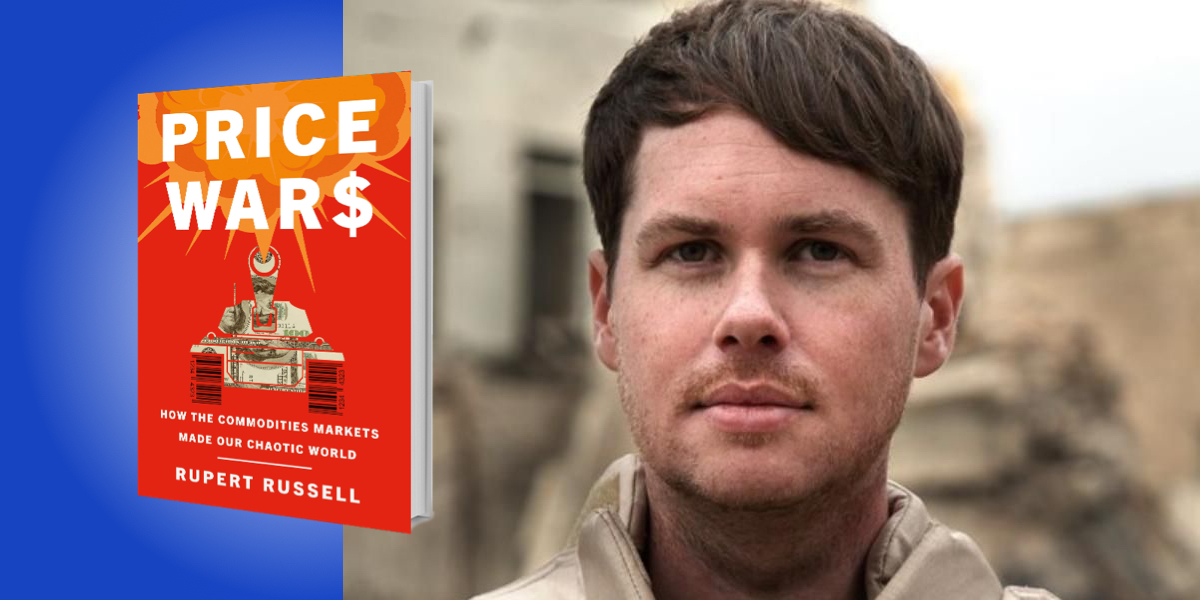 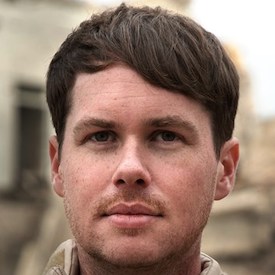 Rupert Russell is a writer and filmmaker. He has filmed in twenty countries and made two award-winning documentaries. He has a PhD in sociology from Harvard and has published in The Independent, Dazed, and Salon.

Below, Rupert shares 5 key insights from his new book, Price Wars: How the Commodities Markets Made Our Chaotic World. Listen to the audio version—read by Rupert himself—in the Next Big Idea App.

1. To understand messiness, you’ve got to get messy.

To understand Putin’s postmodern warfare, I traveled to what was once Eastern Ukraine and hid from sniper fire with Russian-backed separatists in snow-covered trenches. I went to Mosul, Iraq with the United Nation’s bomb disposal unit to witness the post-apocalyptic wasteland left by the Islamic State. In Maduro’s Venezuela, I encountered an economic catastrophe so brutal that young women sought sterilization and kids formed gangs to fight over garbage in a kind of absurdist Hobbesian nightmare, where the struggle to eat is a war of all against all.

I went to Northern Kenya in search of the chaos that climate change will bring, and found cattle herds in a Martian landscape, guarding their goats with AK-47s. I embedded with the UN Peacekeeping Force, AMISOM, in Somalia, to see how Al-Shabaab were exploiting the climate crisis by weaponizing hunger itself. And by 2019, the U.S. border was in chaos. I retraced the migrants’ journey through the cartels’ control corridors up into the mountains of Guatemala, to see what had sent so many to America.

Each of these places surprised me—and surprised me in the same way. The closer I came to the people often seen as responsible for so much of the carnage, such as Putin or ISIS or Al-Shabaab, the smaller these figures became. I came to believe that we have misunderstood that power and the very source of the carnage itself.

2. Look at the maze, not the monster.

We often talk about these crises as if they’re driven by a Godzilla-like creature, leaving paths of destruction everywhere they go. Right now, we’re seeing this with Vladimir Putin. Many are trying to get inside his head, to figure out what motivates him, to understand what he might do next. We seek to understand the monster at the center of the storm because we’ve been telling ourselves monster stories all along. But in my travels, I realized that in our telling of monster stories, we have overlooked an archetypal feature: monsters confront man not in an open plane, but always in an elaborate maze. Whether in Ancient Greek myths or Hollywood movies, the labyrinth is as essential to the story as the creature itself.

“Real-life monsters, such as Putin or ISIS, are not superhuman . . . their true power comes from the architecture they inhabit.”

Think of the winding hotel corridors in The Shining, the spaceship in Alien, or the mall in Dawn of the Dead. It is precisely these enclosures that make the chase exciting. It’s not, however, the feature we remember. Instead, we are captivated by what is unusual and grotesque. And as the media has adopted the tropes of the horror genre, it has incorporated its archetypal distortions. The monster is the star, inflated into an awesome physical creature whose destruction is understood through his monstrous biology, psychology, or ideology.

But real-life monsters, such as Putin or ISIS, are not superhuman. They are homo sapiens made of flesh and bone, and their true power comes from the architecture they inhabit. It enables as well as constrains. And during the 2010s, the walls had crumbled, the cages were unlocked, and the monsters were unleashed. But who had unlocked them?

The current war in Ukraine is proving very expensive for Russia; there’s the cost of fighting the war as well as dealing with the enormous sanctions. Russia’s economy is roughly the size of Italy’s, so how can it afford to launch such a major military campaign? Where did the Kremlin get the money from? Well, Russia’s principal export is oil, and the value of this export comes from its price on the international commodity markets.

Now consider the timing of Russia’s modern military interventions: Afghanistan in 1979, Georgia in 2008, and Ukraine in 2014. These are all years of historically high oil prices, and the current war is no different. The military buildup started last year as the oil prices rose, and climaxed in February. It approached its previous peak in 2014, when, once again, Putin’s troops appeared in Crimea. The reverse is also true—low prices have historically sent the Russian bear into a deep slumber. And it’s not just the relative calm of the last six years or so that had low prices, but more dramatically, the collapse of the Soviet Union in the 1980s, when oil prices cratered. Indeed, the rhythm of Russia’s excursions and retreats follows the price of its greatest export: oil.

“The rhythm of Russia’s excursions and retreats follows the price of its greatest export: oil.”

Of course, Russia is not the only country that this happens to. The political scientist Cullen Hendrix did a study where he looked at 50 years of oil prices and conflicts, and found it to be a universal feature. Petrostates get more aggressive the higher the oil price rises. Think of Saudi Arabia launching the war in Yemen in 2014, or Iraq invading Iran in 1981, as just two other famous examples. But this brings us to another question: if high prices spark conflicts, what sparks high prices?

Something somewhere was treating these two very different “Hathaways” as one, connecting them together and executing a trade. That something was algorithms trained to read the news that relates to a company or a commodity, to make a judgment if that news item is positive or negative, and then to execute a trade accordingly. That is to say, even when computers are making the decisions, market prices are driven by perception—and that perception is often wrong.

In 2010, for example, commodity traders feared that wildfires raging across farms in Russia would lead to a global shortage of wheat. But it turned out that the Americans had a bumper crop that year, and the world had never produced so much food. Nevertheless, the global price of wheat nearly doubled, and unable to eat, people took to the streets in dozens of countries. These protests would trigger a wave of chaos that would travel across the world and last most of the decade.

“Market prices are driven by perception—and that perception is often wrong.”

5. Chaos is propelled by avalanches.

Those rising food prices were like a snowflake that came out of the sky and touched snow-covered ground. When it did, it broke the tension of the snow beneath it and triggered a cascade, an avalanche that grew and grew and grew. Food price sparked protests, and those protests became a wave of demonstrations across the Middle East. They, in turn, grew into what became known as the Arab Spring Revolutions.

In Syria and Libya, those revolutions descended into civil wars, and awakened a sleeping ISIS in neighboring Iraq that would turn those civil wars into total human catastrophes. Refugees began to flee to neighboring countries such as Egypt, Tunisia, and Lebanon. By 2015, those refugees would come to Europe, creating what was then called the “global refugee crisis.” That, in turn, drove a right-wing, populist insurgency across all of Europe. It pushed the U.K. toward Brexit, and even in America, it gave Trump ample ammunition for his presidential campaign.

As these civil wars raged across the Middle East, commodity traders in Chicago, London, and Atlanta feared that global oil supplies were going to be disrupted. They upped the price, pricing in risk they thought was coming. But after a brief outage in Libya, the oil continued to flow anyway. Nevertheless, this created a speculative oil bubble from 2011 to 2014, which showered a wave of black gold upon petro-politicians everywhere. Hugo Chavez, the leader of Venezuela, got a massive injection of cash right in time for his 2012 election campaign. ISIS, who had seized oil fields in Syria, were getting around $2 million a day from the global market, which funded their advance through much of Syria and Iraq. Vladimir Putin, according to one estimate, got an extra half-trillion dollars from the global commodity markets throughout this period and before, plenty of money to fund his first military incursion into Ukraine in 2014.

Many of these petro-dollars, whether they were from Russia, Saudi Arabia, or even Norway, were also invested in Western real estate. This, in turn, created enormous wealth inequality as the prices in London, San Francisco, and New York all surged. Together with the global refugee crisis that was also hitting in 2016, this further fueled the rise of right-wing populism across Europe and the United States. It turned out that housing can propel a revolutionary sentiment across the West just as much as bread can in the Middle East.

To listen to the audio version read by author Rupert Russell, download the Next Big Idea App today: