The Problem with Email, According to a Productivity Expert 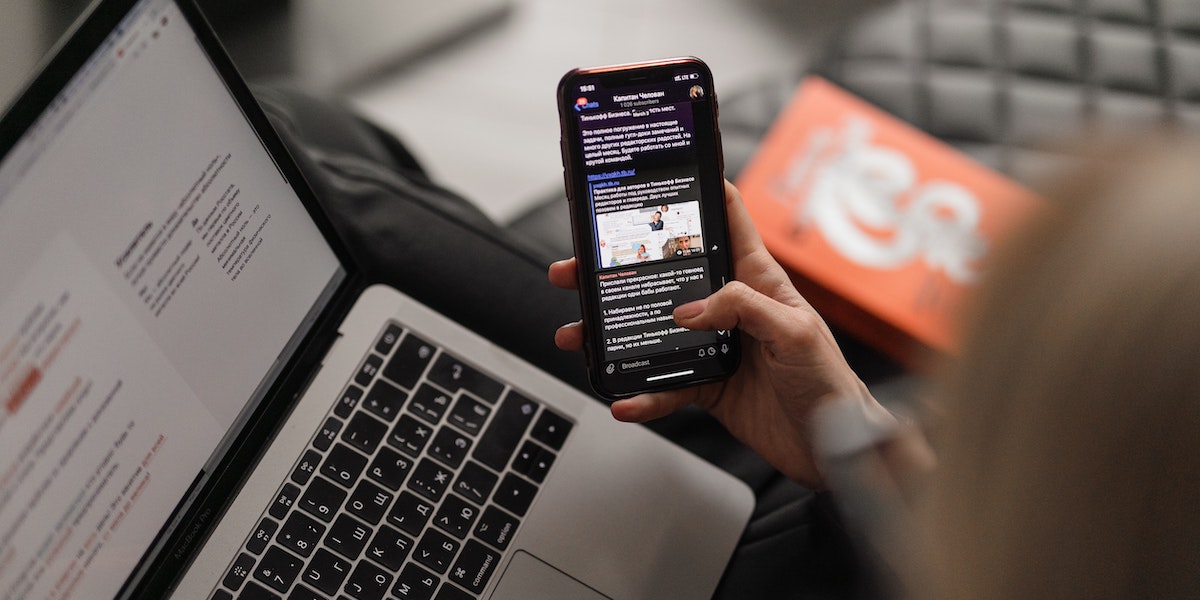 What’s the first thing you do when you wake up in the morning and the last thing you do before bed? If you’re a modern knowledge worker, your answer is probably “check my email.” Makes sense. Your inbox is a busy place, which is why you peek at it every six minutes; constant vigilance is the only way to keep up.

But that constant checking comes at a cost—communication overload undermines your productivity, erodes your focus, zaps your energy, and makes you miserable. Luckily, Cal Newport, the Georgetown professor and productivity whiz who came up with “deep work” and “digital minimalism,” has a plan for a post-email future, one where you can concentrate on work that really matters.

In this week’s episode of the Next Big Idea podcast, Cal joins host Rufus Griscom to talk about how you can start freeing yourself from the tyranny of the inbox. Listen to the full episode below, or read a few of Cal’s most remarkable insights.

Read or listen to a “Book Bite” summary of Cal’s new book, A World Without Email, in the Next Big Idea App.

What’s the problem with email? The hyperactive hive mind.

As email moved from office to office, in its wake came an unexpected side effect—a new way of collaborating that I call the hyperactive hive-mind workflow. Once we provided low-friction digital communication to employees and organizations, we began to do most of our collaboration in unscheduled, ad hoc, back-and-forth messaging.

There are a lot of advantages to this workflow: It’s fast, it’s easy, it’s convenient. If you know how to use email, you know how to work at your company. The downside, however, is that if this is how you are coordinating with most of the people you work with, there are going to be a ton of messages generated each day—and they demand timely responses. So we all started checking our inboxes way more than we had ever checked communication channels before. One study I looked at shows that the average American knowledge worker sends and receives 126 emails a day. Another found that we are checking our inboxes every six minutes.

This behavior is what the hyperactive hive-mind workflow demands.

And the problem is that every time we glance at our inboxes to keep up with all these back-and-forth conversations, our brains go through a cognitive context shift. They shift from the thing we were doing to whatever is relevant to our emails. Switching contexts like this is a cognitively expensive task, and when we do it repeatedly throughout the day, we lose our ability to think clearly, we experience cognitive fatigue, and we feel anxious.

Multitasking is a myth.

When you change your context from one thing to another, you initiate a switching process that has a relatively long half-life. So people who think they are not really multitasking often overlook the cost of the quick checks. They say, “Look, I’m quick-checking my phone because there are a couple of text conversations going on that I need to keep up with while I’m also working on something else.” But every time you check, you initiate this context shift. Before that can finish, you go back to the conversation; before you can get all the way back to the conversation, you go back to a quick check; and you have a similar cost that you would have in literal multitasking.

And I think it’s the pseudo-multitasking, this single-tasking riddled with quick checks, that causes the most problems. Because we say, “Well, I’m not literally doing these things at the same time,” and we don’t realize that there is a cost to that context switch that can last five, ten, fifteen minutes beyond the switch being initiated.

Do you bring work home with you? That’s email’s fault.

Why is non-industrial productivity not exploding as we invest so many hundreds of billions of dollars into these information and computation innovations? It all has to do with the fact that when we switched to cognitive work—i.e., the primary instrument of value creation is a human brain: it takes in information, processes it, and produces new information that has more value—we created tools that reduced friction and sped things up, but that is not necessarily what you want to get out of a brain.

“We are having to work a lot more than we used to just to get the same amount of output produced.”

We created these tools to make it quicker to get information, easier to send information, quicker to do administrative tasks. All of this innovation didn’t really get at the core thing that mattered in knowledge work, which is: How do you best set up a brain to take in information from other brains and produce something of value?

And I think what we got was a countervailing force. As we increased the hyperactive hive mind because of tools like email, and as we decreased administrative support because of the arrival of the personal computer, it made brains less effective because of all the context shifting.

So we then added off-the-books hours. Start early, work at night, work after your kids go to bed, work on the weekends—this new technology made that possible, and that compensated for the lost productivity. And we ended up basically stagnated; that’s why people are so miserable. We are having to work a lot more than we used to just to get the same amount of output produced.

What we’re trying to do right now by just saying “I have better norms” or “I’m going to batch my emails”—that’s like going back to a pre-assembly line car factory, where they were still putting chassis up on sawhorses, and saying, “Okay, here’s what we’re going to do: We’re going to get you guys better shoes so you can move faster when you go over to get supplies. And we got a slightly heavier hammer, so you can knock these pieces in a little bit faster.”

“We have these human brains doing work at a fraction of their capacities because we’re making them check an inbox every six minutes.”

That’s all just scratching at the surface. For real change to happen, they had to say, “We should move the chassis onto an assembly line.” We need that type of underlying process innovation. That’s what’s going to solve our email problem, not the incremental change regarding how we interact with the messages that are already in our inboxes.

The end of email could lead to a new innovation era—but it could also cost you your job.

Once you know about the inefficiencies of the hive mind, you realize we have these human brains doing work at a fraction of their capacities because we’re making them check an inbox every six minutes. What happens when those brains no longer have to check an inbox every six minutes? Well, the same amount of work can be produced by many fewer brains. That’s an issue that we aren’t thinking about enough. You can get a lot more done when you don’t put this artificial governor on your brain. That’s either going to lead to, in the optimistic scenario, this huge expansion of the knowledge sector—more products, more services, more innovation. But the other thing that could happen is that organizations say, “Great, we can hire half our workforce and still get the same amount of work done.” I’m not great at prognosticating economic futures; I’m not a future-of-work person. But that option just being on the table underscores how dramatic these productivity gains could be.