The Profit Paradox: How Thriving Firms Threaten the Future of Work 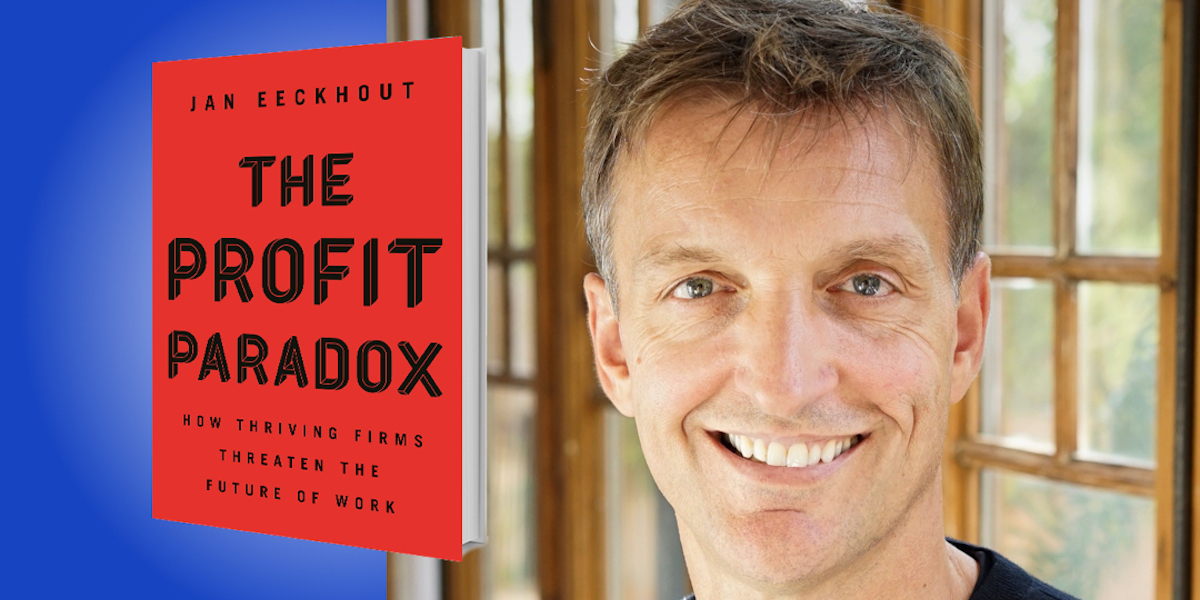 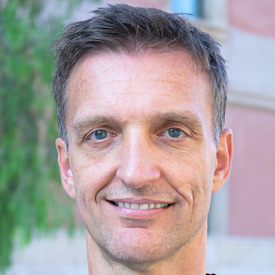 Jan Eeckhout is a research professor of economics at UPF Barcelona, and was previously the editor of the International Economic Review, to name a couple of his many accomplishments at universities and publications as an economist. He studies the macroeconomic implications of market power, inequality, and unemployment.

Below, Jan shares 5 key insights from The Profit Paradox: How Thriving Firms Threaten the Future of Work (available now from Amazon). Listen to the audio version—read by Jan himself—in the Next Big Idea App.

In any competitive economy, firms that innovate and discover new technologies get rewarded with profits. That is what a market economy is all about. Successful firms are profitable, and that means their stock market valuation goes up. What’s wrong with that? Nothing at all. The problem is that now there’s a number of extremely large firms that make outlandish profits because they don’t face competition. They charge too-high prices for whatever they sell, and this affects innovation. There are only a few hundred of these large firms, compared to the 6 million firms in the entire economy.

These few firms are so large that they affect the entire economy. They affect startups and innovation, and they affect jobs and wages. Let me illustrate this with a striking fact: You’d think that with advanced technologies, there would be a lot of innovation and startups. Well, that’s not what the data tells us. The number of startups today is half of what it was in the early 1980s, despite the fact that we are in an age of fast technological change.

Similarly, the data tells us that wages of production and service workers have stagnated. There have been growth and technological progress, yet those wages have not grown since 1980. That doesn’t mean that Google is paying its workers badly—everyone wants to work for Google—but together, all these dominant companies have a stagnating effect economy-wide. That’s what the profit paradox is about.

“The number of startups today is half of what it was in the early 1980s, despite the fact that we are in an age of fast technological change.”

2. Technology is both the hero and the villain.

New technologies improve the quality of our lives: We live longer, we work fewer hours, and it’s more cost effective to produce all goods and services. Much of this economic progress was and is still done by dominant firms, such as Facebook, Visa, and Amazon. They innovate heavily. That is the hero part of technology.

But there is also a villain part. These firms use that same technology to stifle competition—meaning that they can operate in their market without any real competitive pressure. As a result, a company like Amazon, having invested heavily, has become so cost effective that it can deliver anything to our doorsteps at lower costs than any competitors. Because there is no one who can compete with them, their cost is even lower than the already low price that we pay. In other words, they are not passing on the cost efficiency to the customer.

Why is there no competitor? Scale. These large firms need scale to generate such large efficiency gains. Amazon’s network of fulfillment centers and logistics only pays off at low costs if their volume of sales is massive. As a result, there is not enough space for two Amazons, and the new technologies engender such scale advantages.

New technologies are particularly prone to generating scale advantages. Think, for example, of companies like eBay or Facebook. Their platforms create network effects. The network effect is that you really want to be in a market where there’s a lot of other people. Again, we need large scale. There’s no space for two of these firms. There’s a lot of competition for the market, but once the winner gets that market, there is no competition in the market, and that’s the root cause of the problem.

This is not a first in history—a similar development occurred around 1900. Back then, there was fast technological change, and that was also a hero and a villain story. Those years saw the development of electricity, oil production, railway transportation, and the telephone. These new technologies completely transformed the economy in the same way that our technologies do today. And same as now, the firms back then used technology to stifle competition.

3. The profit paradox affects everyone.

First of all, everyone is paying too much for everything, from beers at your favorite bar to an EpiPen for your child with allergies. The beer market is controlled by three companies. The biggest beer brewer, Anheuser-Busch InBev, controls 35% of the world beer market. That means that you walk into a bar and you have a choice of 17 different beers, but they’re all owned by the same producer. That means there is no competition.

Now what if you’re a business owner? Let’s say you own a business with less than 50,000 people. Then most likely, you’re worse off and making lower profits than a few decades ago. We see in the data that these firms that are not at the very top—and that is most of the 6 million firms—get squeezed by these dominant firms. Most business owners say times are worse than ever, despite a soaring Dow Jones, and that’s exactly the profit paradox.

What if you own stock in these large firms? I can buy stock in the 30 firms that make up the Dow Jones index. Then I get some benefit from the increasing profits of those firms and therefore the increase in their stock market valuation. Keep in mind though that you only own a very small share. Most of the shares of Facebook, for example, are still owned by Mark Zuckerberg, and most people don’t own any shares at all.

We calculate that the cost of these large, dominant, profitable firms to the economy is 9% of GDP. That is too high a price to pay, even if you own shares in these companies.

4. More competition is the solution.

The problem with the profit paradox is that the firms that dominate the market do not face enough competition. These firms have innovated heavily in the past and that’s how they won the market. Once they established their lead, the same technological innovations—often through scale economies—allowed these firms to keep out competitors.

“Most business owners say times are worse than ever, despite a soaring Dow Jones, and that’s exactly the profit paradox.”

While it may seem an obvious remedy, the solution is not typically to break up these large firms. There are some exceptions: Facebook, Instagram, and WhatsApp should not have merged in the first place, and the company should still be broken up. In most cases however, breaking up the firm means you lose all the scale economies that make the firm so efficient. Amazon creates so much value to society through low costs precisely because they are so large. Their efficiency gains would all be gone once Amazon is divided into different companies.

But there are proven solutions with which we can restore competition without breaking up the firms. Consider, for example, the telecom market. Let me compare my cell phone plan in the United States with AT&T to my plan in Europe with Movistar. The plan with AT&T costs over two times as much as my plan with Movistar. I use the same device. These firms operate similar technology. They have the same antennas in their cell towers. The market’s size isn’t that different either, with the European market serving about 400 million people and about 360 million in the United States. So where do the different prices come from?

Well, there is one big difference, and it is a piece of regulation in the European market that says anyone who owns a cell tower has to allow any competitor to use that same cell tower for a fee. Of course, the operator who owns the tower doesn’t like this regulation, but the impact for the customer is wonderful because prices drop, as competitors can enter the market without huge upfront investments. The absence of such regulation in the United States telecom market is why AT&T plans are so expensive, and why profits of AT&T, Verizon, and T-Mobile are so high.

5. Facts are connected to humanity.

My book recounts the change in the economy over the last few decades through the voices of people whose experiences are instrumental in understanding what the facts mean for ordinary people. For example, I met a gig worker, Eutychios, who told me the story of his life. After being a teacher and principal, in his late sixties he was forced into retirement. Having been an orphan himself, he wanted to give back to society by looking after an orphanage—but he needed money for that. The problem was that he couldn’t get a job at his age. Once, he interviewed for a pizza delivery job, but they said there was one condition: With all the hipsters, the company policy was “no facial hair.” Eutychios had his beard for 50 years and wasn’t going to shave it just to deliver pizza.

“There are proven solutions with which we can restore competition without breaking up the firms.”

Eventually, he ended up working for a ride-sharing company. He was reluctant because these jobs had a bad reputation, but before long he realized that this job was the ideal solution. They didn’t care about his age, as long as he was healthy, and they didn’t mind if he disappeared for two months to take care of his orphanage. They also didn’t care if he wanted to work seven days a week, 12 hours a day, because he wanted to earn money. What I learned from Eutychios’ story is that our concerns about gig work is not so much that the working conditions are bad, but that all service work is poorly paid due to economy-wide wage stagnation.

In his biography of Michel de Montaigne, Austrian author Stefan Zweig put it like this: “It is not the cold fact which has meaning, but rather the human, emotional element contained within it.” Those human experiences give us a much more profound insight into what’s going on in the economy. The stories bring the facts and statistics to life, and also tell us that if we take the profit paradox seriously, we can do something about it, and make the world a better place.

To listen to the audio version read by Jan Eeckhout, download the Next Big Idea App today: