Quarterlife: The Search for Self in Early Adulthood 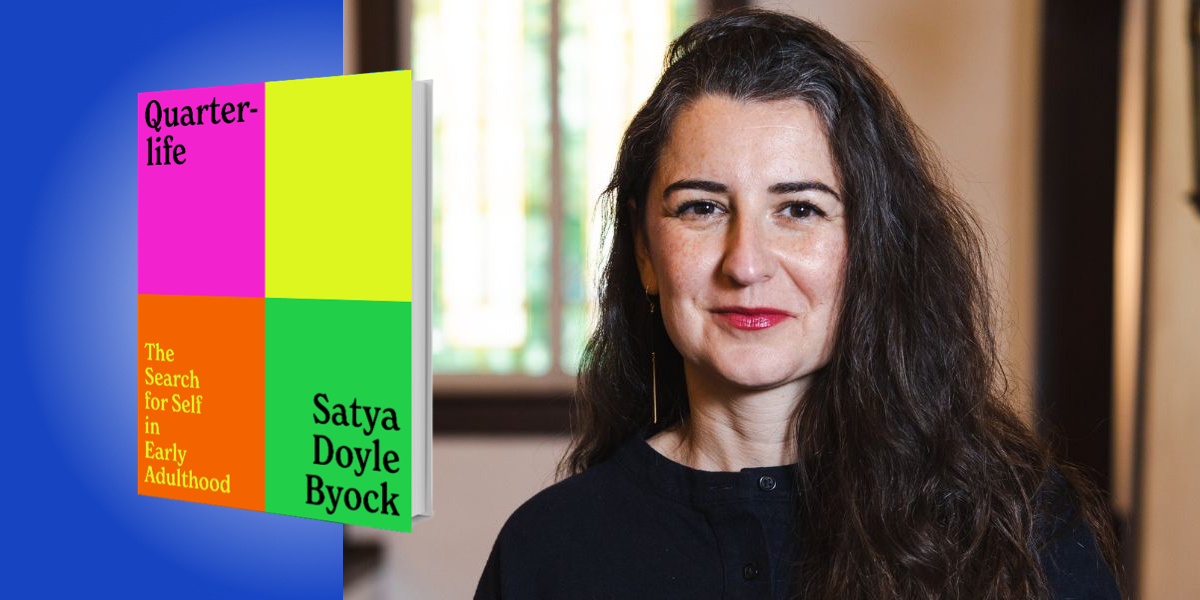 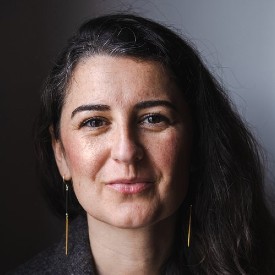 Satya Doyle Byock is the Director of The Salome Institute of Jungian Studies and a psychotherapist for people in their twenties and thirties.

Below, Satya shares 5 key insights from her new book, Quarterlife: The Search for Self in Early Adulthood. Listen to the audio version—read by Satya herself—in the Next Big Idea App. 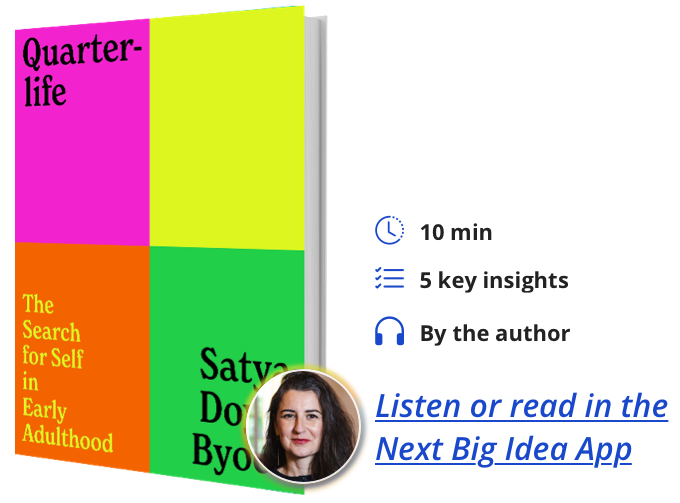 1. There’s a really important stage of life, without a name.

The first part of adulthood has had many names. Sometimes it’s through generational labels like “Millennials” or “Gen-Z.” Or often it’s referred to through modifiers of other stages of life, like extended adolescence, early adulthood, emerging adulthood, or young adulthood.

But the years between adolescence and midlife are a massively productive period, arguably the most fertile years of life both biologically and creatively. It’s the stage in which first marriages most frequently occur, and during which people tend to become parents, start careers, and kick-start major creative works. Most professional athletes and Olympians are in this stage, as well as the majority of popular musicians and actors, not to mention active-duty military. So why doesn’t it have its own name?

2. The midlife crisis is preventable.

We’ve been trained to think of adulthood more as an effort to secure economic stability than in terms of psychological growth and becoming oneself. This focus on stability and security in the early part of adulthood has led to epidemic disorientation later on, in particular among adults who thought they had checked all the right boxes. Whether people have felt that they were “failing” at adulthood or “succeeding,” we’ve been leading them astray.

“It’s time to stop perpetuating the false notion that becoming an adult simply means gaining economic security or settling down.”

The midlife crisis has always been a crisis of meaning; a crisis that arrived for modern adults of a certain age who had generally done what society asked of them—marriage, children, career, and a mortgage—but had failed to face themselves, their mortality, and what they want out of life. They succeeded at climbing the ladder only to get to the top and wonder what it was all for.

What if at the start of adulthood we acknowledge that upon leaving home and separating from the dependence of childhood, everyone is venturing off in search of both stability and meaning?

We all ultimately want a sense of security as well as an understanding of who we are and what we’re doing here. It’s time to stop perpetuating the false notion that “becoming an adult” simply means gaining economic security or settling down. Becoming a successful adult can be a much grander and interesting proposition, one that is better for individuals and for society.

3. There are two types of Quarterlifers.

Once we understand that adulthood isn’t just about achieving social stability, we can see that there have always been two types of Quarterlifers: people who have historically conformed to external expectations, and those who haven’t. Those who haven’t have been able to put on a false front, or simply can’t or won’t conform.

I call these two groups “Stability Types” and “Meaning Types.” Like lawyers vs. artists, or business people vs. philosophers. In various forms, across time and culture, we can observe that these two groups have always existed. And yet, because the goals of adulthood have long been tied to climbing the ladder, developmental psychology has failed to chronicle the Meaning Types. Instead, they have been viewed as the outliers, or depressives, the poets, or criminals—the ones who find the standard stability goals of adulthood difficult or unbearable.

“In their search for wholeness, both types will need to learn what the other one knows.”

Ultimately, the key to understanding these two types is in seeing that they’re two sides of the same coin. Stability Types who initially root down into the values of safety and security will need to go in search of a greater sense of purpose or spiritual understanding. Meaning Types, meanwhile, will need to find ways to provide for themselves without feeling that they’re compromising their values. In their search for wholeness, both types will need to learn what the other one knows.

4. This isn’t just about mental illness.

The statistics on depression, anxiety, and anguish in Quarterlife are extraordinarily high, and worrying. Suicide is a leading cause of death. But these statistics are not just the result of mental illness as it’s classically understood.

All eyes are on Quarterlifers’ “plans for the future.” Whether it be a parent, aunt, or boss, everyone is looking towards Quarterlifers’ ambition and upward growth. But Quarterlifers, meanwhile, are struggling with the pressure to perform. It’s very hard to be in a stage of life in which your energy and motivation to “take on the world” is anticipated, while the world feels like it’s in a state of near collapse. This epidemic of suffering among Quarterlifers needs to be understood more collectively and less individually, as well as through a trauma-informed lens.

In addition to the world being a mess, modern Quarterlifers have endured an inordinate amount of trauma in their personal lives. We need to pull the focus off of individual diagnoses and mental illnesses, and spend more time honoring the trauma endured and the existential questions lingering for so many Quarterlifers. We’ll find that, when we do, the degree of suffering will diminish and the sense of orientation will increase.

5. Taking care of Quarterlifers is a Civil Rights Issue.

There are massive structural issues that make Quarterlife harder than it has to be, and there are ways that society can support thriving in this time of life.

“We need to spend more time honoring the trauma endured and the existential questions lingering for so many Quarterlifers.”

Many Quarterlifers in America today have been affected by gun violence in some form, and most have grown up with mass shooter drills at schools and the normalization of gun violence in daily life. Black and brown Quarterlifers in particular have grown up fearing the police, wondering if they will be in danger if they are pulled over, or have to fight for the lives of their loved ones on their own streets. Trans, non-binary, and gay Quarterlifers have high incidence of homelessness, often kicked out of their homes and schools as they try sorting out their identities. Native women in Quarterlife are being murdered and disappearing at alarming rates. And women and non-binary Quarterlifers are being stripped of reproductive rights—rights that are core to the freedom to choose the direction of one’s life in the most biologically (and creatively) fertile years.

There is a silent civil rights struggle among this population in a stage of life that has been rendered strangely invisible, while simultaneously being the recipient of countless decisions at the highest levels of government. Though old enough to vote, go to jail, incur debt, marry, and have children, many Quarterlifers are not deemed adult enough to represent fellow citizens in government. You have to be 25 to serve in the House, 30 to serve in the Senate, and 35 to become President. It’s a contradiction worthy of review.

To listen to the audio version read by author Satya Doyle Byock, download the Next Big Idea App today: