Recapture the Rapture: Rethinking God, Sex, and Death in a World That’s Lost Its Mind 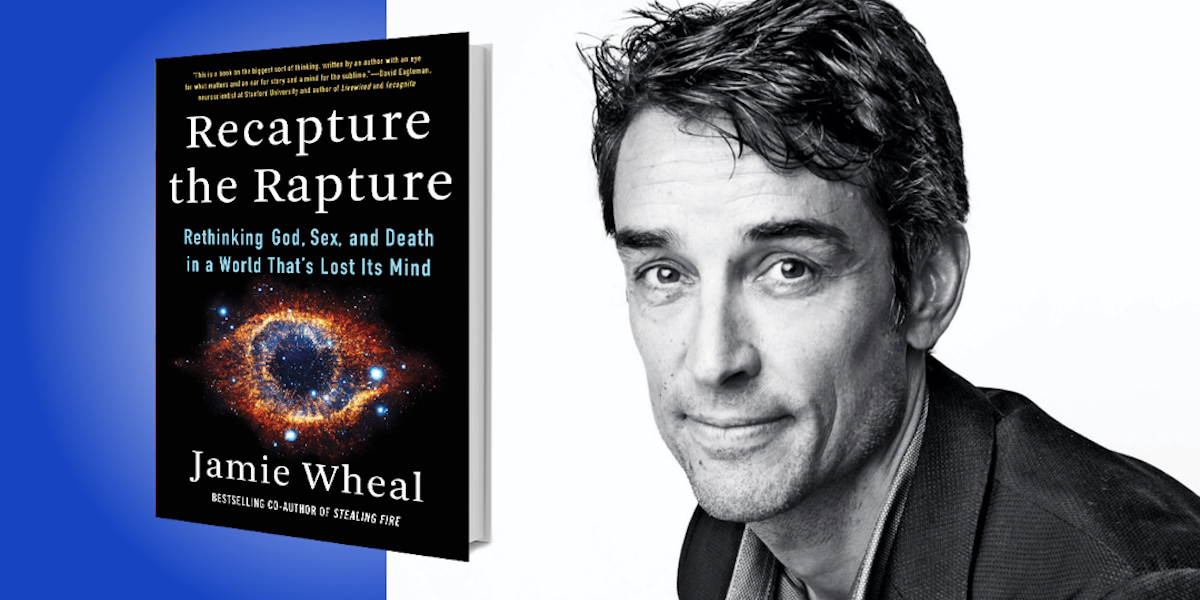 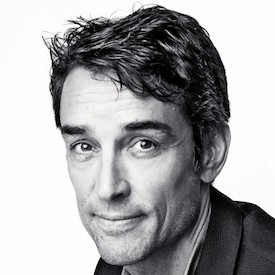 Below, Jamie shares 5 key insights from his new book, Recapture the Rapture: Rethinking God, Sex, and Death in a World That’s Lost Its Mind. Listen to the audio version—read by Jamie himself—in the Next Big Idea App.

1. We haven’t gone crazy—the world has.

E. B. White, the author of the children’s classic Charlotte’s Web, once reflected, “I arise in the morning torn between a desire to improve (or save) the world and a desire to enjoy (or savor) the world. This makes it hard to plan the day.” Trying to map, plot, and plan for a world that feels like a tangled braid of conflicting and compounding exponential curves is crazy-making on the best of days.

Two curves are particularly intersecting right now—we can call them the Coming Alive arc and the Staying Alive arc.

2. We need to fix the meaning crisis.

We find ourselves in the midst of a meaning crisis. The collapse in Meaning 1.0—organized religion—has left us with a vacuum in the center of civic life. This happened just as the rate of exponential change in everything else was going through the roof. But Meaning 2.0, what we might term the religion of classical liberalism—the belief that free markets and democracy will usher us all forward to an era of equality and prosperity—has come up short as well.

So the question for us is what Meaning 3.0 might look like. Can we design a culture that balances the salvation of traditional religion with the inclusion of liberalism? Can we do it not by top-down fiat but by bottom-up mobilization? And is truly inclusive salvation even a thing we can hope for?

3. The answers are in our traditions.

In 1996, the famous Iranian filmmaker Abbas Kiarostami premiered his film Through the Olive Trees at Lincoln Center in New York City. At the Q&A afterward, an audience member asked why he had scored a film that was set in a remote village in northern Iran with classical music. Kiarostami responded, “Classical music has long ceased to belong to the West. It belongs to the world now.”

The same can be said of gospel, blues, jazz, and folk music—the Arcana Americana. Even more than classical music, it doesn’t belong to any one country. It belongs to the world—an expression that speaks to the deep and universal experience of being knocked down again and again, but each time rising up singing. As we try to mend our crisis in meaning and the fractures that threaten to tear us apart, our redemption songs can bring us together.

“Anything less than a nail-biter would hardly qualify as a worthy ending to the Greatest Story Ever Told. Now it’s our time to be the rebel misfits.”

4. We all have a part to play in the Greatest Story Ever Told.

Scan the headlines today, rife with updates of shrinking icecaps, raging fires, pandemics, bitter civil unrest, and social media flame wars, and we sure seem to be right on time for the End of Time. We’re not slouching toward Bethlehem anymore; we’re hurtling toward it. For those of us raised on The Lord of the Rings, Star Wars, and Harry Potter, that feels about right. We’re hardwired for tales of rebel misfits who, at the eleventh hour and against all odds, save the galaxy from overwhelming evil. Anything less than a nail-biter would hardly qualify as a worthy ending to the Greatest Story Ever Told. Now it’s our time to be the rebel misfits.

5. We are hardwired for courage.

A couple of years ago, Andrew Huberman, a rising star in the field of neuroscience and a professor at Stanford, published a curious study in the journal Nature. Huberman and his colleagues were asking a question that no one had figured out before: “What happens in the brain when we see something that terrifies us?”

Huberman found that when faced with the overhead shadow of a looming bird of prey, most mice hightail it for cover. Only two percent engage in confrontational behavior like thumping their tails, and they’re only brave enough to try that once safely under shelter. But when Huberman stimulated mice’s nucleus reuniens, something else happened: the mice got braver. Instead of running for the hills, they stood their ground. Huberman wanted to know if he was manipulating these poor mice and sending them to their doom. But given the choice between seeking this stimulation, or getting left to their own devices, the mice actively sought it out. “Increases in arousal induced by vMT stimulation are rewarding,” he wrote in the paper, “that is, they have positive valence.”

It’s not just mice that seem to crave courage—we do, too. In a pair of earlier studies, Huberman noted that “self-stimulation of the [comparable] human brain area . . . is strongly reinforcing, even more so than activation of areas associated with sexual arousal.” We’d rather be brave than get laid. That’s saying something.

And that tiny cluster of neurons called the nucleus reuniens that makes us braver, so we can face the danger instead of run from it? In Latin, it literally means “the seed of reunion.” Sown in the fertile ground of Meaning 3.0, it’s our courage that could bring us together.

To listen to the audio version read by author Jamie Wheal, download the Next Big Idea App today: