The Revolution That Wasn’t: GameStop, Reddit, and the Fleecing of Small Investors 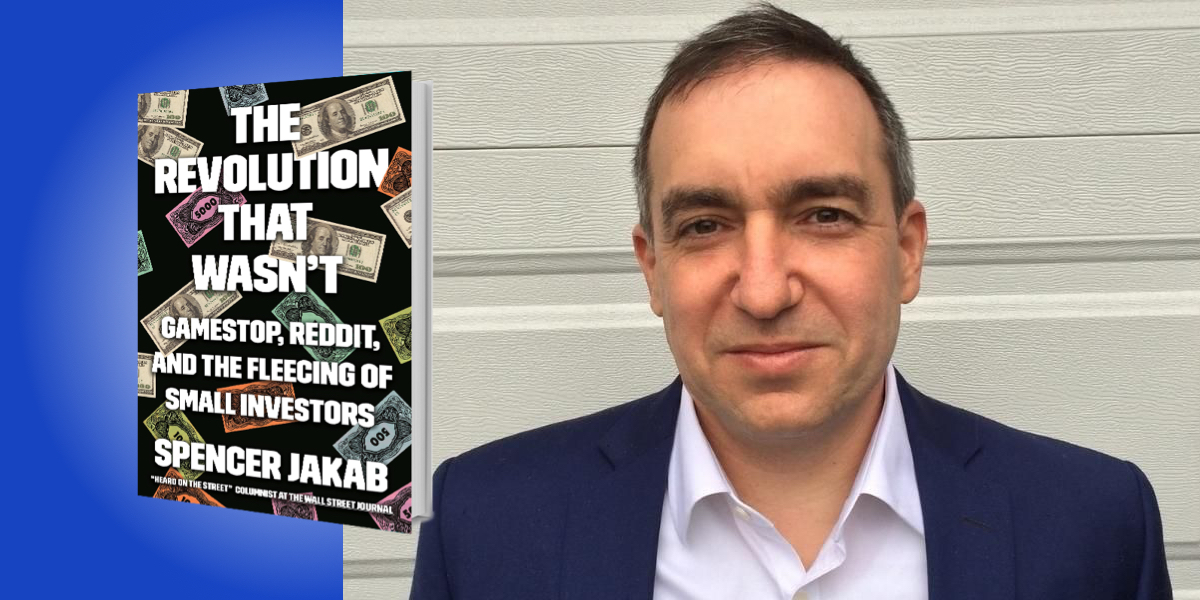 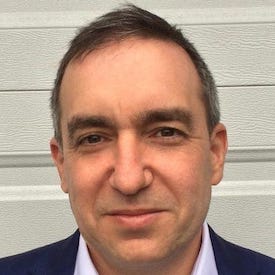 Spencer Jakab is the editor of “Heard on the Street” at the Wall Street Journal. Previously, he wrote “Ahead of the Tape” for WSJ, as well as the “Lex” column for Britain’s Financial Times.

Below, Spencer shares 5 key insights from his new book, The Revolution That Wasn’t: GameStop, Reddit, and the Fleecing of Small Investors. Listen to the audio version—read by Spencer himself—in the Next Big Idea App.

1. David and Goliath stories are crowd-pleasers.

A big part of my job is figuring out which of the many story ideas reporters bring me are going to get read. One morning in January 2021, I could tell that I had a sure-fire winner of a story, and the person who brought it to me wasn’t even a journalist—it was one of my boys. Less than 10 minutes later, I was dashing off an email to the publisher of my book who, like almost everybody, hadn’t heard about it either. Within a week though, everyone had. Hundreds of articles had been written, and four movie deals were in the works.

My son had told me that members (who call themselves “the apes”) of a Reddit forum he belonged to called WallStreetBets were piling into the stock of a money-losing video game retailer called GameStop, sending it soaring. That by itself wasn’t so unusual, as I had seen them do the same with the shares of lots of companies. However, this time they picked a company precisely because it was awful. They were trying to do something that hadn’t been done legally in almost a century—stage a stock market corner—and they had organized it out in the open for anyone who had bothered to read their meme-filled site.

The big boys on Wall Street hadn’t bothered. Some of the biggest, most sophisticated investment funds had been so confident that GameStop was going out of business that they bet on a trade that would let them profit from the demise, despite the theoretical possibility of losing an infinite amount of money if they were wrong. So many of them had made the bet that it was like being in a crowded theater with one narrow exit door. People on the forum had figured out how to shout fire in the theater, douse the seats in kerosene, and toss a lit match, all by buying as many shares as possible and not selling them no matter how much they rose.

As the apes started making money and the funds began to panic, the internet turned the rush into a stampede by focusing on the drama. The ranks of WallStreetBets quadrupled in a week to 8 million people. Millions of mostly young people set up their first trading accounts with brokers, like Robinhood, which allowed them to join the fun immediately on their smartphones. Now it was like throwing lit sticks of dynamite into the theater, and with Robinhood giving its mostly inexperienced customers more bang for their buck through the ability to use borrowed money and derivatives, they were allowed to pour nitroglycerin on top for good measure.

“GameStop became the most-traded security in the world, appreciating more than 20,000 percent from what it had been worth months earlier.”

Within a couple of days, GameStop became the most-traded security in the world, appreciating more than 20,000 percent from what it had been worth months earlier. Big hedge funds would lose billions of dollars, and some would go out of business. A trader with the pseudonym DeepF**kingValue became the group’s hero as he made as much as 1,000 times his money.

2. Reality is more complicated, but sometimes a lot more interesting.

The headlines made it seem like a sea change: “‘Dumb Money’ Is on GameStop, and It’s Beating Wall Street at Its Own Game,” “GameStop Soars Again, Wall Street Bends Under the Pressure,” “GameStop Mania Reveals Power Shift on Wall Street, and the Pros Are Reeling.” Hollywood was salivating, because their portrayal of degenerates turning the tables on Wall Street would be like a real life “Trading Places,” where Eddie Murphy’s Billy Ray Valentine outwits the corrupt and greedy Duke Brothers.

But all was not what it seemed. The apes were so desperate to stick it to hedge fund bosses—the cartoon villains of Wall Street—that they were making a bunch of rich guys on Wall Street a lot richer as they plowed their savings into the fight. By the time the smoke started to clear and the public’s attention moved on to the next thing, I saw it more like Star Wars: Attack of the Clones. The scenes were thrilling, and there were lots of big explosions, but it was a prequel—we already knew how the story would end. A larger force was just glad to watch the fight. Who cares if they killed Count Dooku?

3. There are two sets of rules in America.

The apes came from a generation that struggled to buy a house and pay student loans, and they watched their parents lose jobs or homes during the financial crisis. They were seen as the digital vanguard of a generational and class war. It was fitting, then, that the main brokerage firm they used was called Robinhood, named after the mythical figure who stole from the rich to give to the poor.

“Robinhood’s Silicon Valley founders, who gushed about democratizing finance, had somehow become incredibly rich while charging nothing for stock trading.”

But the apes distrusted Wall Street, not everyone with a lot more money than them. Seriously, who wants financial advice from a poor person? Elon Musk, the world’s richest man at the time of GameStop mania, poured fuel on the fire that week with a single, incendiary tweet to his tens of millions of followers with one word—”GameStonk”—and a link to WallStreetBets. Robinhood’s Silicon Valley founders, who gushed about democratizing finance, had somehow become incredibly rich while charging nothing for stock trading.

But just when it looked like the financial guillotines were coming for high finance, Robinhood appeared to stab them in the back. The broker told its customers that they couldn’t buy any more GameStop shares. They were outraged. It being three weeks after the Capitol riots, political figures from AOC and Bernie Sanders to Ted Cruz and Donald Trump Jr. immediately saw which way the wind was blowing, and sided with the online populists. Congressional hearings were called within hours of Robinhood’s announcement. Reporters shouted questions about GameStop to newly-inaugurated President Joe Biden. He either didn’t hear them or wisely pretended not to.

Here were the fat cats changing the rules just as they were about to lose. It seemed like a conspiracy, but it wasn’t. What actually happened is Robinhood was too successful at getting its customers to speculate, and it temporarily ran out of cash when so many of them made the same bet. The real scandal was that the billionaires who founded the brokerage, and those market-makers who gladly pay it for trades, had made a fortune off of a wave of speculation by young people bored during the pandemic and new to the market.

4. Silicon Valley has our number.

They say that the four most dangerous words in investing are “this time is different.” Each time a new generation of investors thinks it’s figured out a way to get rich by beating the house, it turns into a bonanza for Wall Street. And this time was a little different. People were handicapped by the same old psychological foibles of fear, greed, and overconfidence, but social media companies and a new generation of brokers with roots in Silicon Valley put those tendencies on steroids so that they could make more money. Robinhood’s customers checked their accounts an astounding seven times a day on average, when seven times a year is probably more than most people do.

“They say that the four most dangerous words in investing are ‘this time is different.’”

The algorithmic nature of social media enabled a new generation of financial influencers to get rich even as most of their followers lost money, and then convinced them it was because the system was rigged. And creators of gamified smartphone trading apps denied that they encouraged customers to gamble, even though they borrowed techniques from actual betting sites, such as the near-miss effect and intermittent rewards (known to spark gambling addiction).

For example, the first thing a Robinhood customer sees are what stocks others are looking at, or which ones are moving a lot. Is that useful information? It is to a generation that wants to know what everyone else is doing and is experiencing FOMO. By making their app almost frictionless and charging no commissions, the amount of time that their customers thought about buying or selling a stock was minimal. And by making it fun, it became entertainment—the same way that spending time in a casino hoping for a big score can be. Its most enthusiastic customers would trade more than 10,000 times in as little as six months.

5. There is a way to beat Wall Street.

The Reddit revolutionaries thought they were getting a two-fer during GameStop mania: sticking it to the man while making a bundle themselves. They mostly failed on both counts. The good news is that, compared to the bad old days, Wall Street really has been democratized. The same technology that made it possible for Robinhood customers to open accounts with just 50 bucks and then pay no commission means that almost anyone can get on the financial ladder and start building a nest egg.

The secret to doing better than 85 percent of your fellow individual investors, and even 80 percent of seasoned pros, is not to try too hard, and recognize the difference between speculation and investing. Take advantage of zero-dollar commissions, but don’t let slick technology or marketing messages lure you into being hyperactive. Buy a few stocks—or better yet, cheap index funds—and just leave them alone. Your broker will hate you, but you’ll probably love the results.

To listen to the audio version read by author Spencer Jakab, download the Next Big Idea App today: