The Romance of Reality: How the Universe Organizes Itself to Create Life, Consciousness, and Cosmic Complexity 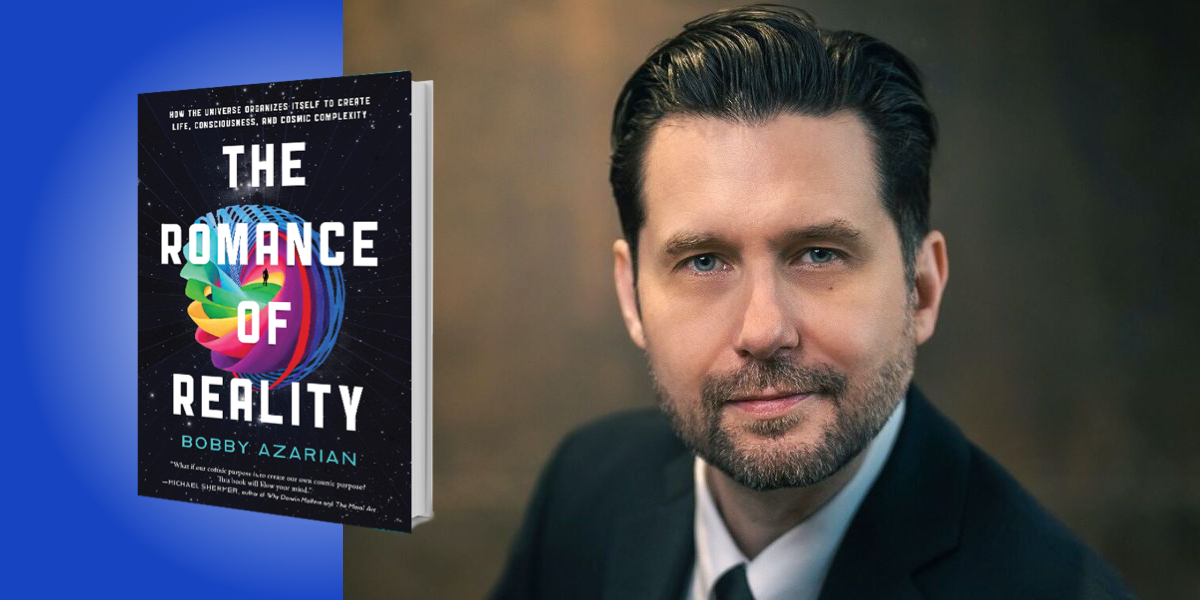 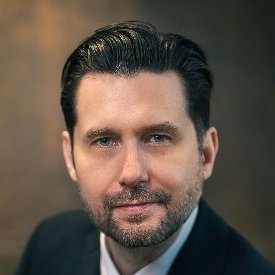 Bobby Azarian is a cognitive neuroscientist and science journalist. His work can be found in publications including The Atlantic, the New York Times, Scientific American, and BBC Future. He has also authored academic papers for prestigious peer-reviewed journals, such as Human Brain Mapping and Cognition & Emotion.

Below, Bobby shares 5 key insights from his new book, The Romance of Reality: How the Universe Organizes Itself to Create Life, Consciousness, and Cosmic Complexity. Listen to the audio version—read by Bobby himself—in the Next Big Idea App.

1. The universe is waking up.

If you’re listening to this then congratulations, you’re lucky enough to be alive during the most exciting time in history. We are on the verge of a paradigm shift of unparalleled magnitude. Such a shift occurs when new science forces us to adopt a different overall framework and perspective.

Rather than steadily drifting toward a more disordered and lifeless state, the universe is undergoing a transformative evolutionary process that began before biology and goes far beyond. Through a series of hierarchical emergences—a nested sequence of parts coming together to form ever-greater wholes—the universe is undergoing a majestic self-organizing process. In other words, nature’s simplest parts organize themselves into wholes, which become the building blocks for the next level of complexity. Atoms come together to form molecules, which come together to form cells, which come together to form complex organisms that self-assemble into societies. Now, the integrated network of humans connected by the internet is forming something like a global brain.

As the great cosmologist and science educator Carl Sagan famously put it, “We are a way for the cosmos to know itself.” Rather than brushing it off as poetic metaphor, I take Sagan’s statement seriously, and place it within the context of cosmic evolution. As sentient life inevitably emerges, evolves, and expands into outer space, the universe wakes up bit by bit, and gets to experience the fruits of its creation.

It seems obvious that the biosphere and human civilization are becoming increasingly complex. This increase in complexity drives progress toward higher intelligence and technological capability. At the same time, the world seems more chaotic than ever, with mounting existential challenges like climate change, the threat of nuclear war, and weaponized AI. What explains this paradox, and is progress real or just an illusion?

“Compared to a century ago, human civilization is doing better by just about any metric.”

The answer can be summed up by a simple principle: problems create progress. The engine of progress is the need to find solutions to our survival problems. Life does this by constantly adapting and learning.

World War II was a catastrophe of epic proportions, but that same period gave us the computer and information technology. Compared to a century ago, human civilization is doing better by just about any metric. Democracy has spread, poverty has diminished, and ignorance is at an all-time low—despite what turning on the news might make you think.

Humanity’s collective desire to transcend mortality and expand outward into space (apparent from our scientific and technological endeavors) emerges not incidentally, but because continuous knowledge acquisition is a fundamental, biological imperative. The fact that our sun will explode in a few billion years creates a looming deadline for intelligent life on Earth. To persist, life must progress at an increasingly fast rate, with increasing detail and accuracy. To use a rough analogy, we can think of life as a chess-playing AI program that loses again and again, but by learning from each failure, it soon becomes unbeatable.

3. We are part of an emerging global brain.

Due to the internet, social media, and blockchain technology, humans are exchanging and integrating information through their interactions in a way that mirrors neuronal signaling in the brain—but this brain spans the entire planet. As a result of this technology-aided self-organization, a globally-distributed superintelligence is emerging that will allow humanity to reach new heights.

But to fully realize this transformation, society must become aware of the cosmic self-organizing process we are a critical part of. Knowing that we form the nervous system of a developing superorganism—the evolving biosphere—will force us to think about the larger consequences of our actions and the urgent need to coordinate them, so that we may foster global sustainability and promote progress for humanity as a whole. This is required for the planetary brain to find its optimal configuration for the long-term persistence of life.

“Our primary collective goal should be hyperconnection.”

Our primary collective goal should be hyperconnection. Every year the number of ways to socially connect with others increases exponentially, allowing for ever-greater information flow. This promotes social awareness and knowledge exchange. As the nodes in the human network become increasingly connected, the web of life becomes more resilient to the harshness of nature, and better able to avoid existential catastrophe. If you believe that humans are only capable of doing more harm than good, consider that human-level intelligence is the only thing that can save a biosphere with conscious creatures from a cosmic catastrophe—like a comet colliding with Earth. By working collectively to facilitate a global consciousness from the global brain, we will make the superorganism (which we call the biosphere) more robust through new modes of self-correction, and new levels of control and causal power.

4. Science and spirituality are not incompatible.

Many assume that when you get down to the nuts and bolts of nature, a spiritual worldview is incompatible with a scientific one. This assumption couldn’t be more wrong. Spirituality simply refers to a sense of connection to something larger than oneself. To quote Carl Sagan again, “Science is not only compatible with spirituality; it is a profound source of spirituality.” Einstein shared this view, and also believed that the only path to true spiritual enlightenment was the trail we travel when we pursue scientific discovery: “The further the spiritual evolution of mankind advances, the more certain it seems to me that the path to genuine religiosity does not lie through the fear of life, and the fear of death, and blind faith, but through striving after rational knowledge.”

If life is a natural manifestation of physical law rather than an improbable fluke, then the new cosmic narrative has spiritual implications. We are not a cosmic accident; we are a cosmic imperative. The universe is self-organizing and self-actualizing, but it cannot achieve such aims on its own. Curiously, it needs the help of humble mortals. This gives humanity a collective purpose: to assist the universe in its great awakening by ensuring that life persists. To see to it that this process is realized, we must overcome existential challenges by aligning our interests, which promotes cooperation and minimizes conflict. The new cosmic narrative creates an ethical, economic, and political philosophy that has the power to unify us in these divided times. Raising awareness of our emergent cosmic purpose could accelerate social, moral, and technological progress, allowing us to transcend our intrinsic limitations, and the biosphere to extend outward, into the heavens.

“Humans are free agents, so it is up to us to decide between extinction and transcendence.”

5. The only way to get to the future is together.

Recognizing that we are an essential part of cosmic evolution establishes an agenda with clear milestones for humanity and a rational ethical code. This code is based on the premise that we have a responsibility to do what is good for the living network, which includes not only humans, but all sentient life, as well as the biosphere, since life critically depends on entire ecosystems. We must recognize that we are part of an interdependent, interconnected whole, and we must make decisions that are consistent with the goals of civilization. If we do not become cognizant that the only way to overcome existential challenges is by working together, then human civilization will fail, and those that come after us will get their chance.

But we don’t have to fail. Humans are free agents, so it is up to us to decide between extinction and transcendence. Through collective efforts, by way of our intellectual, cultural, and technological progress, we can continue assisting the cosmos in its great awakening process.

To align interests, we must have a common worldview, specifically that of the cosmic perspective. Under the cosmic perspective, there is only “we.” Our goal should be to try to achieve the greatest good for the greatest number of people. A spiritual ideology that is guided by science and aided by technology, that has a universal morality and a shared existential goal, will be the worldview of the future.

Sagan said, “A religion, old or new, that stressed the magnificence of the Universe as revealed by modern science might be able to draw forth reserves of reverence and awe hardly tapped by the conventional faiths. Sooner or later such a religion will emerge.” Similarly, Einstein wrote, “The religion of the future will be a cosmic religion. It should transcend a personal God and avoid dogmas and theology.” At this moment, in this corner of the universe, we are the stars of the show.

To listen to the audio version read by author Bobby Azarian, download the Next Big Idea App today: