The Sea We Swim In: How Stories Work in a Data-Driven World 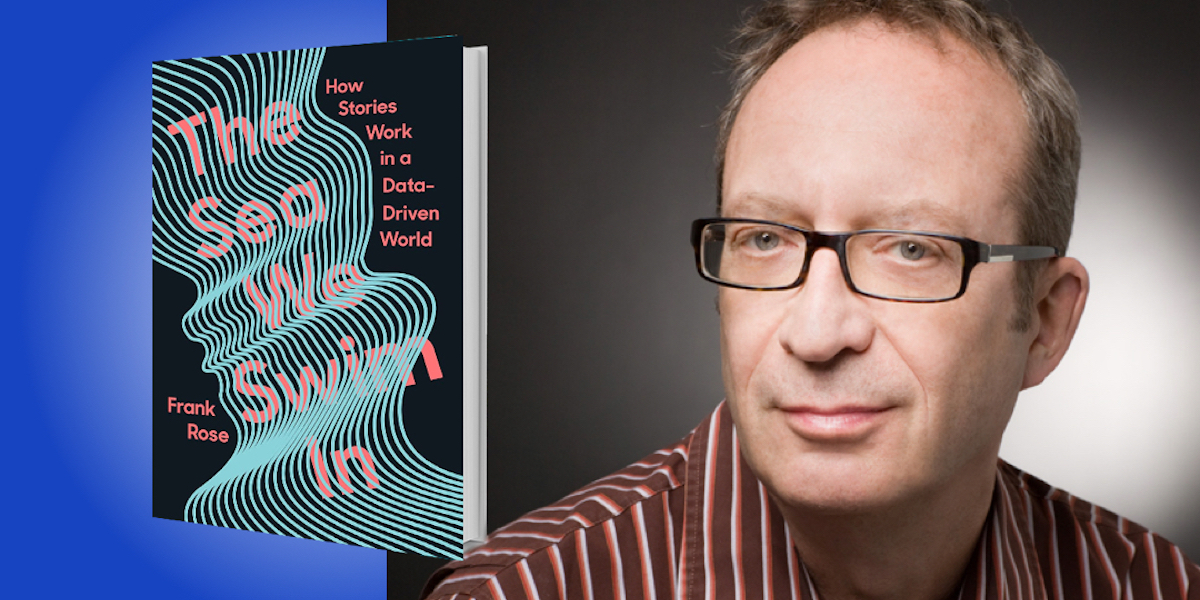 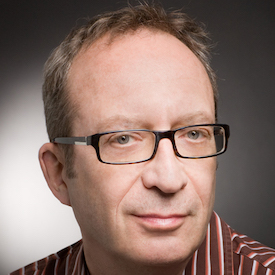 A former contributing editor at Wired and contributing writer at Fortune, Frank Rose now teaches global business executives as faculty director of Columbia University’s Strategic Storytelling seminar, and heads the Digital Dozen awards program at Columbia’s pioneering Digital Storytelling Lab. He is also the author of The Art of Immersion, a landmark book on tech and narrative.

Below, Frank shares 5 key insights from his new book, The Sea We Swim In: How Stories Work in a Data-Driven World (available now from Amazon). Listen to the audio version—read by Frank himself—in the Next Big Idea App.

1. We use stories to make sense of the world.

Growing up in Virginia, I never thought to wonder about the Confederate soldier on the courthouse lawn, or the larger-than-life statues of Confederate leaders on Monument Avenue in Richmond. It wasn’t until African-American activists started targeting them a few years ago that I started to see them for what they are: part of a large-scale effort to rewrite history. For generations, the myth of the “Lost Cause” absolved white Southerners of responsibility for the Civil War by promoting the fiction that the war wasn’t actually fought over slavery at all, but in defense of a governmental abstraction we call “states’ rights.” In fact, there’s no end of evidence that the South seceded over slavery, but nonetheless this tale appealed to a lot of people.

“The brain is a pattern-seeking organ, and stories are all about providing patterns. They help us orient ourselves in the world in ways we may barely register.”

So it’s kind of ironic that the campaign against these statues today is painted by the statues’ supporters as an effort to “erase history,” because the history they’re talking about is actually bunk. But true or false, it’s the story they grew up with, and what they’re really saying is that they feel good about this pattern, they like the structure it gives them, and they’re not ready to give it up. Indeed, the brain is a pattern-seeking organ, and stories are all about providing patterns. They help us orient ourselves in the world in ways we may barely register.

2. Stories, not reason, are our default mode of thought.

For decades, psychologists didn’t deign to study stories—they were considered frivolous, unworthy of serious study. But Jerome Bruner was different. “There are two modes of cognitive functioning, two modes of thought,” he wrote in 1986, “each providing distinctive ways of ordering experience, of constructing reality.” One mode is reason, which philosophers have been studying for centuries. The other is what we now call “narrative thinking.”

Narrative thinking is our default mode—it’s what we engage in all the time. It’s gossip. It’s television. It’s the movies. It has little to do with reason and everything to do with emotion. As a species, we humans have an enormous investment in the idea that we are rational creatures, that we’re far too smart to be persuaded by something so emotional as a story. Unfortunately, our attachment to this idea is much more emotional than it is rational.

Economists made believe that we are “rational actors,” wild stock market swings and tulipomania notwithstanding. Ad executives used to talk about the “unique selling proposition,” the benefit that would give their product an edge over all competitors—as if consumers would automatically make the right choice when confronted with the facts. But deep down, we all realize that reason is an aspirational goal. Maybe that’s the real reason scientists were so reluctant to study stories; maybe they were afraid of what they’d find.

“‘Simply by telling a story,’ Hasson said to me, ‘I’m making your brain similar to mine.’”

3. Nobody ever “consumed” a story.

We consume Coke or Pepsi or potato chips, but we don’t consume stories. We co-create stories in partnership with the author—or so psychologists concluded after they finally started looking into what’s going on when we read or watch or listen to a story. The prevailing theory today, based on neuroimaging studies and psychology experiments, is that we enter imaginatively into the story, bonding with one of the main characters and subliminally putting ourselves in their position. As Stephen King put it in his book On Writing, “Description begins in the writer’s imagination, but should finish in the reader’s.” This means that the basic premise behind 20th-century mass media—that we sit there passively while the professionals entertain us or give us the news or tell us what to buy—is fundamentally false.

4. Stories can change your brain state, and much more effectively than a logical argument.

Uri Hasson, a neuroscientist at Princeton, started out in Israel doing brain scans of people as they watched The Good, the Bad and the Ugly, the 1966 Clint Eastwood movie. It turned out that the movie activated the same parts of the brain at the same time in different viewers, putting them in sync with one another and demonstrating a mental link between storyteller and audience—a “neural coupling”—at work. In other words, co-creation.

In a later study, Hasson compared the brain activity of people watching The Good, the Bad and the Ugly with a second group watching Curb Your Enthusiasm, the Larry David comedy show, and with a third group watching a highly suspenseful episode of Alfred Hitchcock Presents—an episode that Hitchcock himself directed. The Hitchcock show evoked similar responses among viewers in more than 65 percent of the neocortex—a bigger slice of the brain than The Good, the Bad and the Ugly, and way more than Curb Your Enthusiasm. This suggests that a master storyteller like Hitchcock can orchestrate the response of many different brain regions in many different viewers, turning them on and off at will. But it’s not just Hitchcock: “Simply by telling a story,” Hasson said to me, “I’m making your brain similar to mine.”

“Logical arguments tend to produce an argument in response, but stories can seduce us.”

Other studies have shown that the more fully we project ourselves into a story, the more immersed in it we become—and the more immersed we become, the more likely it will affect our attitudes on whatever the story is about. Logical arguments tend to produce an argument in response, but stories can seduce us. The potential for manipulation is obvious; as University of Sydney narratologist Tom van Laer once put it, “Nothing is less innocent than a story.”

In July 2020, social media executives were summoned to Washington to explain why their platforms had become vectors of hate and misinformation, and what they were going to do about it. Charlie Warzel wrote a column in the New York Times about their all-purpose response: “We Know We Have More Work to Do (let’s call it W.K.W.H.M.W.T.D. for short) is the definitive utterance of the social media era, trotted out by executives whenever their companies come in for a public shaming,” Charlie wrote. WKWHMWTD was everywhere last year—quoted in the news, trotted out at Congressional hearings—and yet not much has changed.

True, Donald Trump was banned from Twitter and suspended from Facebook for at least two years after his supporters stormed the Capitol, and Facebook later ended its much-ballyhooed policy of allowing national leaders and politicians to say anything they want, true or otherwise. But Trump’s supporters continue to amplify his baseless claims that the 2020 election was “stolen,” and Facebook, Twitter, and Google (which owns YouTube) are under increasing pressure from Russia, India, and other countries to promote the stories their regimes want promoted and stifle the stories they want stifled. Nothing is less innocent than a story, as they say—unless it’s a story on social media.

To listen to the audio version read by Frank Rose, download the Next Big Idea App today: