The Secret to Making Friends as an Adult 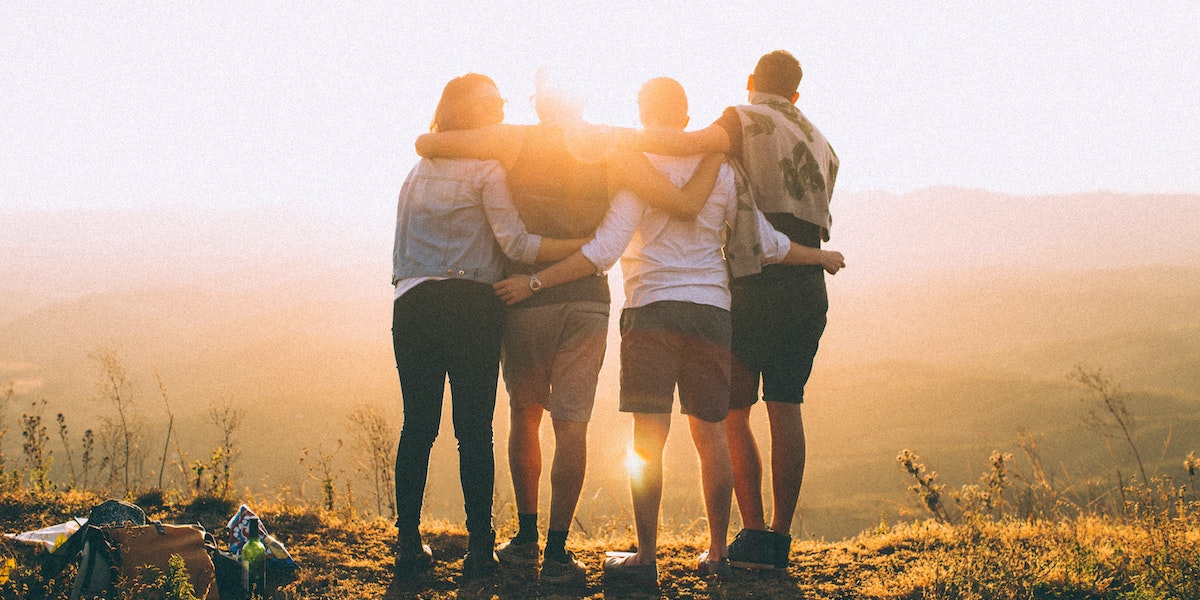 Friends aren’t just fun to hang out with and handy in a pinch; they’re also a biological necessity. In today’s episode of the Next Big Idea podcast, Rufus talks to journalist Lydia Denworth, author of Friendship: The Evolution, Biology, and Extraordinary Power of Life’s Fundamental Bond, about why friends—even the online variety—make us happier, healthier, smarter, and more successful. Listen to the full episode below, or read a few key highlights.

Rufus Griscom: Big Bird, Ernie, Mr. Rogers—they’ve been onto the importance of friendship for some time, not to mention Shakespeare and Aristotle. Why did it take scientists so long to address this?

Lydia Denworth: That is such a good question, and it’s part of why I wanted to write the book. I love to look at the evolution of knowledge. And I thought, Why did it take so long for us to know that this is not just valuable but invaluable—that this is really a matter of life and death? And the reason, I think, is because for a long time scientists didn’t fully appreciate the importance of relationships in general.

It’s squishy—it’s the stuff of women’s magazines. I think that there was a hesitation by some scientists to delve into it because it was “unscholarly.” It’s also just plain hard to measure and define—and science really needs measurement. You need to have variables to compare and outcomes to look at. So first, people had to think that it might matter, and then they had to figure out how to go about measuring and studying it.

“Big Bird, Ernie, Mr. Rogers—they’ve been onto the importance of friendship for some time, not to mention Shakespeare and Aristotle.”

For a long time, evolutionary biology failed to make sense of friendship.

Lydia: The big hole in Darwinian theory was: How do you explain altruism? How do you explain the fact that some individuals go to great lengths, and put themselves at considerable risk, to help others to whom they’re not related? Nobody had a good explanation for that for a very long time. But then an evolutionary biologist named Robert Trivvers, who was at Harvard in the 1970s, developed the idea of “reciprocal altruism,” which is a foundation for how we think about friendship, and how we got to understanding that connecting with and being good to others might have a real benefit for the larger community. Reciprocal altruism is basically the concept that you do something for me, and I do something for you. Now we understand that that reciprocity is a fundamental part of friendship, but it doesn’t have to be a tit-for-tat accounting. It’s bigger than that.

Want to boost your immune system? Hang out with your friends on Zoom.

Lydia: Even during a pandemic, it’s really critical that friends be there for each other. I think what we have to do is think more creatively about how we help each other and how we interact. For instance, one of the critical pieces of friendship is showing up for each other, but maybe we have to show up from a distance. This is a time to embrace digital technology, especially because friendship and close social bonds improve our health. They literally improve our immune systems. So we can’t shut out our friends altogether—we just need to think harder about how to be friends in this era.

Want to make new friends? Volunteer, join a club, put yourself out there—even if it makes you feel vulnerable.

Rufus: How do we go about making friends? We know that back in our monkey days, grooming was very effective. We could just sort of walk up to a stranger and help remove some insects from their fur. But that might surprise people today.

Lydia: Yeah, that might not go over so well.

Rufus: So what are your thoughts about how best to make new friends?

Lydia: You know, the same things have contributed to bringing people together forever. Aristotle and Socrates recognized that things like similarity and proximity mattered. One of the most important things is the way shared interests and shared worldview come into it. If you volunteer for something about which you have a passion, you will automatically meet other people who share that passion. And that is a really great basis on which to build a friendship. It’s better than trying to just throw yourself into a random social situation that doesn’t have that underlying uniting factor.

“If you volunteer for something about which you have a passion, you will automatically meet other people who share that passion. And that is a really great basis on which to build a friendship.”

Research shows that we’re all a little bit afraid to make ourselves vulnerable, so to invite someone to come do something with you when you’re trying to make a friend requires putting yourself out there a little bit. It’s not always easy to do—but there’s also research on something called “the liking gap,” which is that we assume that people like us less than they actually do. Generally, people like us more than we realize. And a lot of people share that same fear of vulnerability, so they might leap at the opportunity to get together if somebody is brave enough to suggest it.

Try talking to strangers—it’s good for you.

Lydia: There was a fascinating study in Chicago with commuters on the regional rail line. They forced some of the participants to talk to strangers on the commute, and others not to. And what they found was that even though nobody thought they wanted to do it, the ones who talked to strangers reported having a much more pleasant commute than they usually did. What the researchers think was going on was this assumption that other people wouldn’t want to talk to you. So maybe we should approach making friends with a more generous assumption: that maybe people out there do want to talk to us, that maybe they are looking to make friends, too. It won’t be true of everyone, but it will be true of more people than you think.