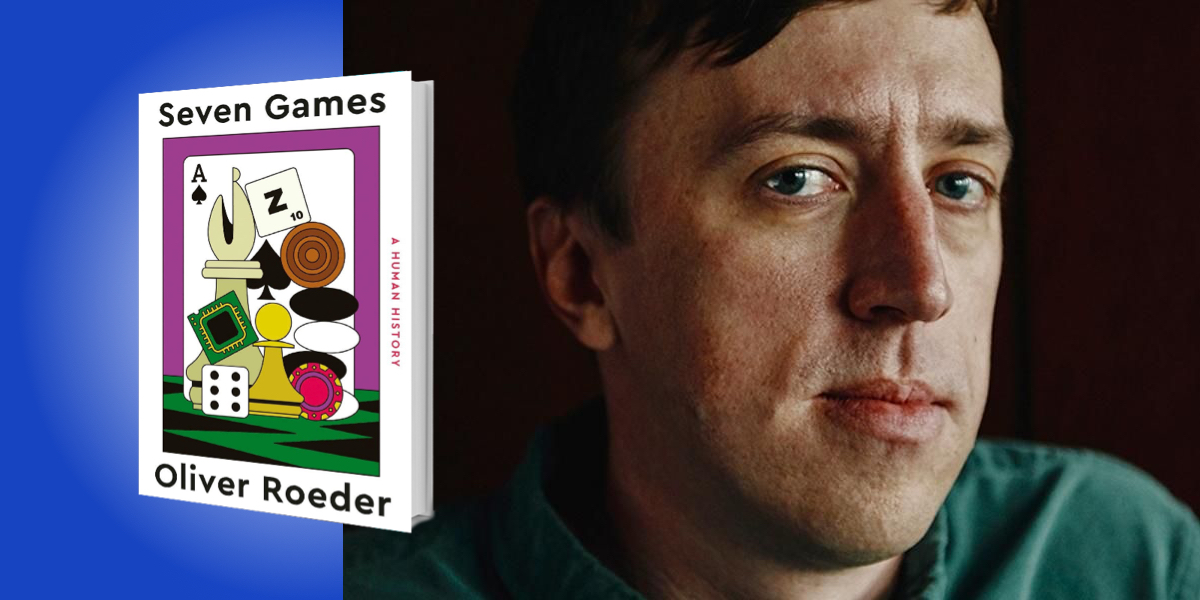 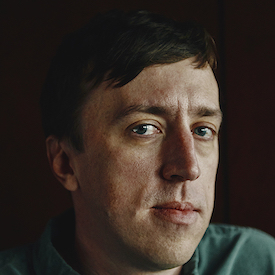 Oliver Roeder has been a senior writer at FiveThirtyEight and editor of The Riddler, a collection of the site’s math puzzles. He studied artificial intelligence as a Nieman Fellow at Harvard University and holds a PhD in economics focused on game theory.

Below, Oliver shares 5 key insights from his new book, Seven Games: A Human History. Listen to the audio version—read by Oliver himself—in the Next Big Idea App.

Aesop told a fable about an ant and a grasshopper. The grasshopper wakes up one day and wants to play. He comes across the ant and says, “Hey, ant, come and play with me.” But the ant mutters, “No, there is work to be done.”

The ant continues gathering seeds for the winter. The grasshopper, meanwhile, goes about happily playing his games in the meadow. Eventually winter does come, and food is scarce. The ant eats well from his stockpile while the grasshopper goes hungry. The end.

Games are simplified models that allow us to isolate and experience facets of a dauntingly complicated real world. Games present us with concepts and dynamics that we can grasp and master, all from the comfort of our kitchen table. Playing a game—entering what cultural historian Johan Huizinga called the “magic circle,” or the space created when we sit down to play—is adopting a unique way of seeing and acting in the world.

Games are rich, fertile gardens of strategies and ideas. When we play them, we strive to understand them, get better at them, and win. But the reward is nothing more than that of striving toward a goal, of exploring a magic circle. Games’ values are modern values: process preferred to product, journey preferred to destination.

“Games are simplified models that allow us to isolate and experience facets of a dauntingly complicated real world.”

Painting is an art form that captures the visual world, music captures the audible world, novels capture the narrative world, and games capture human agency. Unique in art, games crystallize ways of being, deciding, and acting—meaning ways of expressing who we are and how we think.

Every game, like every painting, captures a different aspect of the world. A game like chess lets us plan ahead and rigorously explore tactics. A game like backgammon, with its roll of the dice, lets us reckon with the great uncertainty of the world; it makes us adapt so that we keep our footing on shifting sands. A game like poker has us confront hidden information and deception. And a game like bridge, played in partnerships, rewards empathy—for both friend and foe.

Like any painting, song, or novel, any game evokes certain emotions in its player, and leaves behind traces that we take back with us into the broader world.

Games appeal to humans because they are small, perfectible models of an overwhelmingly complex real world. And they appeal to machines for exactly the same reason.

Ever since there have been computers, their programmers have made them play games. The idea goes, if a computer could play a game well, then surely it can do other things well. It must be intelligent, just as surely a chess grandmaster is intelligent.

“Games have dictated vast swaths of artificial intelligence research for decades. The open question, however, is what comes next?”

Indeed, the most notable successes of artificial intelligence have come in games. Headline events like IBM’s Deep Blue defeating Garry Kasparov in chess, or Watson defeating Ken Jennings on Jeopardy!, or Google’s AlphaGo defeating Lee Sedol in the ancient Chinese game of Go.

Games have dictated vast swaths of artificial intelligence research for decades. The open question, however, is what comes next? Can these game-playing machines crawl off the chess board and into the real world? Increasingly, with modern neural network approaches, the answer seems to be yes. Parts of a strong computer backgammon player were used by NASA on the space shuttle; parts of a Go-playing machine now fold proteins.

4. There is no such thing as “man versus machine.”

The game contests I’ve described are often billed as man-versus-machine matches—splashy sci-fi battles that would prove the supremacy (or lead to the demise) of our species. But we should never forget that humans built those machines.

I visited many of these human competitors. In Edmonton, Canada, I met a computer scientist who devoted his entire professional life to solving the game of checkers, at the expense of his family and, at times, his own mental health. In the Oregon wilderness was the astrophysicist who tried to conquer the game of bridge with his machine, and who saw his mathematics as a hymn of praise to God. At Carnegie Mellon they were devoted to poker, at MIT to Scrabble, at IBM Research to chess and backgammon. Behind every machine is a devoted human, with human struggles and defeats and achievements.

“Behind every machine is a devoted human, with human struggles and defeats and achievements.”

So there is no such thing as man versus machine. It is simply human versus human: toolmaker versus performer.

5. Games are our salvation.

Bernard Suits, perhaps the only ever true philosopher of games, envisioned a future he called Utopia: a time when all material needs would be met by advanced technology and, therefore, a time when games would be “perhaps our only salvation.” Once all the instrumental goods are provided, all that remains would be nurturing and enjoying the intrinsic good provided by games. It’s an audacious, but compelling, argument—one I’m eager to accept as a lover of games, and it can’t hurt to be prepared—though Utopia itself does not appear to be forthcoming.

Games, however, are also crucial in terrible crises, and their cultivation is perhaps our only salvation regardless of what the future holds. The reporting for my book was ongoing when the novel coronavirus spread and social distancing became the norm. As the pandemic ravaged the globe, we suffered, we cheered for front-line workers, we masked up and sanitized… and we flocked to play games. Countless families and friends kept in touch through board games augmented with video chat. A million new members joined Chess.com each month of lockdown, and the chess miniseries The Queen’s Gambit was a runaway hit. Backgammon Galaxy’s servers crashed under the weight of record numbers of players. A new Scrabble site was launched and flourished. At the height of the pandemic, more games were being played than at perhaps any time in human history.

Games became solace. Players did not arrive in droves seeking difficulty or complexity, a sense of achievement, or a frivolous distraction. We arrived in search of agency that had been temporarily denied. We arrived to flex muscles that were atrophying. We arrived to spend a bit of time in the magic circle, consuming the art of games.

To listen to the audio version read by author Oliver Roeder, download the Next Big Idea App today: