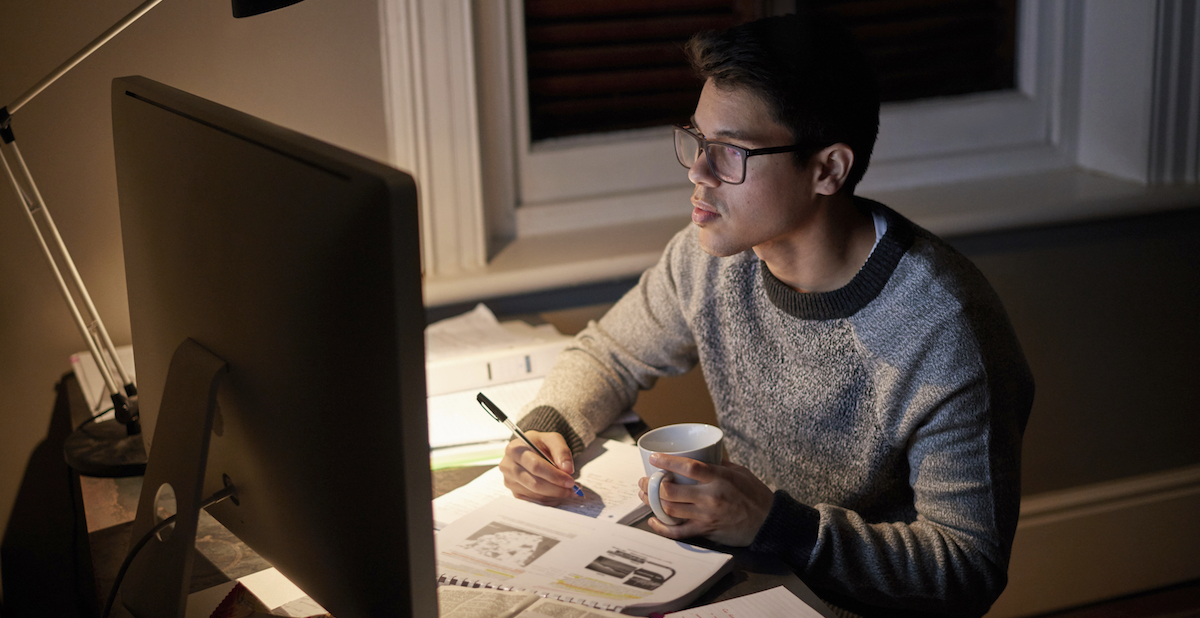 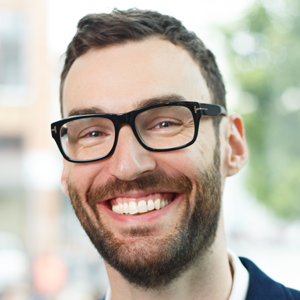 For years, I tried to start a daily writing habit. See, I had this crazy idea to write a book, and I knew I’d need a lot of time and practice to get it done. But with kids and a full-time job, there was no way I could find big blocks of time during the day. If I was going to write regularly, I’d have to make the time… from somewhere.

First, I tried waking up early to write. My friend John had re-trained himself to become a morning person, and I followed his approach. I set my alarm, woke early, and drank coffee. But it didn’t work for me. I was always thwarted — either by interruptions from my kids or by my own sluggish biorhythms.

So in 2013, I gave up on being a morning person. Instead, I decided to get better at being a night person.

Being productive at night is tricky

Staying up late has always been fairly easy for me. After my kids go to bed, everything is dark and quiet. It should’ve been the perfect time to write.

Except… it was not perfect. Although I had no problem staying awake, it was hard for me to stay on task. In the evenings, my brain was fried by everything that happened during the day. Writing takes a lot of willpower, and I didn’t have enough left.

Instead of writing, I’d get distracted by the internet. For me, the primary culprits are sports news and email. Should I start writing… or should I quickly check for Seahawks news? Should I revise that paragraph? Ugh, that’s hard… instead, I’ll open my inbox… hmm, new message from LinkedIn about my connections’ skills… I’ll archive that… Click!

Click by click, I lost the will and the time to write. After two hours of slush, I’d go to bed, dejected—I’d stayed up late for nothing.

I finally realized if I was gonna get things done at night, I had to either get better self control (not happening) or shut off the internet.

Several years ago, I deleted a bunch of apps on my iPhone to reduce distraction, and it was great. Maybe, I thought, I could apply a similar approach to the internet at home — and free up some productive writing time.

1. Set the timer to turn off at 9PM and turn on at 5AM.
2. Plugged in the timer.
3. Plugged my internet router into the timer.

Holy smokes. At 9PM, the kids were asleep and the household chores were done. The timer clicked. And… there was no inbox and no Seahawks. No Netflix, no Twitter, no MacRumors. My laptop turned into a desert island, and my god, it was beautiful.

With nothing else to do, with no entertainment or fake tasks to accomplish, I had to write. And I did. I had one to three hours every night, depending on when I started and how late I stayed up.

A few months later, I completed the first draft of an adventure novel. It was terrible. I kept going and finished a second draft. Also terrible. Now, three and a half years later, I’m on the seventh terrible draft. Turning off the internet didn’t make me a publishable fiction author (at least, not yet).

But it did get me writing. And along the way, I got enough practice to become a publishable nonfiction author. Last year, together with my co-workers, I wrote a book called Sprint. And this year — this is just blatant bragging, sorry — it actually made the New York Times bestseller list!

Now, I’m not going to tell you that everyone should switch off their wifi at night. Many people have great self control, and when they want to focus, they focus. But if you ever struggle to ignore your inbox or the news, you might try it.

A vacation timer makes for a simple, cheap experiment. And it’s not as crazy as it sounds: later, I learned that my friend Nir does the exact same thing.

We can’t all be morning people

We’re genetically predisposed to be either morning people or night people. I base this not on science, but on first-hand observation of my sons, conducted over the past several thousand days.

My twelve-year-old son Luke is a morning person who wakes up singing. At breakfast — without caffeine or other stimulants — he can speak at a rate of approximately 2,600 words per minute. My five-year-old son Flynn, on the other hand, is a night person like me. The morning makes him confused and angry, and if I try to talk to him before 7AM, he will punch me in the crotch.

But people like me and Flynn can still get things done. We have the night. And when Flynn is old enough to be distracted by the internet, I’m going to buy him his very own vacation timer.