Sickening: How Big Pharma Broke American Health Care and How We Can Repair It 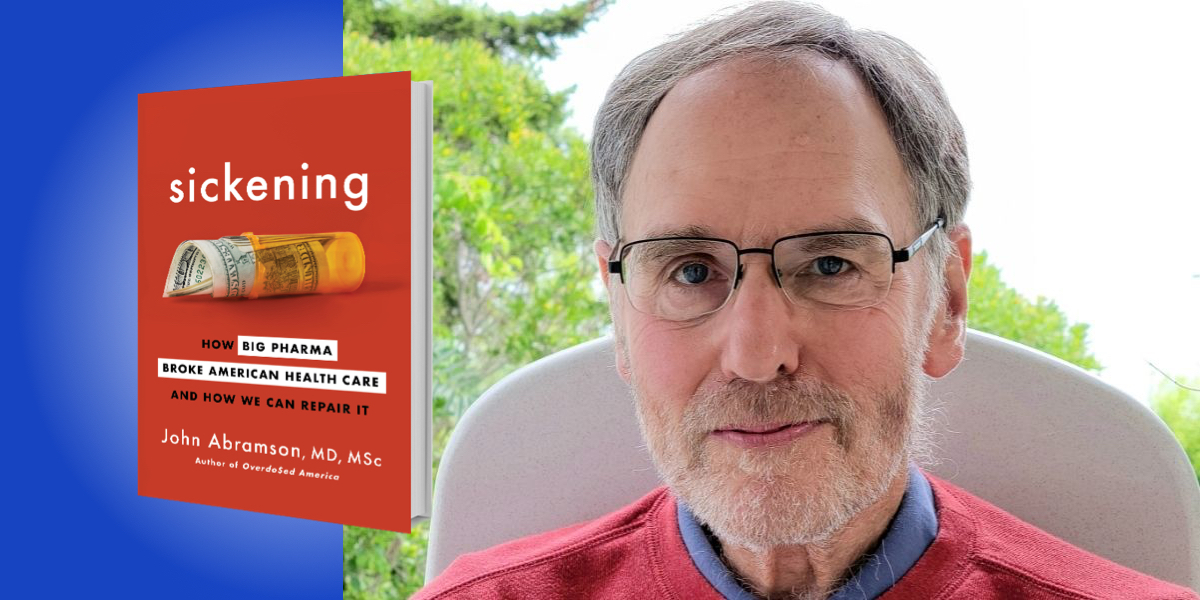 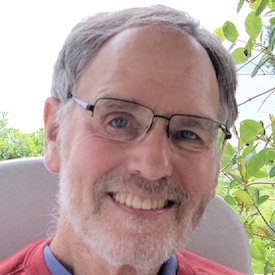 Dr. John Abramson has been on the faculty of Harvard Medical School for 25 years, where he teaches health care policy. He also served as a family physician for 22 years, during which he was named a “top doctor” six times in local, state, and national surveys. Dr. Abramson also served as an unpaid consultant to the FBI and Department of Justice, and has appeared on Today, NPR’s All Things Considered, CBS Evening News, NBC Nightly News, and elsewhere.

Below, John shares 5 key insights from his new book, Sickening: How Big Pharma Broke American Health Care and How We Can Repair It. Listen to the audio version—read by John himself—in the Next Big Idea App.

1. By gaining control of clinical research, drug companies have gained control over much of what even the best doctors believe to be optimal therapy.

During the 1970s, the percentage of research grant applications to the National Institutes of Health that were successfully funded decreased, forcing researchers to turn to industry. A 1982 article in the journal Science noted that “scientists who 10 years ago would have snubbed their academic noses at industrial money now eagerly seek it out.”

Then in 1980, passage of the Bayh-Dole Act allowed nonprofit research institutions and academic researchers to commercialize discoveries made while conducting federally funded research, and to retain the profits derived from those discoveries. These changes led Harvard president Derek Bok to express concern that the university’s central commitment to the pursuit of knowledge and learning would be confused by introducing into the very heart of the academic enterprise a new and powerful motive—the search for utility and commercial gain.

Controlling medical research means controlling the knowledge that shapes our health care. And as time rolls on, we are paying an ever-dearer price for allowing commercial interests to wield most of that control.

2. Medical science is not as objective as you (and your doctors) may think.

Even if clinical research is largely controlled by the drug and device companies, science is supposed to be objective. So it shouldn’t matter who pays for the studies, or even who controls the data, as long as the trials are well-conducted and peer-reviewed, right? Wrong.

One of my tasks as an expert in litigation was to go behind the clinical trial results published in medical journals to see if the claims made were supported by the underlying data. Often, they weren’t.

For example, the most widely publicized clinical trial of Neurontin (generic name gabapentin) was for the treatment of diabetic nerve pain (not an FDA-approved use). The article, published in the Journal of the American Medical Association, claimed that people suffering from diabetic nerve pain received significant relief from Neurontin. But the people in the study assigned to take Neurontin had been treated with twice the maximum FDA-approved dose. As a result, more than half of them developed side effects, compared to only 15 percent of the people treated with placebo.

Because the Kaiser Foundation Health Plan had sued Pfizer, the manufacturer of Neurontin, for making off-label and unsubstantiated claims about the benefits of Neurontin to its doctors, plaintiffs’ lawyers could request the manufacturers’ confidential underlying data. Analysis of that data showed there was no significant pain relief until the people being treated with Neurontin had been tipped off by their side effects that they were receiving the active drug. In other words, doubling the FDA-approved maximum dose of Neurontin had caused such a high rate of side effects that the study was no longer the double-blind randomized controlled trial the manufacturer claimed it to be. Nonetheless, after the article was published in JAMA, the manufacturer hired a PR firm that created 85 million “impressions” of these misleading findings purportedly showing the benefit of Neurontin.

These facts (and many others) were presented in U.S. District Court in testimony by me and other plaintiffs’ experts. The jury found Pfizer had committed both fraud and racketeering violations in its off-label marketing of Neurontin. Even so, gabapentin is still one of the most frequently prescribed drugs in the U.S.—and the vast majority of that use is for non-FDA approved indications.

“One of my tasks as an expert in litigation was to go behind the clinical trial results published in medical journals to see if the claims made were supported by the underlying data. Often, they weren’t.”

3. With regard to the health benefits of medical innovation, all that glitters is not gold.

Of the approximately 30 truly new drugs the FDA approves each year, only about one out of four has been shown to provide clinical benefit that is significantly superior to drugs that were already on the market. While it is crucially important to remember that the one drug out of four can provide enormous benefit—like allowing people with HIV infection to live normal lives, or creating effective vaccines for COVID-19 in record time—this leaves Americans with two unique problems.

First, virtually all other wealthy countries have an independent mechanism for evaluating the comparative clinical benefit of new drugs—it’s called “health technology assessment.” This mechanism informs doctors about the relative advantages and disadvantages of new drugs, performs cost-effectiveness evaluations to determine the most efficient therapy, and makes coverage recommendations to guide therapy in the most effective and efficient direction. But the United States lacks such an agency, which leaves American doctors largely unable to determine which of the newly approved drugs are true clinical advances and which provide the greatest value.

And second, the U.S. is the only wealthy country that does not have some mechanism of regulating the price of prescription drugs. As a result, brand-name drugs cost an average of three and a half times more in the U.S. than in other OECD countries. Because the manufacturers hold patents on new drugs—essentially creating monopolies—they can invest enormous amounts of money marketing their new products, creating the impression of superiority over previously available therapy, when this has not been proven. Evidence suggests that, compared to similar countries, lower-quality drugs are used more frequently in the U.S. And because of our uniquely pro-drug company policies, between two-thirds and three-quarters of global pharmaceutical profits come from U.S. sales.

4. Evidence-based medicine would be a great idea—if it were based on real evidence.

Doctors are taught to practice evidence-based medicine, meaning they should base their practice decisions on high-quality clinical trials published in peer-reviewed medical journals. But one of the best-kept secrets in all of health care—understood by few doctors—is that peer reviewers and medical journal editors, who are assumed to be performing due diligence to ensure the accuracy and completeness of those reports, do not have access to the underlying data from the trials. The published reports that doctors are taught to accept as fully vetted scientific evidence would be more accurately described as unverified data summaries prepared largely by or for the sponsoring drug companies.

“The published reports that doctors are taught to accept as fully vetted scientific evidence would be more accurately described as unverified data summaries prepared largely by or for the sponsoring drug companies.”

In fact, the experts who write the clinical practice guidelines that define the standards of care don’t even have access to the underlying data from the clinical trials they are relying on.

Why don’t the medical journals simply insist on access to the underlying data before lending their endorsement to the published articles? The answer, explained Dr. Richard Smith after serving for almost 25 years as an editor at the British Medical Journal, is that the journals have a strong but largely covert incentive to publish articles that reflect favorably on brand-name drugs. After influential articles are published in medical journals—the more prestigious the better—the manufacturers then purchase reprints of these articles to serve as powerful marketing tools when handed out to physicians by their drug reps.

5. The only way to improve American health care is to make democracy work.

The components of meaningful reform are not complicated: ensure that all Americans have health care coverage; rebalance our research agenda so the knowledge that is produced reflects the epidemiological needs of the American people, rather than the financial aspirations of investors; ensure the accuracy and reasonable completeness of the scientific evidence that guides our health care by requiring that all authors, peer reviewers, and medical journal editors have access to complete clinical trial data prior to publication of clinical trial results; implement independent health technology assessment and clinical practice guidelines; and adopt reasonable price controls on brand-name drugs.

The challenge is not what to do—it’s how to get it done. To date, the drug and device companies’ political power—through lobbying, campaign contributions, and public relations—has prevailed over the will of the American people. What is needed to overcome this corporate resistance is a tripartite coalition of: health care providers, who are currently unable realize their primary professional goal of bringing genuine evidence-based medicine to the service of their patients; non-healthcare-related purchasers of health care coverage, who want to provide effective and efficient health care to those they cover; and, most importantly, the American people, who want the best health care possible for themselves and their families for a fair price.

These are reasonable goals that have been achieved by all other wealthy countries. There is no reason that Americans should have to tolerate the current extreme negative exceptionalism of American health care.

To listen to the audio version read by author John Abramson, download the Next Big Idea App today: