Holiday Sales Hurt Businesses, So They Use These Tricks to Catch Up 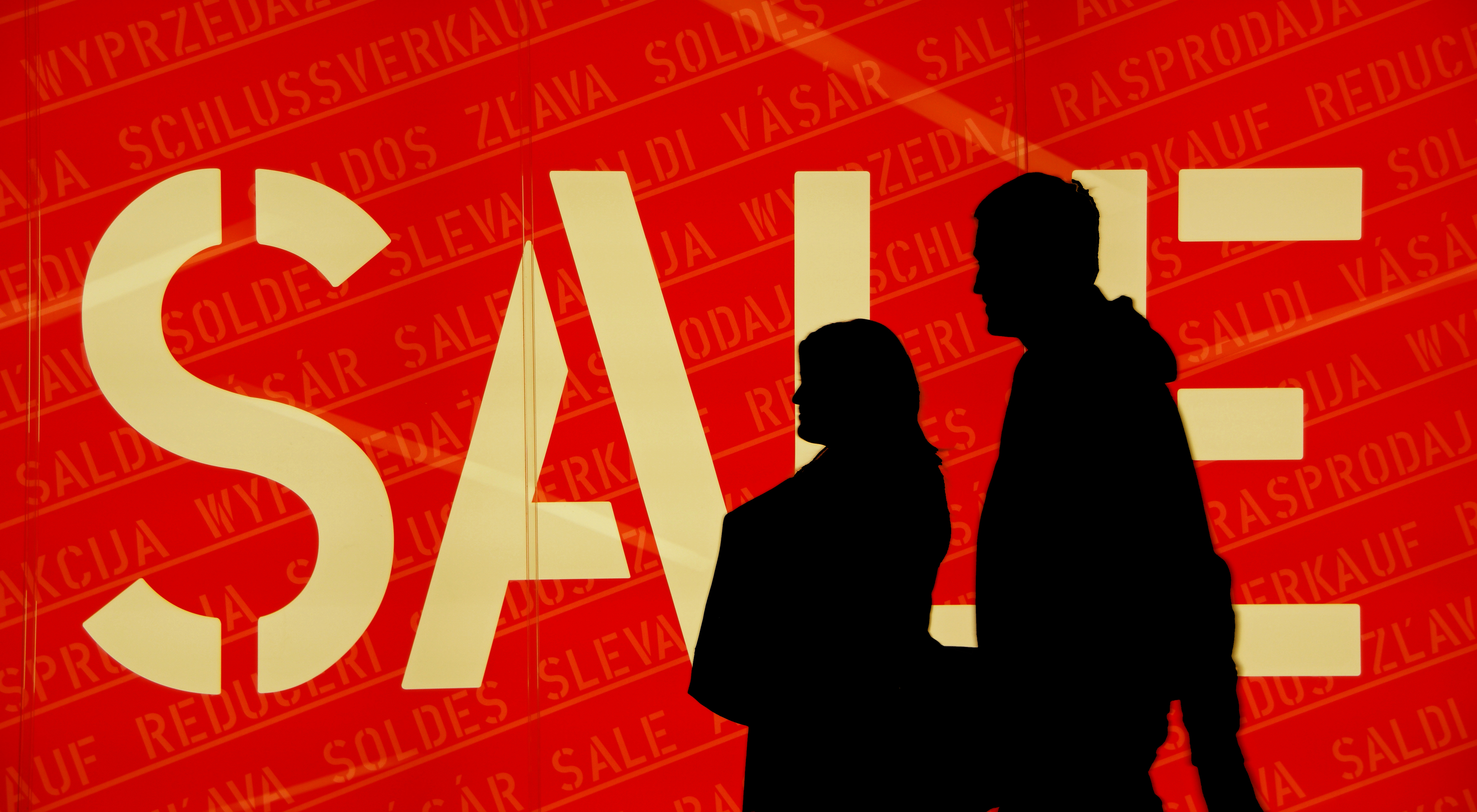 30% off, buy-one-get-one-half off, $10 off a $30 purchase… nothing says the holidays are upon us quite like the flood of sales. Whether you’re a dedicated online shopper or a retail store die-hard who whistles along with “Jingle Bell Rock” as it pipes out of a mall sound system, it’s likely you’ll be doing some shopping in the next couple weeks. But before you start jumping at those sales, keep in mind that not all deals are created equal. So how to distinguish the duds from the real savings?

TEDx talker and Columbia University lecturer Simon Sinek may have the answer. In his bestselling Start With Why, he offers insightful explanations about how brands manipulate consumers into making purchases (while often failing to nab loyal customers).

You’ve surely seen it: The end-of-season sales, everything must go, clearance rack full of red tags. To make way for new merchandise, stores must first dispose of the old, and often they’re willing to lower their prices drastically to do so. Yet Sinek explains that pricing strategies are hardly a sustainable method for businesses to retain clients — fashion junkies accustomed to the bargain bin will think hard about doling out list prices for coveted items. And with good reason: Why pay full-price for something you’ll almost certainly find reduced months or even weeks later? Though, from the business’s perspective, sales might be an ineffective tool to gain customer loyalty, from the perspective of the shopper, this is what the holiday season is all about. These in-store, immediate sales are the most certain way to ensure you’re getting a deal during the holiday rush.

Brands can add value to a particular product, at least in the eyes of the customer, by offering a little something extra with a purchase. Promotions range from two-for-one deals — so prevalent it’s now been abbreviated BOGO (Buy One Get One) — to kids’ meals toys that encourage parents to take their little ones for fast food. But it’s important to recognize that even if you’re getting double the value with a single purchase, if it wasn’t a single purchase you would have made in the absence of the deal, it’s not really a deal at all. To gauge whether the promotion is worthwhile, ask yourself: Do I need one of these, let alone two?

Rebates are also an insidious method of promoting a product — insidious because they’re so often unrealized, as the barrier to entry can be too high to prompt consumers to seek out the meager cash return. Rebates are essentially promotions with strings attached. They require the customer mail in a coupon and jump through hoops in order to access the promotion, and even then, there are often fine-print restrictions that limit its effect. In short, if you’re not saving money on the day of your purchase, it’s likely you won’t save at all.

Sinek quotes a too-real statistic to underline how aspirations drive sales. Each January, gym memberships tend to increase just over 10 percent, undoubtedly the product of New Year’s resolutions. A small fraction of these new members will stick to their resolution by year’s end. Cheap fitness centers like Planet Fitness make their bones assuming that many of their clients will not use the facilities, keeping prices low through low operation costs. So before you shell out the deposit for that gym membership, remember that it’s not a deal if you won’t use it.

More like celebrity-pressure. As Sinek describes it, celebrity endorsements can act as a surprisingly powerful motivator. It’s something to watch out for before spending big on Under Armour just because Misty Copeland says so. You’ll derive more long-term satisfaction, Sinek assures us, from an internally motivated purchase rather than one borne of a desire to emulate an idol.

iPhone 4, 4G, 5, 5G, 5S, 6 — each subsequent upgrade bears only moderate improvements on the previous iteration, yet audiences wait in long lines, entranced by a new Apple product. (Sinek holds Apple up as a particularly why-oriented company, one that has pinned down its raison d’être with such finesse that it hooks lifelong devotees with relative ease.) This is not to say that an upgrade will necessarily lead to regret. Quite the opposite: The screen’s new “3D Touch” sensitivity to pressure and improved front-facing camera in the jump from 6 to 6S are worthy additions to the iPhone’s arsenal of tools. But an iPhone is a significant investment, and Sinek’s point is that it’s important to distinguish novelty from innovation before making such an investment.

The hunt for a steal can be a thrilling chase; finding the perfect holiday gift feels all the more rewarding when it’s also a bargain. But keeping in mind these six ways that brands manipulate consumers will help sort those good deals from the just-fine deals, saving your wallet and your sanity in the process.