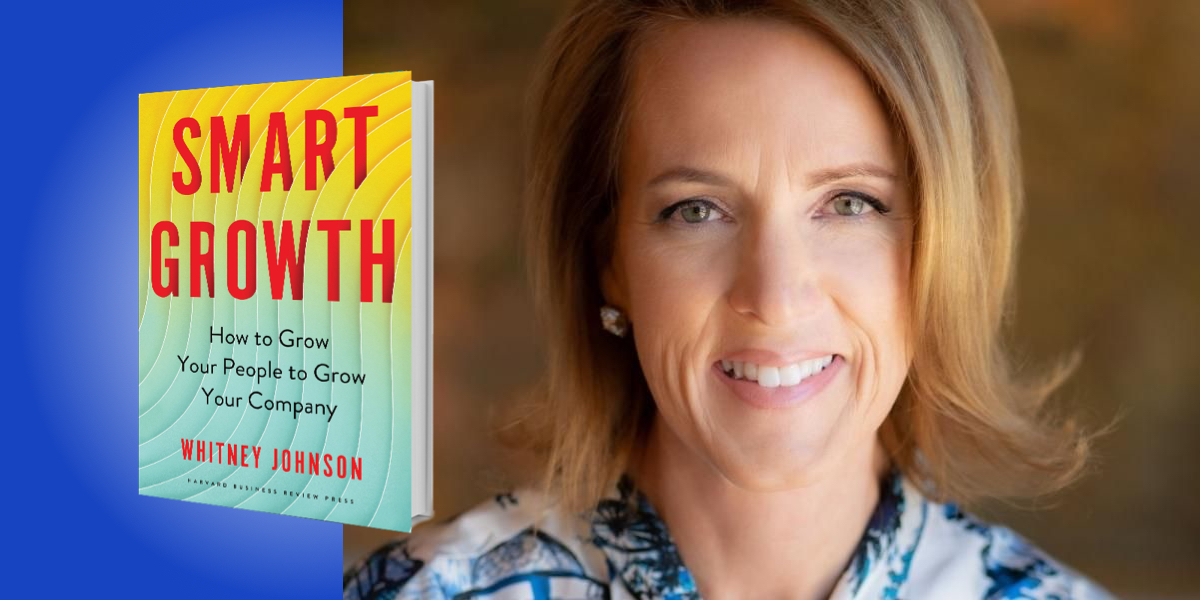 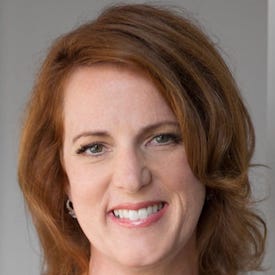 Whitney Johnson is the CEO of Disruption Advisors, a tech-enabled talent development company. She was an award-winning equity analyst on Wall Street and co-founder of the Disruptive Innovation Fund with Harvard’s Clayton Christensen. Her writing and podcast focus on innovation and disruption theory, and her latest book takes a deeper dive into post-traumatic growth.

Below, Whitney shares 5 key insights from her new book, Smart Growth: How to Grow Your People to Grow Your Company. Listen to the audio version—read by Whitney herself—in the Next Big Idea App.

1. The S Curve of learning provides a simple, visual model of what growth looks like.

For investors, the S Curve was popularized by social scientist Everett Rogers to figure out how quickly an innovation would be adopted. Rogers’ insight came as he asked the question, why are the farmers in my community so slow to adopt potentially useful ideas?

In 1928, there was a new type of corn introduced in Iowa that would increase yield by 20 percent, was drought resistant, and easier to harvest—potentially very useful, right? Yet after five years, only 10 percent of farmers had adopted this new type of corn. But then, after year five, adoption took off, and in the next three years, adoption went from 10 percent to 40 percent of farmers.

Slowly, then quickly, this new seed was adopted, meaning the farmers’ rate of adoption was S-shaped. The initial rollout is slow—this is the base of the S. But if it reaches a penetration of 10 to 15 percent, then there’s a tipping point. What was novel becomes worthy of imitation, and adoption goes into hypergrowth—this is the steep, sleek back of the curve. At about 90 percent adoption there’s saturation, so growth tapers off—the top of the S.

“The same model that explains how groups change is an analog for how individuals change. I call it the ‘S Curve of Learning.’”

The big insight for Rogers was that this model could help us understand social change. The same model that explains how groups change is an analog for how individuals change. I call it the “S Curve of Learning.” It models personal growth, the emotional arc of our growth, and answers questions like, why is it hard to start something new? Why, once you do start, does it become easy? And why do we outgrow things so quickly?

Every new skill learned, every challenge faced, every day, is a distinct learning curve. Every life is a series of S curves.

2. When you get smart about growth, you increase your capacity to grow.

Whenever you start something new, you are on the launch point of the S Curve. At first, growth feels slow—it can feel like a slog. But as you put in the effort, you’ll hit the knee of the curve, and accelerate into competence and confidence. This is the exciting part of the curve. It’s still hard, but no longer too hard. Easier, but not yet too easy. This is the sweet spot, where growth not only is fast, but also feels fast. Then you reach mastery, where you are very good at what you are doing, but because you are no longer learning, you can become bored. This is where growth not only feels slow—it is slow.

Slow, fast, slow is how you grow.

Whenever you jump to a new S Curve, your brain has a hypothesis about what you will need to move up that curve. At the launch point, you are making predictions, many of which are inaccurate, so there’s a drop in dopamine. This is why it’s hard to start something new.

In the sweet spot, your predictions are increasingly accurate, lots of dopamine. Hence, once you get started, it’s easy to keep going.

In mastery, your predictions are accurate. So, you get a little dopamine, but not a lot. That’s why you can be really good at something, yet feel like you can no longer keep doing it.

When you get smart about growth, when you can map what growth looks like, you can get serious about growth. Think about a biometric device that monitors steps, sleep, heart rate, and concentration. When you have data about where you are in your growth, you increase your capacity to grow.

3. The S Curve of learning gives leaders a shared language to talk about growth and development.

The S Curve of Learning can demystify personal growth, but it can also help decode talent development. How long you (or anyone) stays in an organization depends on perception of growth upside—are there opportunities to grow and develop? Because it is so simple, so visual, the S Curve provides a language to start a conversation about where people are and what’s next.

For example, Chatbooks, a company that turns Instagram photos into physical books, has worked hard to build a culture where people want to work—meaning people stay, achieving mastery along their S Curve, but then wonder what’s next. Once they had this vocabulary, one leader said, “Now I know what I was feeling. It’s not that I don’t love working here, but I’m no longer growing. I need a new Curve.” For another leader, also staying in role, but taking on several projects where he’s at the Launch Point, this framework has given him permission to be uncomfortable.

For leaders who want to grow their people, but aren’t sure how to have that conversation, the S Curve of Learning gives the language.

“How long you (or anyone) stays in an organization depends on perception of growth upside—are there opportunities to grow and develop?”

4. Nobody climbs the S Curve alone.

One of my favorite stories in Smart Growth is of Astrid Tuminez. She was born in a slum in the Philippines, where her family lived in a bamboo hut on stilts in the sea. She eventually immigrated to the U.S. and received degrees from Harvard and MIT, and is now the president of a university with 40,000 students.

Tuminez has abundant ability and incredible determination, but she said to me, “No person in this world is self-made. That is a delusion.” We all live and grow within an ecosystem. Within our ecosystem, there is a keystone species—something or someone—without whom we couldn’t grow. For Tuminez, that was her older sister and Catholic nuns.

There are also people who can’t grow without you, which makes you their keystone species. The health of your ecosystem depends on not only what you get, but what you give.

5. Growth is our default setting.

When I first became an equity analyst, after months of building a financial model, it was time to go public with a buy, sell, or neutral on the stock. The valuation was reasonable, but the stock was up a lot. What if I rated it a buy, and the stock went down? There weren’t any obvious reasons why it would, but not wanting to look foolish, I wanted to rate the stock neutral; which is if you don’t own it, don’t buy. If you do, don’t sell.

One colleague called me a shrinking violet. My boss pushed me, asking, “Why wouldn’t the stock keep going up?” They were hitting their numbers, they had momentum. I finally put a buy on the stock, and fortunately it did go up, but my boss’s question led me to a deeper query: do I believe that humans can keep growing?

It’s now been two decades since I put a buy on that stock, and my answer is yes—human growth is unbounded. The more we grow, the more we can grow. And the S Curve of Learning is a map to look at your life: where you were, where you are, and where you want to go. It helps you get smart about your growth.

To listen to the audio version read by author Whitney Johnson, download the Next Big Idea App today: