Smarter Tomorrow: How 15 Minutes of Neurohacking a Day Can Help You Work Better, Think Faster, and Get More Done 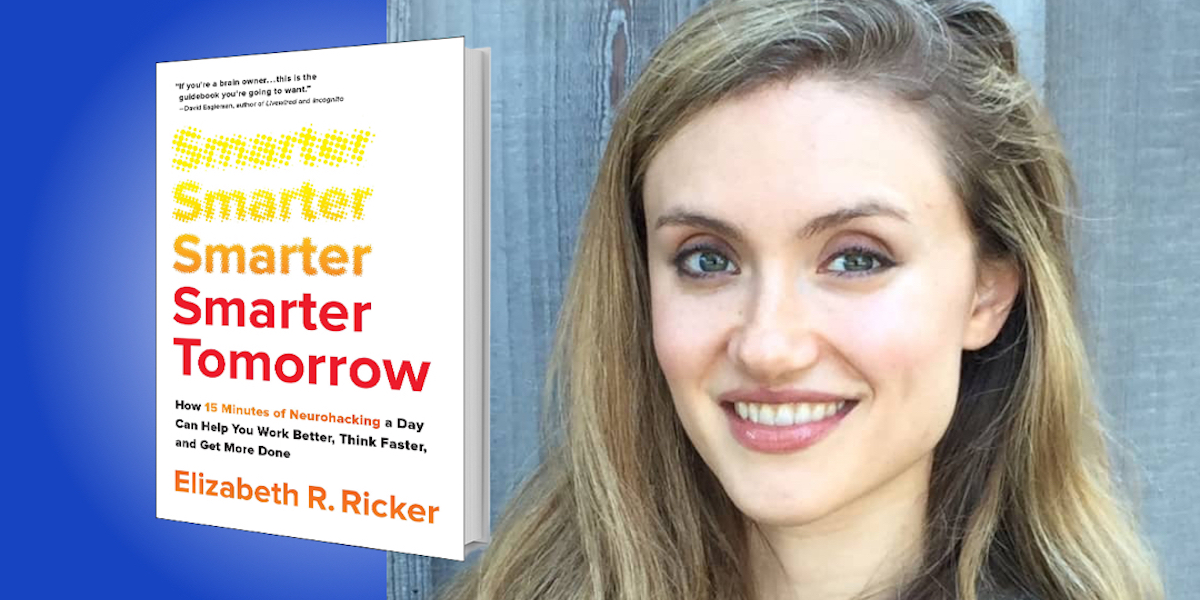 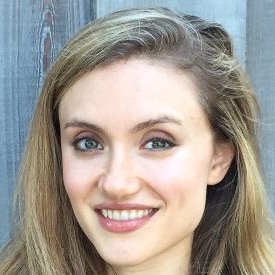 Elizabeth Ricker has given talks on cognitive enhancement and neurohacking across the U.S. and overseas. She is a sought-after expert by Silicon Valley venture capital firms, technology startups, and more. Ricker’s work has been featured on public broadcast TV in Europe and in the March for Science’s book Science Not Silence. Ricker received her undergraduate degree in Brain and Cognitive Sciences from MIT and her graduate degree in Mind, Brain, and Education from Harvard.

Below, Elizabeth shares 5 key insights from her new book, Smarter Tomorrow: How 15 Minutes of Neurohacking a Day Can Help You Work Better, Think Faster, and Get More Done. Listen to the audio version—read by Elizabeth herself—in the Next Big Idea App.

1. Now is the time to become a neurohacker.

First of all, what is neurohacking? The “neuro” part refers to our brains, and the “hacking” part refers to finding creative, unconventional ways to improve something. A neurohack can be something simple, like drinking tea instead of coffee because you’ve discovered it improves your attention better. Neurohacks can also be more technology-intensive—for instance, one of the tools I use is called “neurofeedback.” It involves a special headset that reads your brain waves and plays different sounds depending on whether or not you’re paying attention.

So why is now the time to start neurohacking? There are two reasons. The first is that mental performance is increasingly important. Businesses today don’t just compete locally—they compete globally. As education goes online, students are beginning to face the same global competition. And more recently, the pandemic has presented all sorts of challenges to our psychological well-being.

“The wiring of our brains is as unique as our fingerprints.”

The second reason to become a neurohacker is that it’s finally practical. At no earlier time in history could we use brain imaging technologies to peer into our brains and answer fundamental questions in real time. You can also glean brain health metrics from your phone, your smartwatch, and even online cognitive tests.

2. Choose research-backed interventions that you can use anywhere in just 15 minutes.

I use the term “intervention” to describe a treatment, activity, or compound aimed at improving your mental performance. An example could be something simple, like consuming caffeine to improve alertness. While writing my book, I focused on interventions backed up by blind, randomized controlled trials on healthy human participants. I was also looking for practical interventions, so I rejected anything that required a prescription or surgery, or was too risky, expensive, or tricky to use at home. The interventions I ended up picking ranged from free and simple—like exercise, yoga, and meditation—to lightly gadgety, like video games and neurostimulation.

Finally, I identified common health and lifestyle factors that can muck up your mental performance. (This is what I call “debugging yourself.”) These include things like poor sleep, nutrition, poor mental health, and even poor air quality. In these cases, the interventions would be things like adopting a new sleep routine, modifying your diet, signing up to work with an online or in-person therapist, or purchasing an air purifier.

Keep in mind, however, that one person’s brain can be quite different from the next person’s. In fact, recent research has shown that the wiring of our brains is as unique as our fingerprints. So what works perfectly for you might not work as well for me. Complicating things further, our brains change over time, so what worked for me last year might not work for me this year.

“Being a man or woman of your word improves quality of life in a variety of areas.”

3. Personalization is key; use self-experiments.

If we’re all different, how do you know whether something will work for you? You need to test it on yourself. There’s a trick that web designers use called “A/B testing.” They compare how many clicks two web pages get: one that has a red “buy now” button, and another that has a blue “buy now” button. In neurohacking, we do something similar. We compare how much mental benefit we get from intervention A versus intervention B, keeping everything other than the intervention the same. For example, imagine comparing the attentional benefits of two interventions: exercise versus meditation. You measure how good your focus levels are after 10 minutes of meditation, and you compare those focus levels to those after 10 minutes of exercise. In the book, I describe a specific 12-week program you can follow to make these kinds of comparisons more accurate. A/B testing is a type of self-experimentation, and it allows for powerful personalization.

In the book, I introduce four high-impact mental abilities with decades of research behind them. All four are tied to real-life success in areas like work, relationships, and personal satisfaction. To check that your neurohacking is actually making your life better, I also introduce two scoring systems as a sanity check.

The first mental ability is one that’s hard to ignore. IBM conducted a poll of over 1,500 executives, and these executives identified this mental ability as being even more important to leadership than hard work. What was the ability? Creativity.

A second mental ability I found predicted school performance and income better than either IQ or socioeconomic status. It’s called “executive function,” and roughly, it’s our ability to hold multiple ideas in our heads, manipulate them on the fly, control our impulses, and think flexibly.

“While New Year’s resolutions are infamous for their failure rates, the people who write out their goals and have check-in partners to hold them accountable often end up beating the odds.”

A third ability I identified turned out to be highly tied to satisfaction in relationships of all types: researchers call it “emotional self-regulation.”

The fourth ability is something that’s undeniably important in school, but it’s also what builds personal meaning throughout life. It sounds like two things, but researchers sometimes combine them as “learning and memory.”

So you’ve got four mental abilities to target for neurohacking, although what if you improve on those mental abilities, but you don’t improve in your life overall? That’s where the two personal scores come in.

The first is your “Say to Do” score, how often you actually do what you said you would do. Doing this consistently—being a man or woman of your word—improves quality of life in a variety of areas. It builds a sense of personal competence, and it builds trust in relationships. The second personal score is your “Life Satisfaction” score, which builds on research from positive psychology. It helps you assess how satisfied you are in a variety of life domains, including career, home, health, spirituality, and relationships

5. Use a lab notebook, find a buddy, and/or start a chain.

As you begin your neurohacking journey, there are many things to think about. What mental abilities should you target for upgrade? What interventions should you try? How long should you run each of your self-experiments for? My book introduces a sample 12-week program to follow, and encourages you to organize everything into a lab notebook.

To learn more about Elizabeth’s work (and access free tools), you can visit ericker.com. And to listen to the audio version of this Book Bite, read by Elizabeth herself, download the Next Big Idea App today: