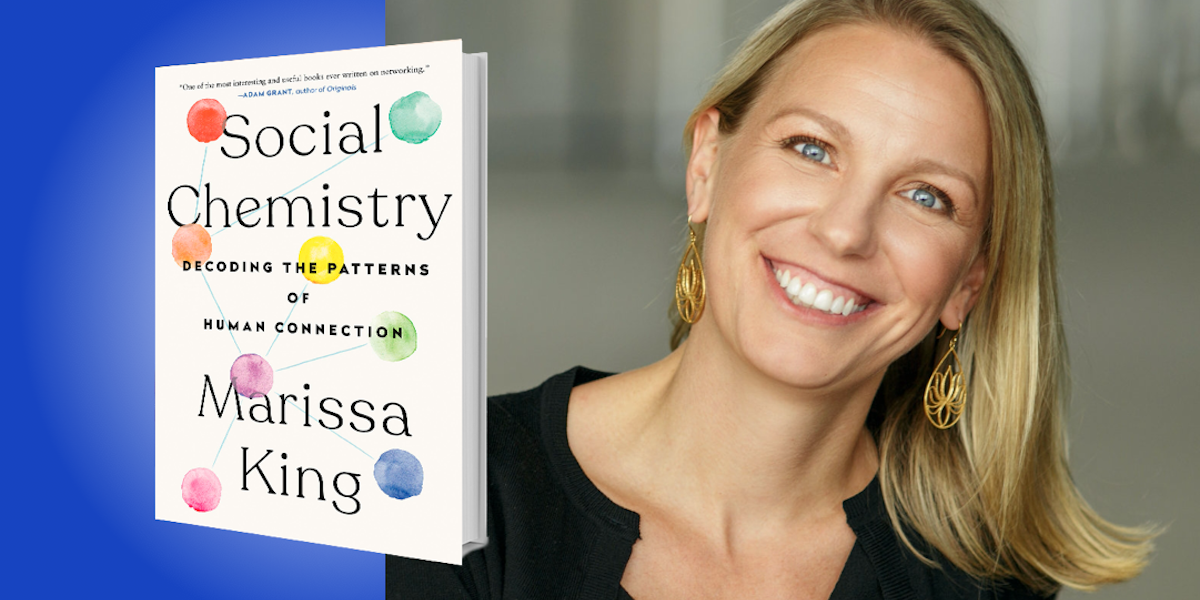 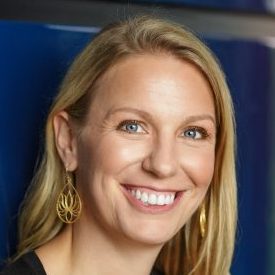 Marissa King is professor of Organizational Behavior at the Yale School of Management. Over the past fifteen years, King has studied how people’s social networks evolve, what they look like, and why that’s significant. Her research has been featured in outlets such as the New York Times, the Wall Street Journal, the Washington Post, USA Today, and The Atlantic.

Below, Marissa shares 5 key insights from her new book, Social Chemistry: Decoding the Patterns of Human Connection. Download the Next Big Idea App to enjoy more audio “Book Bites,” plus Ideas of the Day, ad-free podcast episodes, and more.

1. Networking often makes us feel dirty—but it doesn’t have to.

Imagine that you’re at a friend’s birthday party, and you bump into someone who gives you a valuable new insight related to work. Now imagine, on the other hand, that you’re at a professional mixer, with the idea that you may be able to get a job lead. Research shows that when people think about the second type of interaction—networking in the hopes of getting something out of it—people can actually feel dirty. We hold our relationships sacred, so the idea of being intentional or instrumental about them is morally off-putting for many. To avoid this sense of moral contamination that may come with networking, think about what you can give in a social interaction instead of what you can get.

2. Confidence is another major barrier to building effective personal networks, but you’re more likable than you think.

As for specific confidence-building strategies, remember that at cocktail parties, what looks like a wall of people is usually a cluster of different islands. When deciding which island to visit, try finding someone you already know, or someone who seems to have something in common with you. If you’d like to step further outside your comfort zone, look for an island with an odd number of people. It turns out that it’s difficult to maintain conversations with odd numbers of people, so by joining one of these groups, you can become a conversation partner for someone standing on the outskirts.

3. When it comes to your professional network, size doesn’t matter.

Instead of size, research shows that it’s the strength, quality, and structure of your connections that matter most. There are three network structure types:

4. Reconnection is the key to making the most out of your current network.

When Dan Levin, a professor at Rutgers, and his colleagues asked executives to create a list of either current connections or people that they hadn’t reached out to in two or three years—which they call “dormant ties”—they consistently found that advice received from dormant ties contributed more to work performance and provided more unexpected insights. In large part, this is because we spend most of our days conversing with people who already think like us, so by reaching out to people who we’ve lost touch with, they can offer new ways of seeing the world. No matter how you do it, whether it’s by thanking, giving, or asking, reconnecting creates value for you and for others.

In a study that I conducted with my colleagues, we looked at the networks of close to 500 people in June 2019, prior to the pandemic, and then in June of 2020, when we were all in the midst of lockdown. We found that people’s networks shrunk by 17%, or more than 200 people—and it was almost entirely due to the reduced size of men’s networks. In part, this is due to differences in how men and women maintain emotional closeness. Women maintain their networks through conversation, while men usually do things together. So to maintain their relationships, men can learn from women and try having more conversations. Just not via video conferencing—research shows that we maintain social relationships better through voice alone. Voices convey empathy, while video chats actually create too much distraction.