The Social Instinct: How Cooperation Shaped the World 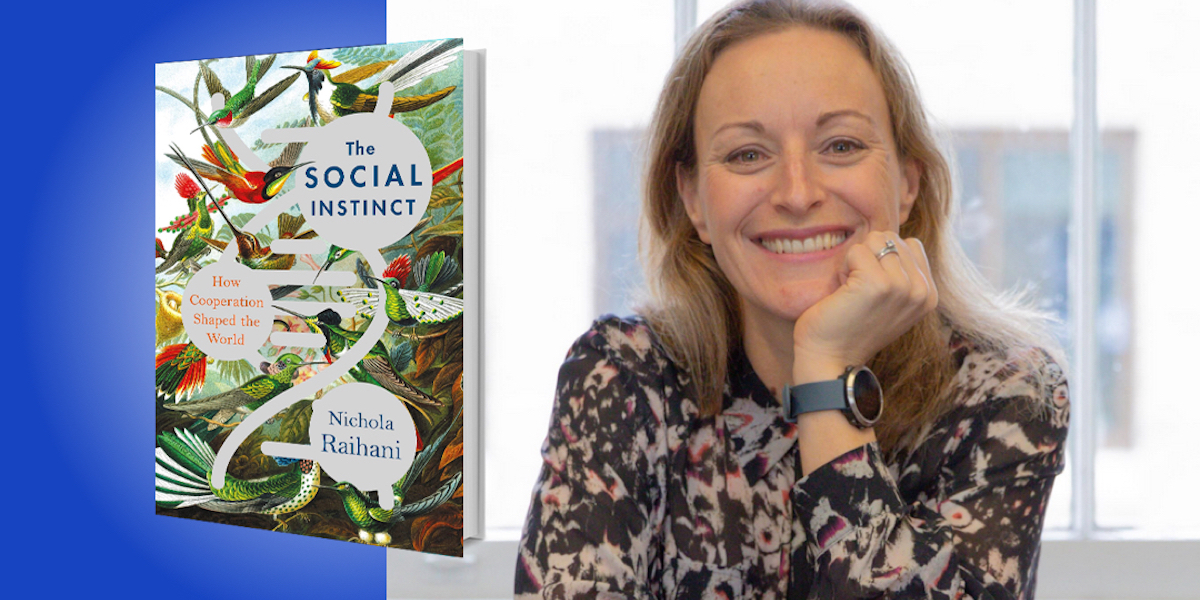 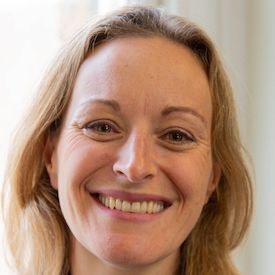 Nichola Raihani is a Royal Society University Research Fellow and Professor in Evolution and Behaviour at University College London, where she leads the Social Evolution and Behaviour Lab. An evolutionary biologist by training, she won the 2018 Philip Leverhulme Prize in Psychology for her research achievements, and was elected Fellow of the Royal Society of Biology.

Below, Nichola shares 5 key insights from her new book, The Social Instinct: How Cooperation Shaped the World. Listen to the audio version—read by Nichola herself—in the Next Big Idea App.

If genes are selfish—as famously described in Richard Dawkins’ 1976 book, The Selfish Gene—then why do we see so many examples of cooperation in the world? Why do meerkats donate food items to pups that aren’t their own? Why do vampire bats donate blood meals to their roost mates? And why do some ants make the ultimate sacrifice to protect other members of their colony?

To understand this, we have to rethink what is meant by the word “selfish” when it is applied to genes. People sometimes believe that selfish genes code for selfish traits, but this isn’t true. In the evolutionary sense, “selfish” means “self-interested”—and genes are self-interested. Their only goal is to find their way into future generations. Indeed, any genes without this singular aim are no longer with us.

“The history of life on Earth is a history of teamwork, collective action, and cooperation.”

But selfish genes can be and frequently are cooperative. There is a pervasive form of zero-sum thinking that holds that we should look out for number one—and that by helping others, or being kind, we ultimately lose out. But in reality, the history of life on Earth is a history of teamwork, collective action, and cooperation. Cooperation pays because being part of a team is better than going it alone. Cooperation is frequently a successful—and therefore a selfish—strategy.

2. Asking “why” can lead to some surprising answers.

Whenever we ask a why question, there are often different kinds of explanations. For example, let’s ask, “Why do people have sex?” On a psychological level, people have sex because they desire it and often find it enjoyable. But sex exists because it increases reproductive success. The evolutionary answer is not a replacement for the psychological one—it is just a different kind of explanation.

When we ask why people help others, we can also offer psychological and evolutionary explanations. People might help others because they want to, or because they enjoy helping. But the reason helping behavior exists—the reason we are so cooperative in the first place—is that helping others is often a successful strategy, one that benefits the helpful individual in the long run. Both explanations are valid, and the idea that people benefit from helping others doesn’t imply that helpful acts are performed in a calculated manner with these benefits in mind. The key point is that the psychological motives for performing a behavior and the evolutionary reason the behavior exists can often be quite different.

3. How families conquered the world.

Humans are unusual apes. Unlike chimps, bonobos, gorillas, or orangutans, we live in family groups, where offspring are cared for and raised not only by mothers but by fathers, older siblings, and several other family members, including post-reproductive individuals we call “grandparents.” By contrast, in the other ape species, infants are reared more or less exclusively by their mother.

“Helping others is often a successful strategy, one that benefits the helpful individual in the long run.”

So why are humans so different? For the majority of our time on Earth, humans have eked out an existence in harsh and unpredictable environments, where we had to work together to survive and where mothers needed help from others to successfully raise their young. By contrast, our ape cousins live in “giant salad bowls” where mothers can relatively easily sustain themselves and their offspring, without needing help from others.

Evolution under adversity helped to forge our cooperative nature, and this willingness to work together ultimately defined the human success story. Cooperation allowed humans to migrate across the African continent and eventually around the globe. The success of cooperation—and of families in particular—seems to be a more general pattern. For instance, social insects are thought to comprise 75% of the world’s insect biomass. As the world’s climate changes—and environmental conditions become increasingly challenging—the most cooperative species may be best equipped to survive.

4. The psychology of democracy.

If you’ve spent any time around young children, you might have heard the familiar cry of “it’s not fair!” This tendency to compare your own fortunes to the fortunes of others is a universal human trait—and one that we don’t share with any other species. But it’s not just children who compare themselves to others; one Canadian study found that when some families won the lottery, their neighbors were more likely to file for bankruptcy as they amassed large debts trying to keep up with their lucky peers.

“Evolution under adversity helped to forge our cooperative nature, and this willingness to work together ultimately defined the human success story.”

Social comparison and a concern for fairness are integral parts of human psychology—and they helped to pave the way for democracy. Our societies are different from chimpanzee societies, where groups are dominated by a single alpha male who throws his weight around and intimidates his rivals. In human societies, people band together to prevent big shots from bullying others; the might of the collective is used to temper any coercive ambitions. As a consequence, human societies are vastly more egalitarian than those of chimpanzees. Humans prefer to work together rather than alone, and tend to share the spoils of collaboration rather than trying to monopolize them. These key traits—social comparison, a willingness to collaborate, and a tendency to share—are the psychological pillars that support democracy.

5. Does cooperation have a dark side?

At Reagan airport, a fleet of Uber and Lyft drivers sit in the taxi rank, waiting for passengers. But as the plane lands, the drivers—up to 150 of them—simultaneously turn off their app. This generates surge pricing because the demand from passengers seeking a ride seems to be much higher than the supply. Once the surge pricing has been reached, the drivers switch their app back on, taking passengers who will pay a little more to be driven home.

Price fixing to exploit passengers doesn’t sound particularly cooperative—but in fact, there is cooperation occurring among the Uber and Lyft drivers. It just so happens that passengers pay the literal price for it. In short, cooperation can have victims.

Nepotism, corruption, and bribery don’t sound like examples of cooperation—but of course, cooperation is occurring in these interactions. In much the same way, cancer cells often cooperate inside our bodies, helping one another to evade the host defenses, to the eventual cost of the host organism. This idea that cooperation at one level can generate larger costs is a widespread phenomenon. And finding ways to cooperate at global rather than local levels will be crucial if we are to tackle the daunting problems that our species now faces.

To listen to the audio version read by Nichola Raihani, download the Next Big Idea App today: