The Socrates Express: In Search of Life Lessons from Dead Philosophers 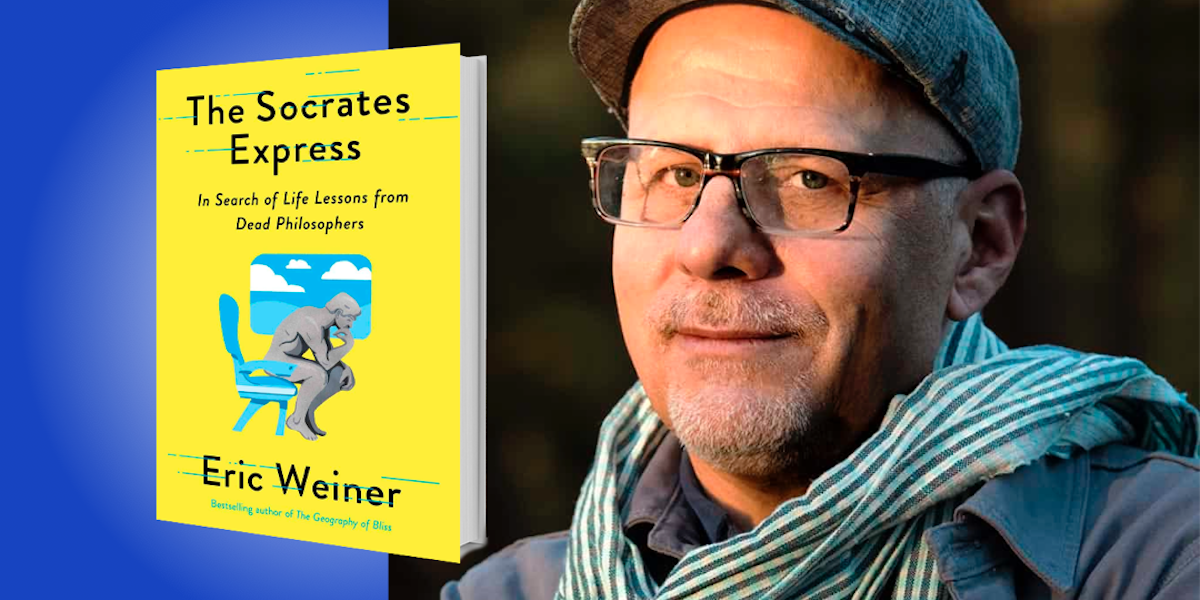 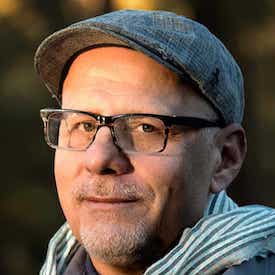 Eric Weiner is author of the New York Times bestsellers The Geography of Bliss and The Geography of Genius, as well as the critically acclaimed Man Seeks God. A former foreign correspondent for NPR, he has reported from more than three dozen countries.

Below, Eric shares 5 key insights from his new book, The Socrates Express: In Search of Life Lessons from Dead Philosophers. Download the Next Big Idea App to enjoy more audio “Book Bites,” plus Ideas of the Day, ad-free podcast episodes, and more.

Next Big Idea Club · The Socrates Express: In Search of Life Lessons from Dead Philosophers

1. Don’t aim for knowledge—aim for wisdom.

We’re awash in information and knowledge these days, but often bereft of wisdom. Knowledge is organized facts, while wisdom untangles those facts, makes sense of them, and suggests how best to use them. The British musician Miles Kington put it this way: “Knowledge is knowing that a tomato is a fruit. Wisdom is not putting it in a fruit salad.” Wisdom is a learned skill, so expecting to acquire wisdom by luck is like expecting to play the violin by luck. Yet that’s essentially what we do—we stumble through life hoping to pick up scraps of wisdom here and there, all while overlooking the one great source of wisdom: philosophy.

2. Annoy people. All great philosophers do.

Socrates was tremendously annoying—he was known as the “gadfly of Athens.” He buttonholed all sorts of people, interrogating, say, a general about courage, or a poet about beauty. He pressed and pressed until these people grew infuriated, because they just couldn’t give Socrates a satisfactory answer. The general didn’t know what courage was, and the poet was clueless about beauty. Socrates had questioned their assumptions, and laid bare their ignorance. Good—this is the first step, he thought, toward true knowledge. So go forth and annoy people, but start with yourself. Question your own assumptions and your so-called “knowledge.” Be your own Socrates—annoy yourself.

“When life is good, dance. When it hurts, dance. Don’t just accept the absurdity that is life—celebrate it.”

We tend to go through life straight ahead, but we would see more and know more if we looked at the world from an angle. Nobody knew this better than Henry David Thoreau, who was determined not to get stuck in a visual rut. He would look at Walden Pond from many different vantage points: up on a hilltop, on the water, under the water, even turning around and looking between his legs. We, too, can benefit from looking at the world and our problems from a slightly different angle. The next time you go running or walk the dog, for example, take a slightly different route. You never know what you might see.

4. Don’t control events—control your reactions to them.

The ancient Stoic philosopher Epictetus begins The Enchiridion with a simple idea: Some things are up to us, and some things aren’t. That might seem incredibly obvious, but most of us think that everything is up to us. That if we’re not rich enough or thin enough or beautiful enough, it’s because we’re not trying hard enough. While very little is truly up to us in terms of external events, what is up to us is our reactions to those events. We always have a choice of how we respond to any situation; we can control our mental and emotional lives. Indeed, it’s not the situations themselves that determine our happiness, but our reaction to them—and that’s entirely under our control.

If you’ve ever thought that life is absurd and makes no sense, you’re not alone. This is what the French existentialists believed—Albert Camus, for example, said that there is no meaning or rhyme or reason to life. He likened our fate to that of Sisyphus, that poor slob from Greek mythology, who is condemned to push a boulder up a hill only to have it roll back down again, forever and ever for all eternity. So how can Sisyphus be happy? The answer, Camus thought, is by owning his boulder, by throwing himself fully into the task and not the results. And so must we; we must own our boulder, throw ourselves fully into whatever we’re doing, no matter how seemingly pointless or futile. Another philosopher, Friedrich Nietzsche, had a theory called eternal recurrence, which is the idea that the universe and our lives repeat themselves over and over again for all eternity. If you found out that this was true, what would you do? The best response, Nietzsche said, would be to dance. When life is good, dance. When it hurts, dance. Don’t just accept the absurdity that is life—celebrate it.