How to Solve Problems Before They Happen 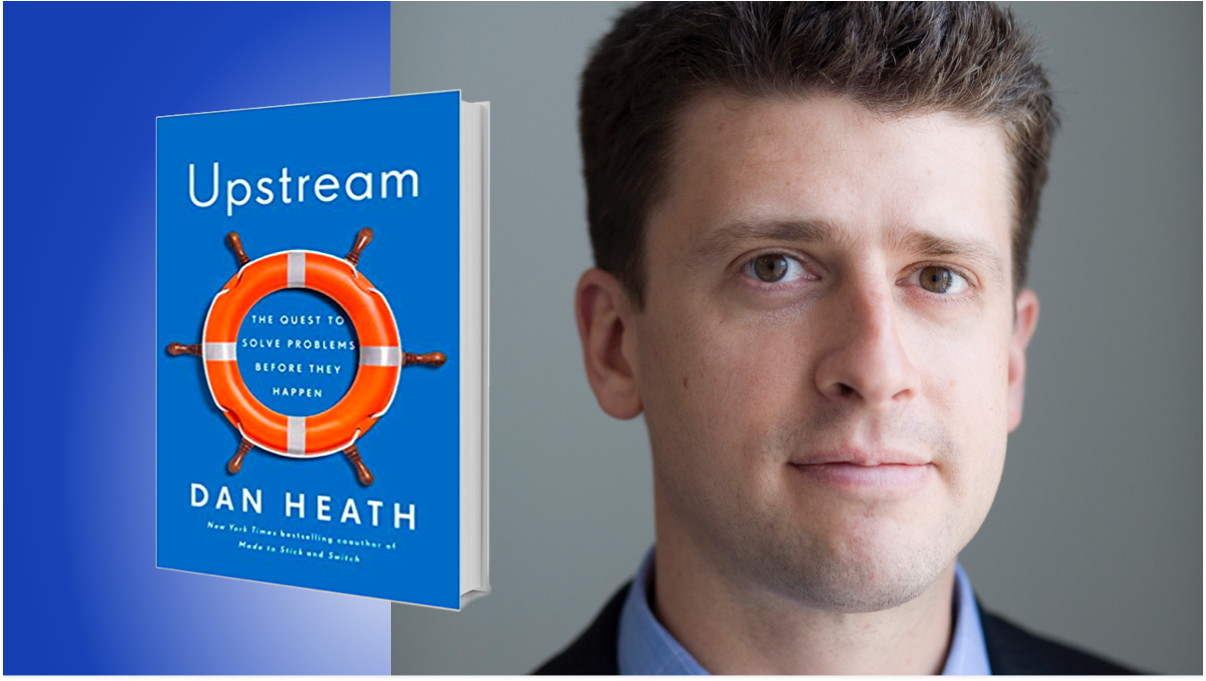 Dan Heath and his brother, Chip, have written four New York Times bestselling books: Made to Stick, Switch, Decisive, and The Power of Moments, which have sold over three million copies worldwide. Dan is a senior fellow at Duke University’s CASE center, which supports entrepreneurs fighting for social good.

Dan’s latest bestseller is Upstream: The Quest to Solve Problems Before They Happen. Below, he shares 5 key insights from Upstream in this exclusive Next Big Idea Club Book Bite.

1. We spend too much time “downstream” and not enough time “upstream.”

So often in life, we find ourselves trapped in a cycle of reaction, putting out fires or responding to emergencies without going upstream to address the systems that beget those problems. A classic example of this is our healthcare system—as former CMS deputy director Patrick Conway put it, “We’ll pay $40,000 a year for the price of insulin, but we won’t pay $1,000 to prevent someone from ever getting diabetes.”

2. There’s no glory in upstream work, and we need to fix that.

When we think about heroes, we think about firefighters, first responders, and lifeguards who save people from drowning. But we also need to recognize the people who keep the day from needing to be saved, like a police officer who, by virtue of her presence at a notoriously chaotic intersection, causes drivers to drive more carefully, and prevents accidents from happening. People like that are our upstream heroes.

At so many companies, departments are divided into silos—marketers find potential leads, IT specialists keep the tech running, and customer service reps answer as many queries as they can. This specialization is wonderful for efficiency and productivity, but it can be very bad for upstream work. Upstream success means stitching disparate goals together, creating a joint effort to prevent problems rather than react to them.

Over a span of ten months, Rockford, Illinois became the first city in the U.S. to eliminate the problem of veteran and chronic homelessness. And they did it by first gathering real-time information about all the homeless people in the city, name by name, location by location. Only when you get that close to a problem can you spot leverage points in systems that need to be changed. Ultimately, you can’t help a million people until you really understand how to help one.

5. We can improve our lives with upstream thinking.

A man named Rich Merissa and his wife had a recurring argument—when Rich would take the dog out, he would flip the hallway light on, but when he’d return, he’d often forget to turn it off, which really irked his wife. Then one day, a solution dawned on Rich. He went to Home Depot and bought a $10 light switch timer, which automatically turned the light off after a set period of time. Problem solved! Indeed, how many problems are we tolerating simply because we’ve forgotten that we can fix them? In cases like this, upstream thinking can help.