I Have Something to Say: Mastering the Art of Public Speaking in the Age of Disconnection 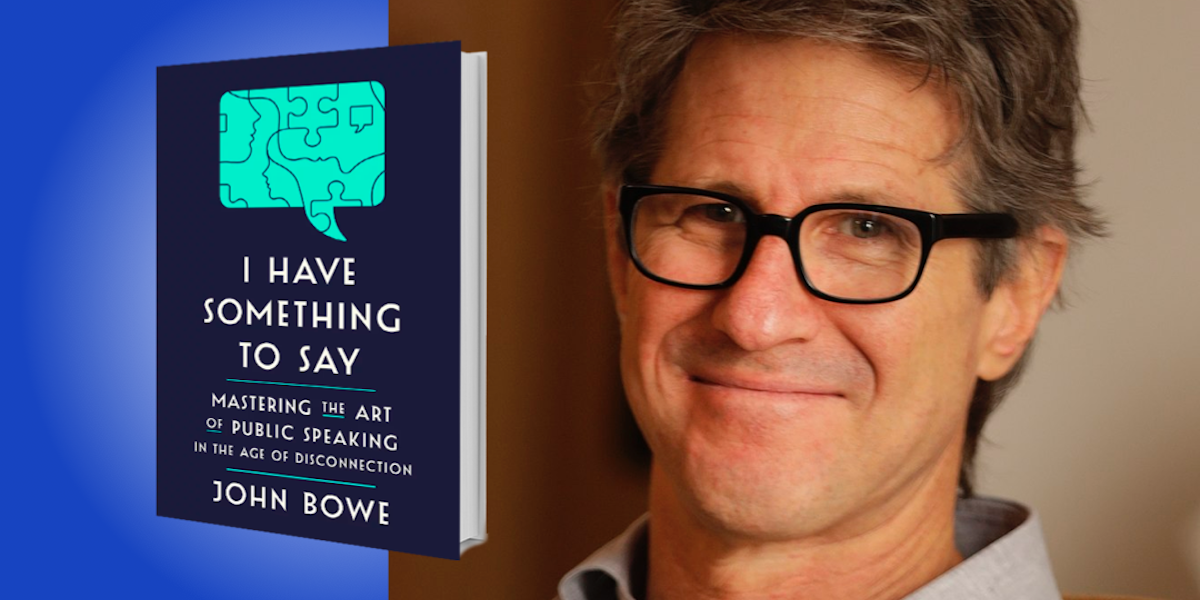 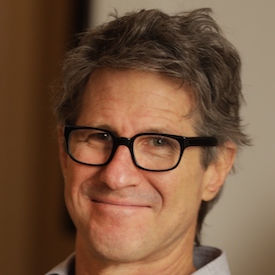 Below, John shares 5 key insights from his new book, I Have Something to Say: Mastering the Art of Public Speaking in the Age of Disconnection. Download the Next Big Idea App to enjoy more audio “Book Bites,” plus Ideas of the Day, ad-free podcast episodes, and more.

Next Big Idea Club · I Have Something to Say: Mastering the Art of Public Speaking in an Age of Disconnection

1. Speech is the most important subject we never think about.

The most important things we do often revolve around interacting with people—in fact, the average American speaks 16,000 to 20,000 words a day. And yet, speech is a skill that’s often overlooked. I was recently working with a sales team whose job was to make presentations to potential clients. Their training consisted of absorbing reams of information about their products and their competitor’s products, but no one ever thought to train these professional talkers on how to do the actual thing they do all day. As a result, when clients were polled on why they didn’t buy certain products, they replied that they didn’t fully understand the presentations.

2. Effective speech is not a gift or inborn trait—it’s a skill that can be learned.

People tend to think of speech anxiety as an emotional problem or personality flaw: “I suck at public speaking because I’m shy. I’m insecure, I get nervous.” So the solutions we reach for tend to center around these issues: “I’ll act confident. I’ll imagine the audience naked. I’ll take a beta blocker.” But none of these attempts have anything to do with language or thinking about other people, so they don’t work very well. On the other hand, ancient speaking techniques were more effective because they were centered around finding the best way to reach other people with words. From choosing the stories you might use to the humor you might include, it was this quasi-science to help us overcome the speaking anxiety that comes with thinking too much about ourselves. And it really isn’t that hard to learn.

“Logic may be a lousy tool for persuading people, but we have other tools available.”

3. People are terrible at evaluating facts, so stop focusing on them.

Aristotle wrote that we use three tools to persuade: logos, pathos, and ethos. Logos is our info, our data, and our logic. Pathos is the emotion we stir up as we speak, arousing laughter, outrage, and so on. And ethos is our character; it’s our reputation and the vibe we give off as we speak. Of these three tools, Aristotle concluded that the most powerful, by far, is character. And research by Yale psychology professor Dan Kahan seems to agree, showing that once an issue becomes politicized—once it enters the realm of character and identity—all our common sense goes out the window. So logic may be a lousy tool for persuading people, but we have other tools available. Once you let go of your attachment to rationality and proving how right you are all the time, people will be more likely to listen to you.

4. Speech training correlates with all kinds of success.

One of the people I interviewed for my book was a former prisoner named Roy. 20 years into his prison sentence, he got his first parole hearing. But no one coached him how to speak to the parole board, so he got a bit tongue tied, and was denied parole. Over the next decade, the same thing happened three more times. But after joining the prison chapter of Toastmasters, he learned how to speak, and seven months later, he walked out of jail. But “success” means different things to different people; I spoke with business luminaries who had suffered from speech anxiety, then learned how to explain their ideas to rooms full of people. For some people, speech training cured anger management issues. I met engineers who got promoted into management because speech training gave them the people skills they needed. I met one woman who said she’d always been incapable of speaking honestly and poignantly about her emotions, so her definition of success was that learning to speak better enabled her to be her more authentic self.

“There are two ways to solve problems: There’s violence, and there’s words. That’s it.”

5. This is what turns smart people into citizens.

Right now the United States is a divided and disconnected country. I had always blamed these issues on technology and rising wealth inequality, but then I learned how and why the Greeks invented this long-lost tradition of speech training. Speech training was invented about five minutes after the advent of democracy, to help people engage and argue about issues without descending into chaos. The Greeks realized that there are two ways to solve problems: There’s violence, and there’s words. That’s it. So at the center of all these problems in America right now is a failure to connect and talk to one another, especially people who are different from ourselves. So speech training can turn a smart person into an engaged citizen.