Split the Pie: A Radical New Way to Negotiate 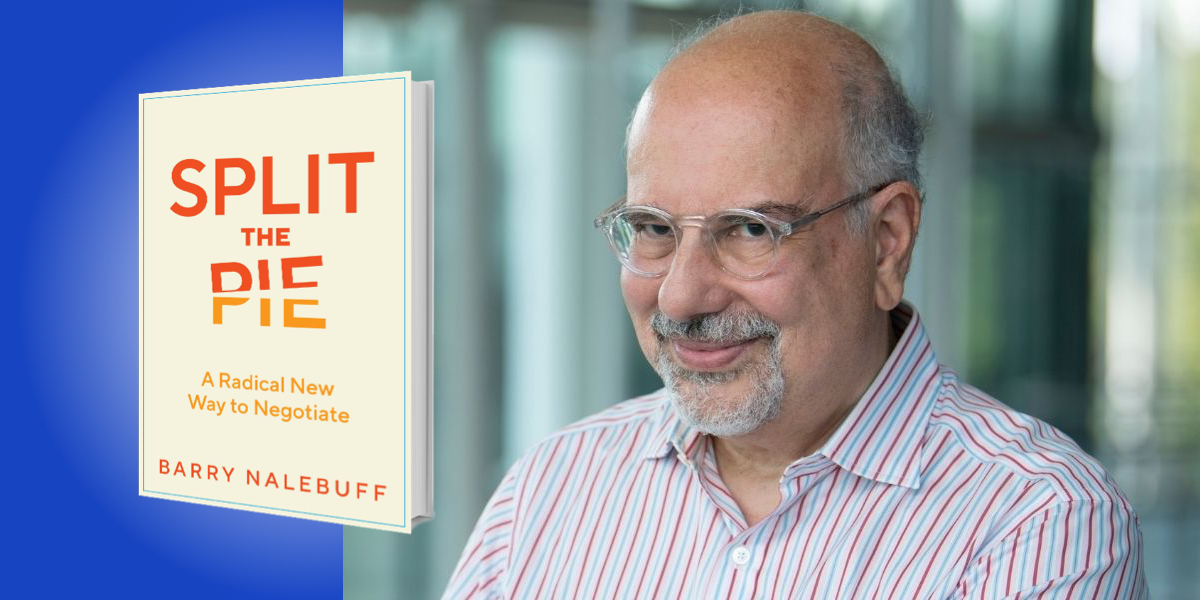 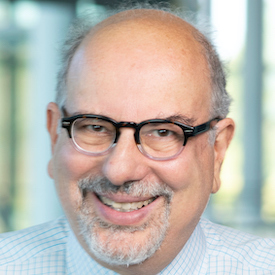 Barry Nalebuff was a Rhodes Scholar and became a tenured Yale professor at 30, where he has been teaching for 32 years. Barry’s first books, Thinking Strategically and The Art of Strategy, explained the science of game theory and sold a half-million copies. He also started four companies (such as Honest Tea), which he sold to Coke, Pepsi, and AB InBev.

Below, Barry shares 5 key insights from his new book, Split the Pie: A Radical New Way to Negotiate. Listen to the audio version—read by Barry himself—in the Next Big Idea App.

1. You don’t need to be a jerk to succeed in a negotiation.

People dislike negotiation—and with good reason. They go up against jerks who make low-ball offers and ultimatums, and try to take advantage of them. Some people feel that they have to act like a jerk in response, while others are too nice and give away the store. But there’s a better approach that brings principles and logic into the negotiation.

The key is to identify what’s really at stake—what I call “the pie.” The negotiation pie is the additional value created through an agreement to work together. Seeing the pie will change how you understand fairness and power in negotiation. While the notion of “dividing the pie” is commonplace in negotiations, most people split the wrong pie; they focus on the total amount, not the gain created by an agreement. As a result, they argue over the wrong numbers and issues, and take positions they perceive as reasonable but are, in fact, self-interested. The hard part of negotiation is to measure the pie correctly. When the stakes are correctly understood, it is far easier to reach an agreement.

2. People are confused about what a negotiation is really about.

The negotiation is about the increase in value that two sides can achieve through an agreement. Since I live in New Haven, the home of famous Pepe’s and Sally’s Apizza, allow me to use a bit of pizza pie math to explain.

“Most people split the wrong pie; they focus on the total amount, not the gain created by an agreement.”

Alice and Bob together can share a nine-slice pizza if they can agree on how to divide it up. If not, Alice will get one slice on her own, and Bob will get two slices on his own. Most people think the negotiation is over the nine slices, and thus propose a proportional division. Bob has twice as good a fallback, so, he should get twice as many slices. Thus, they propose a six-to-three division, in favor of Bob. Others suggest that the nine slices be divided in two: four and a half to each. I think both these answers are wrong.

The negotiation is really over the six slices the agreement creates: the increase from the three slices they can get on their own, to the nine slices they get by coming together. To obtain those extra six slices, Alice and Bob are equally needed, so those slices should be split equally. Alice ends up with (one plus three) four slices, and Bob gets (two plus three) five slices. This perspective may be obvious in hindsight, but it isn’t the way most people perceive a negotiation.

3. Power is not related to size.

Correctly understood, both sides always have equal power in a negotiation. Alice might have a worse fallback than Bob, but she is equally essential in creating the extra six-slice negotiation pie.

Let me give you a real example. My mom was renting a house in Sarasota, Florida. The owner saw a hot market and put the house up for sale. He offered her a deal: the chance to buy at $790,000 before listing the house at $800,000.

“Correctly understood, both sides always have equal power in a negotiation.”

What was the negotiation pie? It was the opportunity to save the 5 percent real estate agent fee (here $40,000). I proposed we split the $40k pie 50:50. He said he had more power as it was a “hot” market. True, but that meant the price would be high, not that he should get more of the $40,000 pie. He needed my mother to be the buyer in order to save the commission. If he sold to anyone else, he would net $40,000 less than the sale price.

After hearing the pie perspective, he agreed to sell at the market price minus $20,000 or, more precisely, minus 2.5 percent, which was half the real estate commission. We determined the market price by looking at the several recent sales that had taken place on her street. We turned a negotiation into a data exercise and found ways to make the pie bigger. We agreed to hire the same lawyer for the closing and split the cost, and thereby saved another $2,000.

People reject deals that they perceive as unfair. Experimental evidence says this is a deeply ingrained behavior—even monkeys reject unfair splits. But people (and monkeys) don’t reject deals they see as fair. Thus, coming up with an objectively fair split allows people to reach a deal in a zero-sum negotiation, and thereby avoid the no-deal, lose-lose outcome.

“Avoiding the lose-lose provides an opportunity to grow the pie, even in a zero-sum negotiation.”

5. Start a negotiation by discussing how you will negotiate.

Negotiators often jump to discuss price way too quickly. You need to understand the other side’s interests, and you want to help them understand yours. But even before you explore interests, it helps to first set up a framework for the negotiation. Are you going to make ultimatums, try to take advantage of each other, and act like jerks? Or can the two sides agree to create a big pie and split it? If the other side says no, you learn upfront whom you are negotiating with. If they aren’t sure, you can help them see a better way. And, this is key, if you can agree on splitting the pie, you can focus your attention on working together to make a bigger pie. This allows you to put your natural curiosity and empathy to work to expand the pie. You don’t have to watch your back and worry about being taken advantage of, as you’ve already agreed to split the gains you can create.

In the case of my negotiations with Coca-Cola, we agreed they would buy Honest Tea in three years’ time. We needed to grow the business to help it thrive inside the Coke system. During those three years, Coke would help us with production, distribution, and purchasing, but they didn’t want to pay more due to the help they were providing. Fair point, and yet, while their help would allow us to grow faster, they needed us as the vehicle to help. Only by coming together could we create a bigger pie. Thus, we agreed they would pay full price on sales up to $X (that’s what we could do on our own) and half-price on sales thereafter. We agreed to split the pie whatever it turned out to be. Like my mom’s deal on the house, figuring out $X was a data exercise more than a negotiation. We focused on growing the pie, and more than tripled our sales during those three years.

To listen to the audio version read by author Barry Nalebuff, download the Next Big Idea App today: