The Status Revolution: The Improbable Story of How the Lowbrow Became the Highbrow 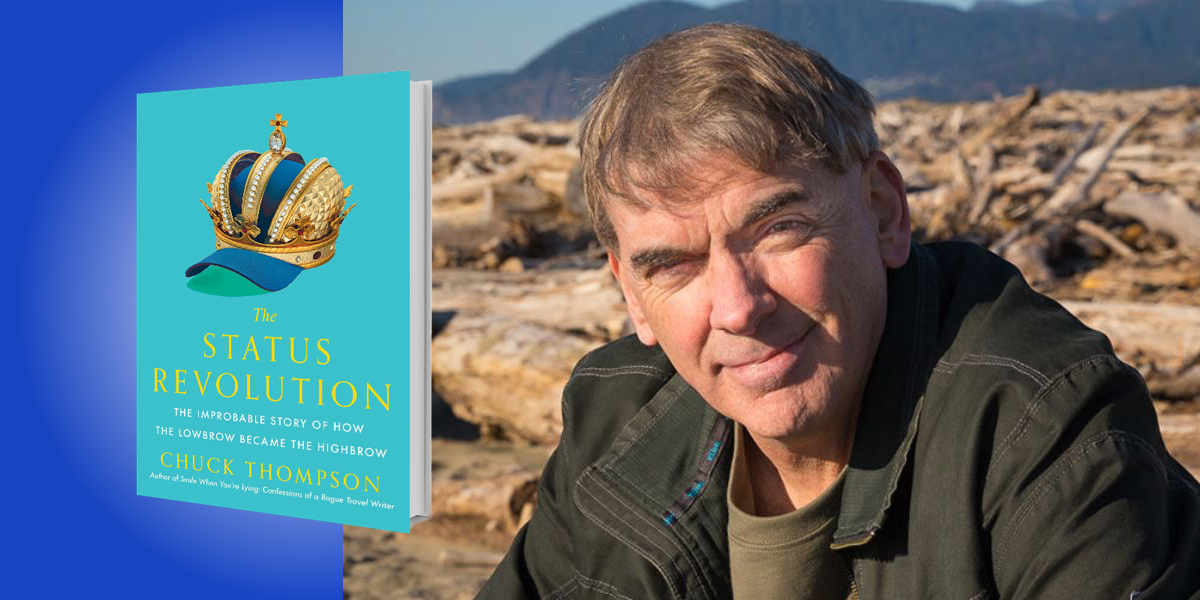 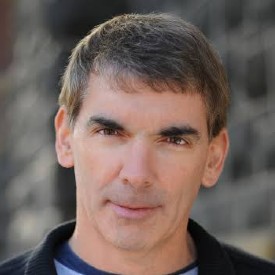 Chuck Thompson is the author of the widely reviewed political screed Better Off Without ‘Em: A Northern Manifesto for Southern Secession, as well as the comic memoirs Smile When You’re Lying and To Hellholes and Back. His writing has appeared in Outside, Politico, Esquire, The New Republic, and many other publications. He currently writes for Men’s Journal magazine and is editor of the nonprofit environmental news website Columbia Insight.

Below, Chuck shares 5 key insights from his new book, The Status Revolution: The Improbable Story of How the Lowbrow Became the Highbrow. Listen to the audio version—read by Chuck himself—in the Next Big Idea App.

1. Status seeking is no longer a sin—it’s biology.

For more than a century, our understanding of status has been rooted in the retrograde assumptions of religious institutions, Enlightenment ethics, and social science disciplines informed by Victorian-era ethos. Moralizers from Veblen to Grandma Moses have cast a shadow of disapproval upon the basic human drive for status and, its sibling impulse, privilege. Luxury is pernicious. Status is sin. Seeking or displaying either is moral weakness.

Today, scientists, scholars, and others are overturning these beliefs. At Cal Tech, Dr. Steven Quartz is part of a small army of researchers that are both debunkers of and heirs to the intellectual legacy of status arbiters. As Quartz told me, “Our beliefs and behavior surrounding status have transformed profoundly over the last twenty-five years.”

What he means is that regarding the pursuit of status, something happens inside the brain that no social scientist prior to this century had the ability to see. Using Functional Magnetic Resonance Imaging—or fMRI—scientists can see activity in the brain’s pleasure centers heightening at the exact moment a person consumes, say, a high-priced wine or other product associated with elitism and prestige. A lot of that pleasure-center activity is created by a rush of dopamine, the brain’s primary reward chemical. Status seeking is neither a product of vanity nor an artificially created social anxiety. It’s a measurable biological function.

Rather than mock the pursuit of status and luxury, Quartz and others want us to accept status seeking in the same way we accept our need for oxygen and sexual gratification. Maybe even celebrate it in the same way.

“Status seeking is neither a product of vanity nor an artificially created social anxiety. It’s a measurable biological function.”

“A major barrier to understanding consumption is the idea that our status concerns are artificial, or worse yet, pathological,” Quartz has written. “This is a historically monumental mistake, one that has resulted in decades of misleading critiques. Once we recognize the biological reality of consumer motives . . . the prescription to deny them becomes as feasible—and right-minded—as the Victorian demand for chastity.”

Many discussions of consumer culture today are deeply tinged with moralism. They focus more on condemning status than on understanding it. The result is a void in our understanding of a basic force shaping our world.

A good example comes from the world of luxury marketing. The consolidation of luxury brands over the past quarter-century has changed the prestige industry considerably. What were once small, family-run entities are now parts of large corporations—LVMH owns seventy-five brands, including Bulgari and Tiffany. Richemont owns Cartier, Montblanc, Ralph Lauren, and so forth.

One of the big conundrums facing contemporary status marketers is reconciling the fact that while a product’s prestige is often based on scarcity and cost, to attain the scale necessary to remain globally competitive, a consolidated brand must attract a mass following. How is BMW supposed to retain its reputation for elitism when its cars are routinely driven by schoolteachers and Applebee’s managers? Does BMW ownership elevate the status of the working class? Or does their allegiance to the product devalue the brand?

I have come to understand this idea as the foundation of an entirely new system of status, prestige, and privilege that’s being communicated to us in everything from Instagram vacation posts to personal services like Doordash and TaskRabbit that, in days gone by, were mostly provided by minions to millionaires.

3. White males are no longer the primary drivers of ideas about status.

For more than a century, virtually everything about status has emanated from the perspective of white males—in particular, white male university professors, few of whom used scientific methods to support their conclusions.

As New School sociology professor Rachel Sherman told me, “In the early moments of social study, there was sometimes not a huge difference between social science and telepathy. It’s a lot of white men talking out of their ass.”

“For most of academic history, data sets used to make sweeping global assertions of status were often based on a constricted demographic.”

In the halls of academia—where new ideas about status are often identified and developed—all of this has changed. The gender gap that once skewed the social sciences is effectively obsolete. Each year since 2006, women have earned more than half of all doctoral degrees. Between 1999 and 2018, the percentage of female faculty increased from 41 percent to 50 percent at U.S. universities. Inequities still exist in terms of pay and tenure, but the shifting gender trends are obvious and crucial to our evolving understanding of status.

Consider that in 1971, there were no women on the American Sociological Association’s (ASA) eleven-member Executive Committee. There were none on its thirty-member Council. Consider that of the six officers on the ASA’s 2023 Executive Committee, all six are women. Not a single man is part of the group’s primary leadership committee, nor is a single white male part of its 11-member finance committee. That’s a huge shift over the course of a single generation.

Testing methodology has also changed profoundly. For most of academic history, data sets used to make sweeping global assertions of status were often based on a constricted demographic. For example, in the 1960s, social psychologist Henri Tajfel gathered boys from the same school in Bristol, England, to study group dynamics. He rested his famous conclusions on group identity upon this confined population.

By contrast, many of today’s most important studies base their conclusions on respondents from multiple countries and cultures. The internet has made data collection, automated computation, and instant analysis on a global scale easy and inexpensive. Tools like Google Trends and social media aggregating apps have radically expanded our ability to understand all humankind. The insight into status this makes possible is revolutionary.

4. Status isn’t intimidating and it doesn’t have to be stressful.

I partnered with Professor Daniel Richardson at University College London to carry out a study attempting to find a correlation between sports cars and those common jokes about male genitalia.

It was an irreverent project. Like the feathers on a peacock, our study was absurd, vulgar, a little embarrassing, and tough to support over the long haul. It also proved unexpectedly timely this past December when Greta Thunberg shut down internet troll and sports car hoarder Andrew Tate with her now-famous “small dick energy” tweet.

“I want to de-stigmatize status; I want it to feel engaging and even humorous.”

All of this was done in the spirit with which I approach the book. I want to de-stigmatize status; I want it to feel engaging and even humorous. This doesn’t mean I wasn’t serious—along with two other UCL professors, Dr. Richardson has submitted the study we did for publication in the academic journal Proceedings of the National Academy of Sciences. For me, though, the real point was to get a look inside the modern academic machinery that’s changing the way we think about status. And to enjoy the process from a lay point of view.

5. Status is no longer a zero-sum game.

Status has widely been considered a finite commodity. If I had status, that meant you and others had less. But status is no longer for the gilded elect. It’s for everyone. It’s an imperative being driven by corporate need, scientific inquiry, social wish fulfillment, and demands for communal equality.

The new world of status doesn’t require shifting burdens or rewards between groups or individuals. Raising a totem pole on the coast of British Columbia restored prestige to villagers in Oweekeno. But the original totem pole taken by the B.C. Preservation Committee still stands in the Museum of Anthropology at the University of British Columbia.

“It doesn’t matter how or why the pole was taken from the village,” Roy Vickers told me the day of the potlatch and totem pole raising ceremony began in Oweekeno. “The museum acquired it and valued it. If not for that we wouldn’t have created this monument today.”

The unprecedented social conflicts we’re now experiencing are plainly rooted in the uncertainty people feel about their position in an increasingly complicated community. Remember that wealthy couple in St. Louis waving guns at social justice protesters a couple summers ago? I think of them as the visual embodiment of the way status is under new scrutiny on a social level.

Despite that St. Louis couple’s reaction, this is a peaceful revolution. There’s no need to fight it. If we understand the new world of status and let the revolution play out, society will reorganize on a more equitable and peaceful plane. The new rules of status assure us that those with status are none the poorer when others attain it; nor that those seeking to improve their position must do so at the expense of others.

To listen to the audio version read by author Chuck Thompson, download the Next Big Idea App today: