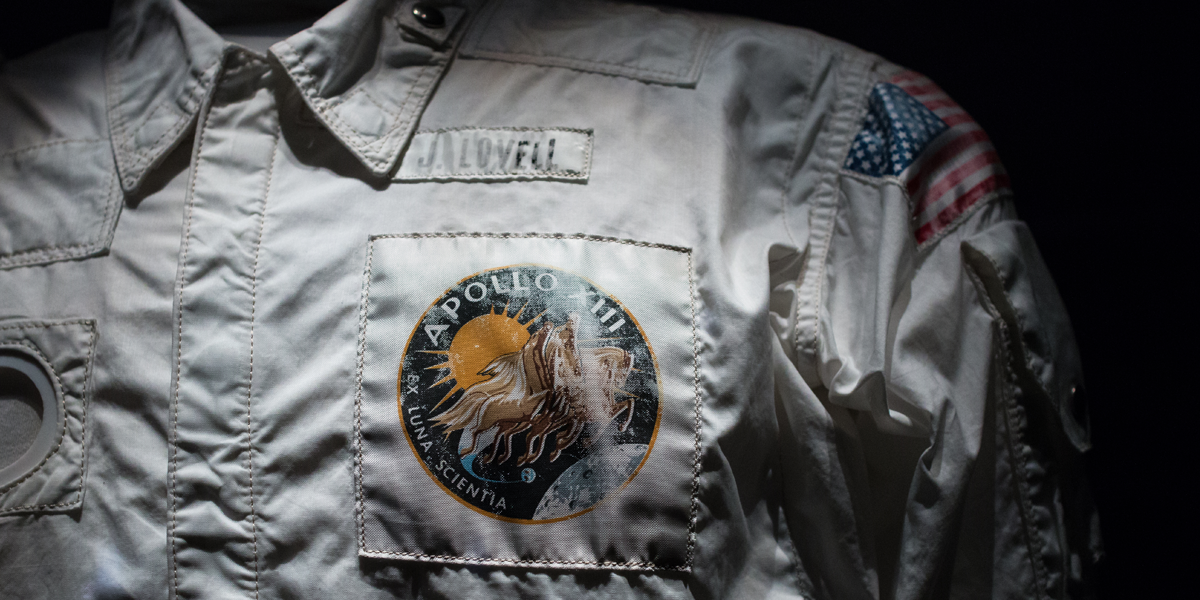 There’s a famous scene in the movie Apollo 13 when Deke Slayton, played by Chris Ellis, tosses a pile of gear on a conference table: duct tape, bags, canisters and other random equipment. He and his team need to figure out how the astronauts aboard the seemingly doomed lunar module can get home. “We gotta find a way to make this fit into a hole for this,” he tells his team, “using nothing but that.”

Of course, in the movie (and real life), the team succeeds, and the three astronauts safely return to Earth. When science writer Steven Johnson recounts this story in his book, Where Good Ideas Come From, he’s not just reflecting on a well-crafted movie. Apollo 13 perfectly illustrates where great ideas come from. “The trick to having a good idea is not to sit around in glorious isolation and try to think big thoughts,” Johnson explains. Instead, activity is key: working to arrange the parts you have into something new and unexpected. Borrowing a term from the scientist Stuart Kauffman, Johnson calls these combinations “the adjacent possible.” In Apollo 13, the adjacent possibles are the potential devices made.

The beauty of the adjacent possible, Johnson explains, is that it can expand based on what you build. What you create opens up a new range of possibilities. Johnson describes entering a hallway with four available doors: those doors are your first set of adjacent possibles. When you pick the first door and find three more to choose from, those new doors are the new adjacent possibles.

Baby, You Can Drive My Car

Another compelling example is that of the baby incubator. The modern incubator was developed in 1870 by a Parisian named Stephane Ternier, who got the idea from observing baby chicks in an incubator at the Paris Zoo. He hired the zoo’s engineer to construct a similar model, and when he installed the device in his hospital, found that infant morality decreased by half. The invention took on overtime: after World War II, when modern incubators became widespread in the U.S., morality decreased by 75%. But the invention of those newer, high-tech incubators was only possible because of Ternier’s initial invention: in other words, he’d expanded the adjacent possible so that others could expand upon it further.

One more recent innovation in incubation technology has occurred in the developing world. Timothy Prestero, an MIT professor, was visiting victims of the Indian Ocean technology. There, he learned that incubators that had been donated years earlier were currently out of order. It was never guaranteed staffers would have the parts or knowledge to fix them.

Prestero set out to create a solution. Working with a Boston doctor named Jonathan Rosen, he noticed that even the poorest country’s citizens typically had a car. So they developed NeoNuture, an incubator built from used automobile parts that could run on a spare motorcycle battery. “You didn’t have to be a trained medical technician to fix the NeoNuture,” Johnson notes. “You just needed to know how to replace a broken headlight.”

Developing the NeoNurture was a lot like being on Deke Slayton’s team in Apollo 13, and the lessons both situations reveal are critical to people interested in developing the best ideas. Generating ideas is all about working with the parts you have — whether it’s duct tape on a space ship or car parts in Indonesia — and using them to advance.