The Weird Tech Glitch That Helped Jazz Take Off 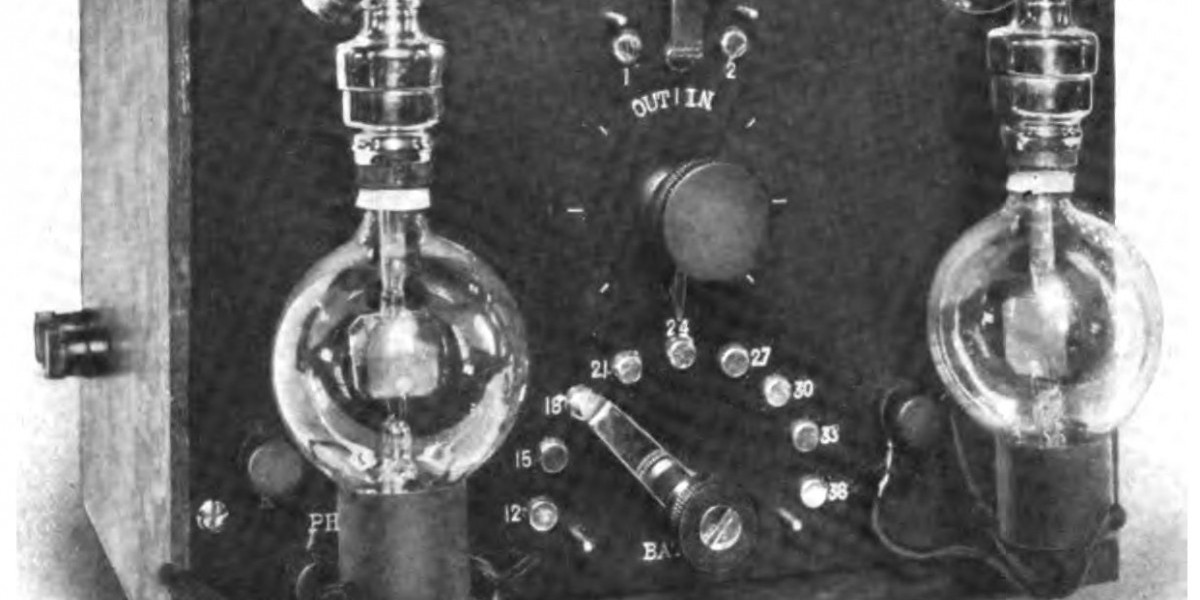 Imagine attending a party in the 1920s. All around you are glamorous women in flapper dresses, holding long cigarettes and dancing the Charleston as high-energy, lively jazz music pours from the radio. But why, exactly, was it jazz that they were listening to? Why did jazz become the official soundtrack to years of speakeasies and gin bathtubs?

There’s a surprising reason why the period from the end of World War I to the start of the Depression was known as the jazz age, and artists like Louis Armstrong and Duke Ellington became enormously popular. That reason, it turns out, is more scientific than social.

The story starts not with the history of music, but with the history of sound. A Chicagoan named Lee De Forest, intrigued by Marconi’s invention of the radio, wanted to combine that new technology with the capabilities of the telephone. He envisioned a device that could transmit music and sound, not just Morse Code, as Marconi’s device typically did.

De Forest tinkered with transmitters and electromagnetic pulses until he had a breakthrough. By 1910, he’d fashioned a device he called the Audion, which could transmit voice and music. He test-drove the device in January, hooking up a telephone near the Met Opera’s performance of Tosca and putting a transmitter on the roof. But the results were disastrous: the slew of VIPs and reporters De Forest invited to sample his device heard more white noise than music. It was such a flop that De Forest was briefly jailed for overemphasizing the value of his device.

The problems with the Audion were twofold. The first was that the device had some technical errors. But the second was that the music De Forest had chosen to broadcast over it — a classical symphony — was too complex for the technology he’d invented. As science writer Steven Johnson explains in How We Got to Now, the Audion couldn’t handle that kind of range. Jazz, however, was a perfect fit. “Jazz punched through the compressed, tinny sound of early AM radio speakers; the vast dynamic range of a symphony was largely lost in translation.”

This meant that jazz became the music of choice in the 1920s. And that led to its own series of consequences: the African-American singers and musicians who wrote and produced some of jazz’s greatest hits became more publicly visible. Some, like Billie Holliday, used the platform specifically to advocate for racial justice; her haunting ballad “Strange Fruit” speaks of a lynching. More generally, the increased visibility of black artists in America helped break down stereotypes and perceptions of black Americans. In 1964, at a jazz festival in Berlin, Martin Luther King, Jr. said that “It is no wonder that so much of the search for identity among American Negroes was championed by jazz musicians.”