Stop Procrastinating by Using This Simple, Proven Strategy to Get Things Done 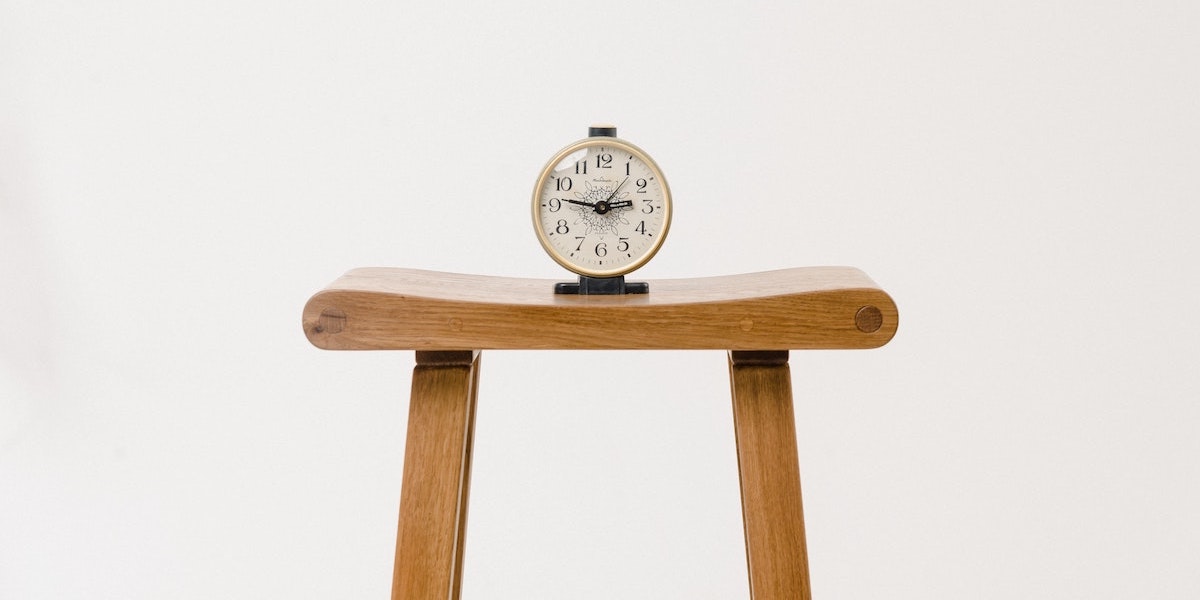 The deadline is one of the most powerful tools we have for getting work done. So why are we all so afraid of it? After studying organizations that manipulate deadlines to their advantage, Christopher Cox (former chief editor of Harper’s and executive editor of GQ) has figured out how to transform deadlines from something to be feared into a superpower to boost productivity and stimulate creativity.

Chris has bottled his findings in a new book called The Deadline Effect: How to Work Like It’s the Last Minute—Before the Last Minute. And in this week’s episode of the Next Big Idea podcast, he speaks with novelist Rivka Galchen about how to stop procrastinating and finally get it done. Listen to the full episode below, or read a few key highlights.

On the moment he realized the power of the deadline.

Rivka Galchen: You open the book by describing an assignment you gave to a writer who is brilliant, but also famous for not meeting his deadlines. You assigned him to write a profile of P. Diddy. There are a lot of expenses, a lot of expectations—and there’s no room for the piece not to come in. And you describe the Google Doc that you’re both able to see, and almost like magic, 24 hours before he has to turn in the piece, you see, like, two words, and then you see a paragraph…

Christopher Cox: The writer—whom I call “John” in the book and who is actually named John—he had some assignments that were years past due. But this was the cover story for GQ, and P. Diddy got involved. The stakes were high—he knew that, and I knew that. We took the deadlines seriously at the beginning. We didn’t sort of say to ourselves, “Oh, we’ll give this as much time as it needs.” That’s fatal.

So I gave him a deadline that was uncomfortably short, and what that did was eliminate the time that John would normally spend feeling anxious about writing the piece or trying to put it off or doing more research. He just had to get to work much quicker.

By setting deadlines, you can beat procrastination without altering your psychology.

Chris: I didn’t think that I would be able to write a book that changed people’s psychologies, but I read this essay that had a big effect on my thinking called “Procrastination and the Extended Will.” The authors bring up Odysseus. He did not rely on his so-called onboard resources—his internal psychology—to resist the sirens. He had his crew tie him to the mast so he could force himself to do what he wanted. We can think of willpower in the same way. Rather than worrying about—How do I increase my willpower? How do I change my psychology? How do I change the way my brain works?—it’s much easier to create structures that force you to stay on deadline and be more productive and more creative, whatever it is you want to do.

So stop worrying about your natural psychological inclinations, and instead start thinking of simple hacks, solutions, and tricks that you can use to keep yourself on target. The book is told through case studies of organizations and what they have done to keep themselves on deadline. But I think those are also useful for individuals.

Chris: The first thing I say to anyone who asks me for practical advice on deadlines is, “Make a deadline, and make it concrete.” Don’t just say, “I want to get this done sometime in the next three weeks.” Set yourself an actual date. There’s pretty robust evidence that, all things being equal, setting the shortest possible deadline is the most effective strategy you can use to get things done.

“I don’t think deadlines drive us toward burnout; they drive us to get work done with the least amount of suffering.”

I actually open the book with something that’s fairly trivial, but the results are interesting. It’s the census—they did a test where they sent out 28,000 census forms. With half of them, people were given two weeks to return them, and for the other half, they gave people one week. The people who were given one week were more likely to return the forms, and also more likely to fill them out correctly.

Once I started reading stuff like that, it really changed the way I thought about my job as an editor. Initially I believed that writing is a creative endeavor, and that the writer should have as much freedom as possible to complete their work. But the more I read into these things, the more I felt that by imposing a deadline and making it as short as possible, you eliminate the part of the process that’s not creative and not enjoyable. You eliminate procrastination, and you push yourself—or, as an editor, you push the writer—to get into the creative mode quicker. And that’s a pleasurable mode to be in.

Why deadlines are the antidote to burnout.

Chris: Let’s say you don’t like your job. If you embrace deadlines and you’re productive, then you are done with your work quicker, and you can go do whatever it is you want to do. You can go on longer hikes. You can do more video gaming.

If you do like your job, then still embrace deadlines because when you’re doing productive work, it makes you happy. I saw that at Jean-Georges. The process was so orderly, and they were so good at opening a restaurant, that everyone I talked to seemed determined to do their job well. Even excited to do it—and they believed in their mission. So I don’t think deadlines drive us toward burnout; they drive us to get work done with the least amount of suffering.