From Strength to Strength: Finding Success, Happiness, and Deep Purpose in the Second Half of Life 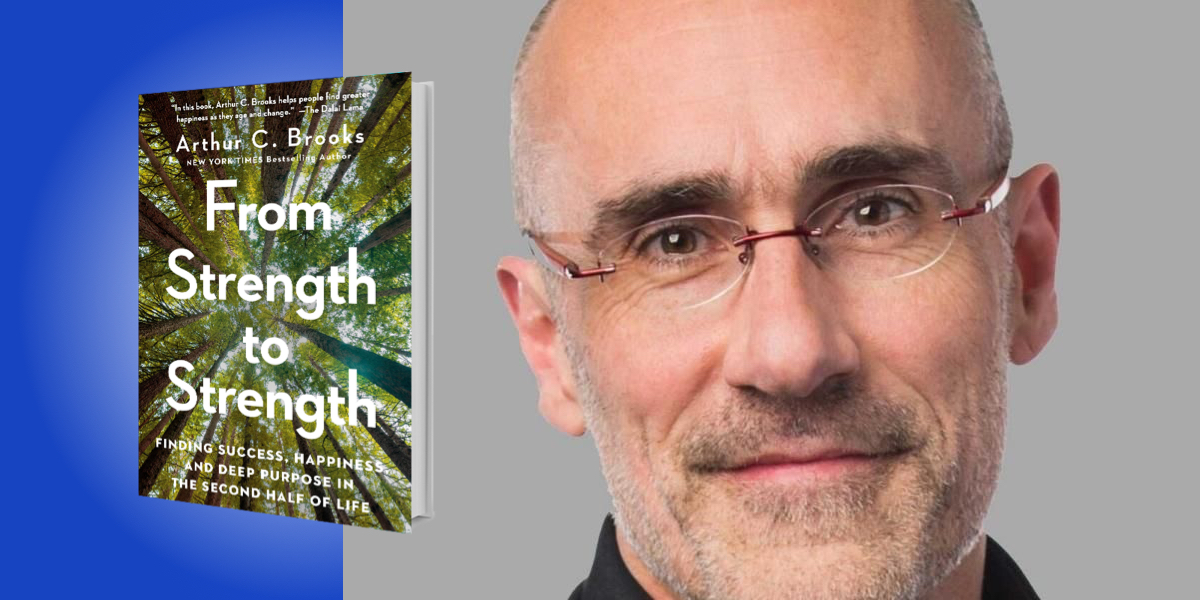 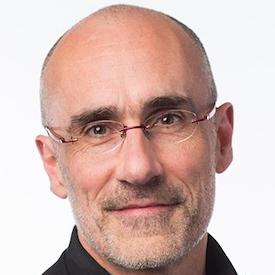 Arthur C. Brooks is an American social scientist, the William Henry Bloomberg Professor of the Practice of Public Leadership at the Harvard Kennedy School, and Professor of Management Practice at the Harvard Business School. He has authored eleven books, including the bestsellers Love Your Enemies and The Conservative Heart, and writes the popular “How to Build a Life” column at The Atlantic.

Below, Arthur shares 5 key insights from his new book, From Strength to Strength: Finding Success, Happiness, and Deep Purpose in the Second Half of Life. Listen to the audio version—read by Arthur himself—in the Next Big Idea App.

1. Happiness is not just up to chance.

To begin with, it’s not just a feeling. The feeling of happiness is like the smell of the turkey at your Thanksgiving dinner—it’s not the dinner itself. Happiness is a set of elements; it’s made up of enjoyment, satisfaction, and purpose. And we can control all those things—not perfectly, but a lot more than we typically think. The truth is that happiness does not have to be left up to chance, and we can get happier as we get older. Each of us can be happier at 75 than we were at 25.

After about age 70, there are two groups of people in the population—one group gets happier and happier as they age, and the other group gets less and less happy. It’s about 50/50 if you look at the data. Now, most people think that to be on the upper branch, to get happier as you get older, you have to be one of the successful people—the people who do a lot with their lives, who see a lot of worldly success—because then you can dine out on your success and be happy.

Well, it’s not true. The striver’s curse is that the people on the lower branch, the people who tend to get unhappier as they age, tend to be the ones who experienced a lot more success earlier in their lives. And it kind of makes sense—what goes up must come down. If you don’t do anything with your life, you won’t know when it’s over. But if you do a lot with your life and the party ends, you’re going to notice the difference. That contrast is really hard to take.

“If you don’t do anything with your life, you won’t know when it’s over.”

3. Our natural strengths change—and we need to get from one success curve to the second.

One of the things that all happy older people have in common is that they don’t just know how to add things to their lives; they also know how to subtract things from their lives. Early on, life is like a canvas that you’re filling up with paint—creatively, with energy, with enthusiasm, more brush strokes, more pain! And it’s all up to you—what you paint is limited only by your imagination. But after a certain point, that canvas gets pretty full.

“To be happy as you get older, remember: don’t just add, subtract.”

So to be happy, you need to change the metaphor from a canvas you’re filling up to a block of marble that you’re chipping away. In the second half of your life, you need to become a sculptor and chip away the things that aren’t you—the possessions, the attachments, the beliefs, even the opinions—all the stuff that distracts you from the serious business of being you. To be happy as you get older, remember: don’t just add, subtract. Don’t just have a bucket list—have a reverse bucket list for every year on your birthday, when you look at the five or ten things you want to get rid of because they’re holding you back.

5. Happiness is based on love.

Here’s something to think about: the aspen tree is a stately masterpiece. It looks like it’s all alone, isolated, yet majestic, and you can take shade under it. It’s a beautiful tree. But the truth of the matter is that an aspen tree is not a good metaphor for the sole striver, the successful person, at all. See, the aspen tree is actually not one plant—an entire grove of aspen trees is one plant. They have the same root system. In fact, the largest organism in the world is a stand of aspen trees in Utah called Pando that’s 106 acres large containing 6 million kilograms of wood. That’s one plant.

And that’s you, too. You’re not a solitary aspen tree. You’re part of a vast root system—and if you want to get happier as you get older, you need to cultivate your root system, not just look out for your leaves and your individual tree.

Maybe you’re a striver and successful, but you’re kind of lonely in your relationships. Well, successful people usually have a lot of people around them. They have a lot of “deal” friends. How many real friends do you have? Go from deal to real, and watch yourself get happier.

To listen to the audio version read by author Arthur C. Brooks, download the Next Big Idea App today: