The Suite Spot: Reaching, Leading and Delivering the C-Suite 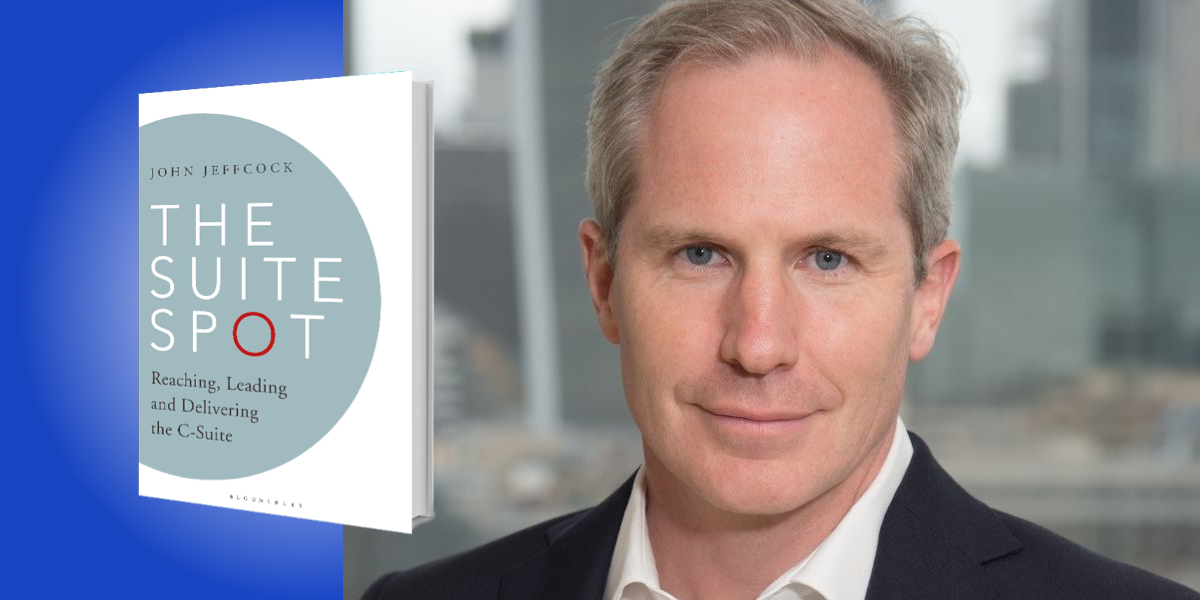 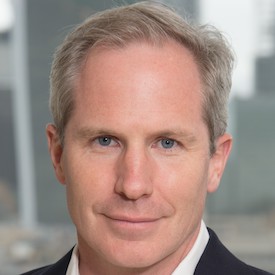 John Jeffcock is Chief Executive of the award-winning C-Suite network business Winmark. He is a former infantry Captain in the British Army, decorated for distinguished service, first Gulf War, and he later ran the Northern Cordon around Sarajevo for the UN during the war in Bosnia. Since then he has written two books of war poetry, proceeds from both going to injured soldier charities. He also has an MBA and sits on five educational boards.

Below, John shares 5 key insights from his new book, The Suite Spot: Reaching, Leading and Delivering the C-Suite. Listen to the audio version—read by John himself—in the Next Big Idea App.

The CXO method divides a role into its constituent parts, a Chief Expertise Officer. “Chief” is about running the team, department, or business unit. “Expertise” is your area of expertise, whether that’s legal, finance, tech, marketing, or HR. And the “officer” bit is about adding value across an organization. Interestingly, your career runs X, then C, then O. In your twenties, you learn your expertise—maybe that’s legal, marketing, or something else. In your thirties, you’re running teams that get bigger and bigger, so you learn your C. And in your forties, you learn your O, and that’s about deeply understanding the business model, governance, stakeholder management, that kind of thing.

But when you want to get into the top team, the selection criteria reverse the order. O becomes the most important factor, followed by C, followed by X. In other words, your technical skill is the least important criterion when it comes to getting into the C-suite. And now a couple of hard truths–I’m talking about public companies here, not small and medium-sized enterprises–but if you’re not in the top team by the time you’re 45, you’re never going to be CEO, the stats are all against you. And if you’re not on a public company board by 55, you most likely never will be.

There are around 45 C-suite roles. So if there are only five staff officers, simple math tells us that each has to have eight different roles reporting to them. That means nobody in the C-suite is a specialist—they are all generalists, or Chief Multidisciplinary Officers.

“Nobody in the C-suite is a specialist—they are all generalists, or Chief Multidisciplinary Officers.”

This means that McKinsey’s T-shape model of what an executive might look like—where the vertical line is your technical skill, and the top bar is your internal communication or collaboration—may get you just under the C-suite, but it fails to get you into it. For example, the Chief Legal Officer at WPP, Tesco, Volvo, and EasyJet all have the CISO (Chief Information Security Officer) reporting to them.

3. The shape of departments matters.

Departments have been changing shape. Digitalization has been changing traditionally triangular-shaped departments into diamonds as more minuscule tasks are automated. I was talking to a Chief Financial Officer of a large company that had over a thousand people in its finance function, and he said that within three years he expects it to be only 106 people.

“When choosing where you work, how the organization departments are shaped has a huge impact on your role and day-to-day activity.”

Smart power at a nation-state level is where a state combines the hard power of military and money with the soft power of attracting their adversary through culture and governance. In business, this approach holds up. Direct power is hard power, and indirect power is soft power—and in your career, you need both.

Let’s try to put this into roles: Divisional CEOs are line officers—they have hard power. There are often three of these in the average C-suite, and they tend to be in charge of geographic areas like Africa, Asia, or Europe. Increasingly, however, they are process or business unit CEOs, rather than geographic. And then staff officers—such as the CLO (legal) and CHRO (human resources)—have soft power. There are often five of these in the average C-suite.

The difference between these two types of roles and power was explained to me by the general counsel of a large organization. She said that she’d advised on many important projects, like company acquisitions and major investments, but she’d never owned the initiative. What she realized was that to become CEO one day, she had to take ownership of big business units or initiatives. So she bravely changed role and risked her career to move from a staff role to a line role. She is now CEO of that organization.

This is really important, because 90 percent of S&P 500 CEOs come from line, not staff roles. 90 percent! So the theory that CEOs are all former Chief Finance, Chief Legal, or Chief Marketing Officers is simply not true—only 10 percent of CEOs actually come from that route. If you think about it, the business units are much, much larger than the staff departments, because they pay for them. Therefore, the jump to group CEO is smaller, comes with less risk, and has a closer skill set, because the group CEO is also a line officer.

“The theory that CEOs are all former Chief Finance, Chief Legal, or Chief Marketing Officers is simply not true—only 10 percent of CEOs actually come from that route.”

Another really good example of this is a guy named Steven. Steven was at Barclays Bank, which employs over 80,000 people. He was a retail banker and doing really well, and he was offered a £20,000 promotion. But instead of being excited about this, he had a difficult conversation with his partner, and he decided instead to go and work in the strategy function.

Why? Because he had good line experience, but no staff experience. He realized Barclays was a big group, and he did not know how the center of Barclays worked. So he took the leap and worked in the strategy department for several years. He also realized that Barclays was a big international bank, and he had no international experience. So he made another leap and became a national CEO in a country that had significant corruption issues. Steven has since been the CEO of two banks, so don’t forget that lateral moves are also important.

5. The CXO method applied to the CEO role.

What does a CEO actually do? Most business schools say that the role of a CEO is to create, propose, and implement the strategy. What schools often forget to say is that CEOs do all that to achieve the purpose. For CEOs, the “C” is the C-suite to which they hold the keys, the “X” is about executing the strategy—which is their fundamental role—and the “O” is about representing the organization to all the stakeholders, which range from the environment to employees to clients and everyone else.

To wrap up, there’s a famous saying by Peter Drucker that “culture eats strategy for breakfast.” Let me add a couple of new truths to the table: purpose trumps strategy; line power trumps staff influence; lateral moves may be the key to your career; and in the C-suite, breadth trumps depth of knowledge.

To listen to the audio version read by author John Jeffcock, download the Next Big Idea App today: