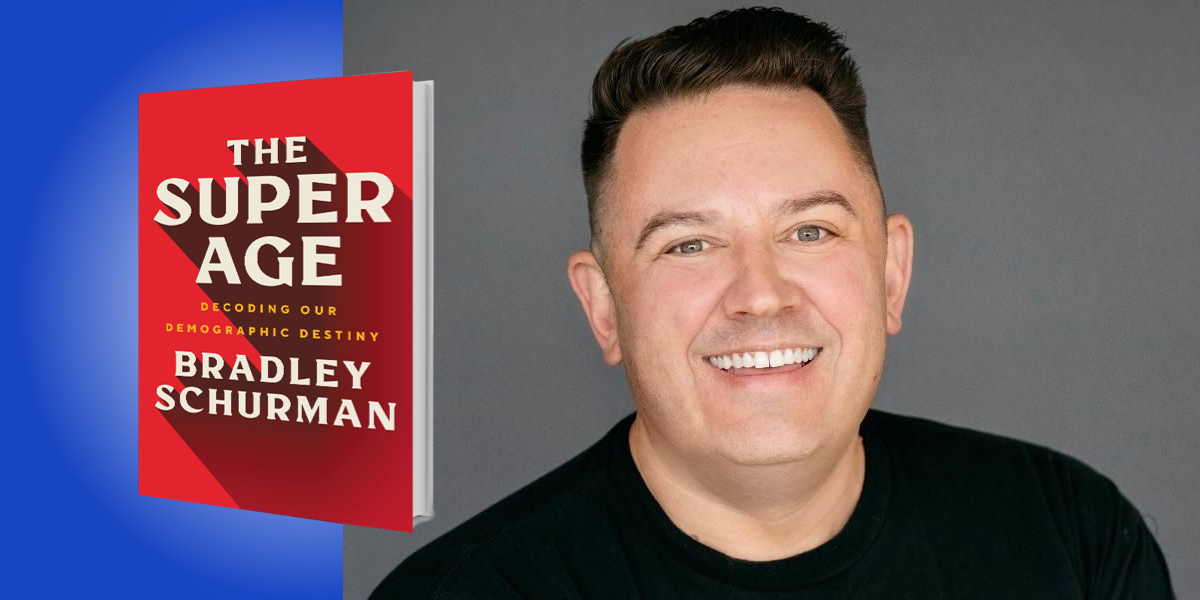 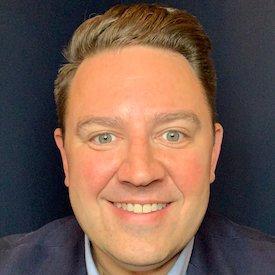 Bradley Schurman is a demographic futurist and opinion-maker on all things dealing with the business of longevity. He founded The Super Age, a global collective of change-makers that offers consulting to businesses seeking demographic change. He formerly led outreach to Asia and Europe for AARP, and spearheaded their groundbreaking Aging Readiness and Competitiveness report. His new book examines the way in which two megatrends—declining birth rates and the radical extension of human life—are intersecting to form a super-megatrend that is creating a sharply different, vastly older, and generationally diverse society that humanity has never experienced before.

Below, Bradley shares 5 key insights from his new book, The Super Age: Decoding Our Demographic Destiny. Listen to the audio version—read by Bradley himself—in the Next Big Idea App.

1. Demographic change and population aging are happening everywhere and affecting everyone.

Getting old isn’t new. Michelangelo and Ben Franklin, for example, lived well into their 80s—but this was the exception. Average life expectancy for most of humanity hovered between 30 and 35 years of age. Today, the life expectancy in this country is nearing 80. Life used to be short in large part because one out of three children died before the age of five, and nearly half died before adulthood.

However, scientific and social innovation (child labor laws, food safety measures, vaccines) all contributed to improving survival rates. This meant that more children were able to make it into adulthood, and then old age. Populations that once looked like pyramids, with large numbers of children at the bottom and a small number of older adults at the top, began to square off, or in some cases invert, to create this new period in time.

Inequalities (social and economic) compound over the lifetime of an individual, or a group of people, and can lead to shortened average lifespans. Higher-educated and higher-income populations are more likely to live longer and with greater security, whether it be health or economic. They are often concentrated in urban areas, too.

Success and longevity are intimately tied to race and gender. White, cisgender, gay men earn the most money in the United States. However, Asian, cisgender women tend to live the longest. Sadly, trans women of color earn the least, well below the poverty rate, and live the fewest years. In fact, their life expectancy is more like that of the previous age, with averages hovering between 30 and 35.

“These inequalities create a space between those who live the longest and the shortest—known as the ‘longevity gap’—and it’s widening.”

These inequalities create a space between those who live the longest and the shortest—known as the “longevity gap”—and it’s widening. It is now nearly 20 years nationwide, but this is just an average. Greater longevity gaps exist in cities with higher rates of historic segregation and income inequality. DC and New York City, for example, have a 27-year gap, while Chicago’s is over 30 years.

There are a number of reasons for this. First, there has been a rebalance of risk over time. We’ve moved from risk being held by the institution—whether it be the corporation or the state—to being pushed onto the individual. More costs are born for retirement savings, as well as healthcare.

We’re also seeing a desire for individuals to remain connected in the workforce. This is typically because individuals want to remain socially connected, or they need to remain financially secure. Or, in some cases, it’s both.

This is buttressed by the fact that there’s a shortage of workers for the first time since the end of the Second World War. If you can believe it, during that period there was a significant uptick in older worker participation rates in this country.

4. Bias and inaction will hurt us.

Ageism, which is the stereotyping and discrimination against individuals or groups on the basis of their age alone, is a lot more common than you think.

Ageism shows up everywhere: in everyday microaggressions by friends, family, acquaintances, coworkers, and the popular and news media. It also manifests itself in product and service design, public policies, the workforce and workplace, marketing and communications, and health care policy. In the era of #MeToo, #LoveWins, and #BlackLivesMatter, individuals have become finely attuned, if not sympathetic, to the challenges and prejudices faced by others, yet ageism persists as an accepted bias. We simply don’t care about those older than ourselves.

“Ageism persists as an accepted bias. We simply don’t care about those older than ourselves.”

There is an exception. If a person is rich, white, and male, they have greater license to age and do so with dignity and purpose. They retain their position in society, or even see their position grow. Women and lower-income people do not have this luxury.

Ageism costs the U.S., as well as the global economy, billions of dollars each year, whether that be in health-related costs from individuals being made redundant because of their age, or because companies don’t see their economic potential, or because doctors don’t prescribe the right treatments. The OECD has gone so far as to suggest that some economies could contract by 10 to 20 percent because of this pervasive bias.

If we fail to adjust our social welfare systems for the future, the population imbalance will most likely cause programs, like social security or Medicare, to collapse completely. But there is hope.

5. Generational inclusion will lead to a period of unparalleled prosperity.

Advanced economies will be home to smaller, older, and more generationally diverse populations who will need to work longer, but they will also have greater needs for products and services at different life stages. Inclusive strategies are a clear path toward growth. This might happen because the market demands it.

In 1950, just after the Second World War, the labor force participation rate for older workers (over the age of 65) was nearly 50 percent. Because of systemic ageism pushing older people out of the workforce, this had collapsed to 14 percent by 1990.

If we lead with inclusion and realize that there is great power in bringing all generations together, we will see incredible economic growth, as well as improved social cohesion. We will need to renegotiate the social contract, including the retirement age, but businesses will also need to rethink the ways in which they recruit and retain talent, as well as the ways in which they design and market to an older and generationally diverse clientele.

Inclusive design will allow more people to live at home and in their community for longer. It will lead to economic expansion. None of these changes will be possible if nothing is done to address negative bias toward older people at home, within the community, and in the workplace. If countries tackle ageism head-on and support age-friendly initiatives through direct financing and investment, tax incentives, and the creation of innovation districts to support longevity, they could see growth upwards of 20 percent of GDP—or more.

To listen to the audio version read by author Bradley Schurman, download the Next Big Idea App today: