The Surprising Reason Why Innovation Fails 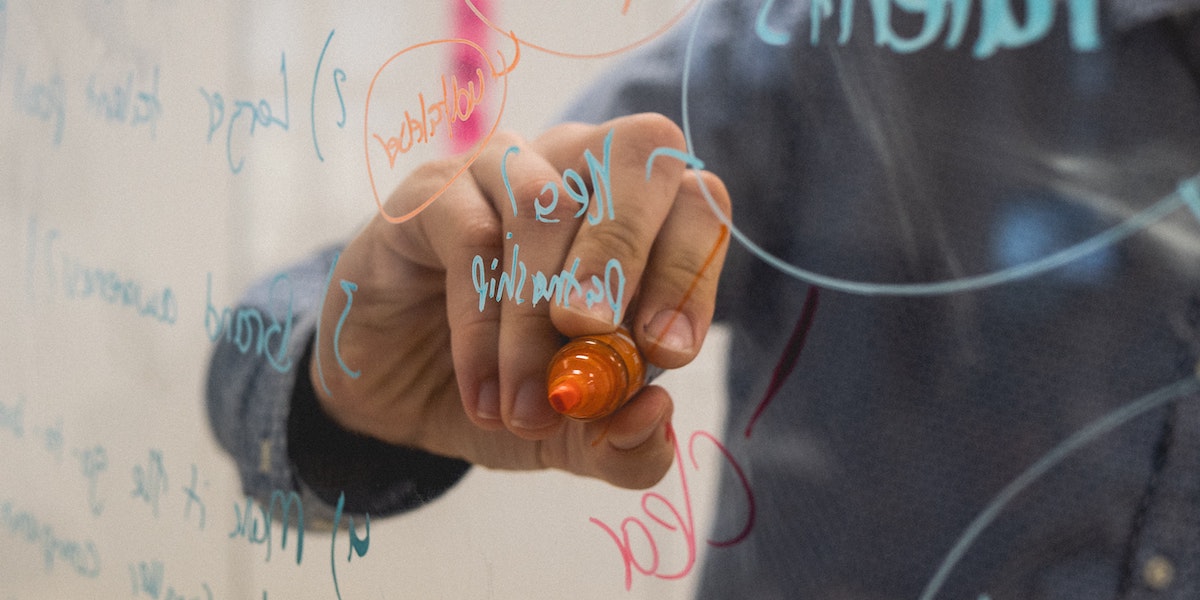 What if the fates of careers, companies, even entire industries depend on nurturing crazy ideas? In Loonshots, physicist turned biotech entrepreneur Safi Bahcall pulls back the curtain on history’s greatest scientific, technological, and entrepreneurial breakthroughs, introducing us to a cast of colorful characters with much to teach us about how innovation really happens.

In this week’s episode of the Next Big Idea podcast, Safi sits down with world-renowned business thinker Daniel Pink to dissect the delicate relationship between complex ideas and even more complex people. Listen to the full episode below, or read a few key highlights.

On having astrophysicists for parents.

Daniel Pink: Tell us about your mother and your father. What’s it like growing up with two parents who are physicists?

Safi Bahcall: You know, it sounds dramatic and glorious to have two astrophysicist parents, but a lot of the time it’s like, “What’s for dinner? Is it pizza or Hoagie Haven?” But we did have a family of asking questions, and that stayed with me my whole life.

Daniel: Did you have to come to the dinner table armed with a question?

Daniel: I don’t want to turn this into a therapy session, Safi—

Daniel: Did you have a sense of what your parents did?

Safi: No, no clue. But you know, I’d be driving along with my dad, and you’d see this sort of shimmering thing that looks like a lake on the asphalt. And instead of just ignoring it, he’d be like, “Why do you think that shimmers? Why does it look like a lake?” And then we’d talk about refraction. I’m sure that happened to all of you guys with all of your dads.

“The big ideas—the ones that changed fields of science or transformed industries—rarely arrive with blaring trumpets or red carpets, dazzling everybody with their brilliance.”

Why he left academia to join the working world.

Safi: I don’t think I’d set foot off a university until I was 29 or 30. And then I just started to get really curious. I observed something about the world, and this may shock you: Not all people are physicists or mathematicians. And I was like, What do they do for a living? They get up in the morning, and then what happens?

I remember I was dating somebody at the time, and I was like, “You have a real job. What is that? Can you take me to an office building, and can I meet these people?” She was working at a law firm as a paralegal. And I went around and asked everybody, “Do you like your job?” “No.” “Do you like your job?” “No, I hate it.” I’m like, This just doesn’t sound good. Maybe I should stay in physics a little longer. But eventually I got really curious about how the rest of the world works—big companies, small companies, and entrepreneurs.

On the origins of the term loonshot.

Daniel: You ended up writing a business book that is rooted in physics. And at the core is this notion of a loonshot. Companies talk about, “Oh, we need a moonshot. We need some Big Hairy Audacious Goal.” But nobody has ever talked about loonshots. What the heck is that?

Safi: If you look back at the course of history, the big ideas—the ones that changed fields of science or transformed industries—rarely arrive with blaring trumpets or red carpets, dazzling everybody with their brilliance. They’re usually dismissed or neglected for years, sometimes even decades, and their champions are written off as crazy. There wasn’t any good word in the English language to capture that, so I made one up.

“The problem with innovation is not the supply of new ideas—ideas are cheap.”

On the difference between a moonshot and a loonshot.

Safi: A moonshot is a goal, a destination. Nurturing loonshots is how we get there. When John F. Kennedy declared, “We’re going to put a man on the Moon,” that was the original moonshot. But how do we get there? Well, it turns out 30 years earlier, a guy named Robert Goddard had suggested a crazy idea: “We’re going to explode fuel inside this metal canister, and that will go into space.” People said, “You’re out of your mind.” People ridiculed him. And it wasn’t just for a year or two years—it was 30 years. Of course, that was liquid-fueled jet propulsion, and that’s what ended up getting us to the Moon. So Kennedy’s goal, his ambition, was the original moonshot, and Goddard’s idea was a classic loonshot.

The secret of good management? Be a gardener, not a Moses.

Safi: The problem with innovation is not the supply of new ideas—ideas are cheap. Innovation fails in the transfer. So you need to manage the transfer, not the technology.

If you’re a manager or a leader, it gives you a different way of thinking about your job. Your job is not to be a Moses, standing on the top of a mountain and saying, “All right, I am anointing the holy loonshot. This is the chosen project this year. Let’s part the seas and make way, all you soldiers.” That doesn’t work. You need to manage the balance between these two groups—the soldiers and the artists—because that’s the key. No one else can be in charge of the transfer. Artists are doing their job, and soldiers are doing their job. If you’re a manager or leader, your job is the transfer between them, because that’s where most things fail.

Daniel: Give us an example of a case where either this went right or it went wrong.

“You need to manage the balance between these two groups—the soldiers and the artists—because that’s the key. No one else can be in charge of the transfer.”

Safi: I’m a fan of World War II history, and one of the technologies that made an enormous difference in the course of the war was microwave radar.

Two or three or four years into the war, the Allies were being killed by U-boats. U-boats were strangling the Atlantic for the first few years, and by the fourth year of the war—early 1943—England was running out of oil. They had three months left of oil. And America was trying to resupply Europe, but the U-boats were shooting down ships in the Atlantic faster than the Allies could build them. What turned the course of the war was a technology called microwave radar, which allowed planes to see.

You might think that as soon as scientists invented microwave radar, the problem was solved. But no—at first, the pilots were like, “Nah, we don’t want a new technology.” That’s just like all soldiers everywhere. They’re familiar with their stuff. It works. They’re busy, and they don’t want to deal with it.

So Vannevar Bush worked to get the pilots to try it out, and they did. Nothing happened for almost a year. Finally, he realized the problem was the transfer the other way. So he got the scientists, the crazy artists, to get in the cockpits with the pilots, and they discovered that the pilots, when they were being shot at flying hundreds of miles an hour—they didn’t want to deal with 13 switches on these crazy new boxes. The boxes worked, but there were so many switches. They just didn’t have time to figure it out. The technology was great, but the user interface was lousy.

So the scientists went back and created this display that you see in movies with the oscilloscope and the sweeping line. They put it in the plans, the planes went out, and within 30 days, Nazi Germany had lost one-third of their U-boat fleet. Two months later, the German admiral sent a message to all the boats in the Atlantic: “Withdraw. The battle has been lost.” The lanes were clear to resupply England. The lanes were cleared for an allied invasion of Europe.

That’s why managing the transfer is so important. You need to be a gardener, not a Moses.