How to Talk to a Science Denier: Conversations with Flat Earthers, Climate Deniers, and Others Who Defy Reason 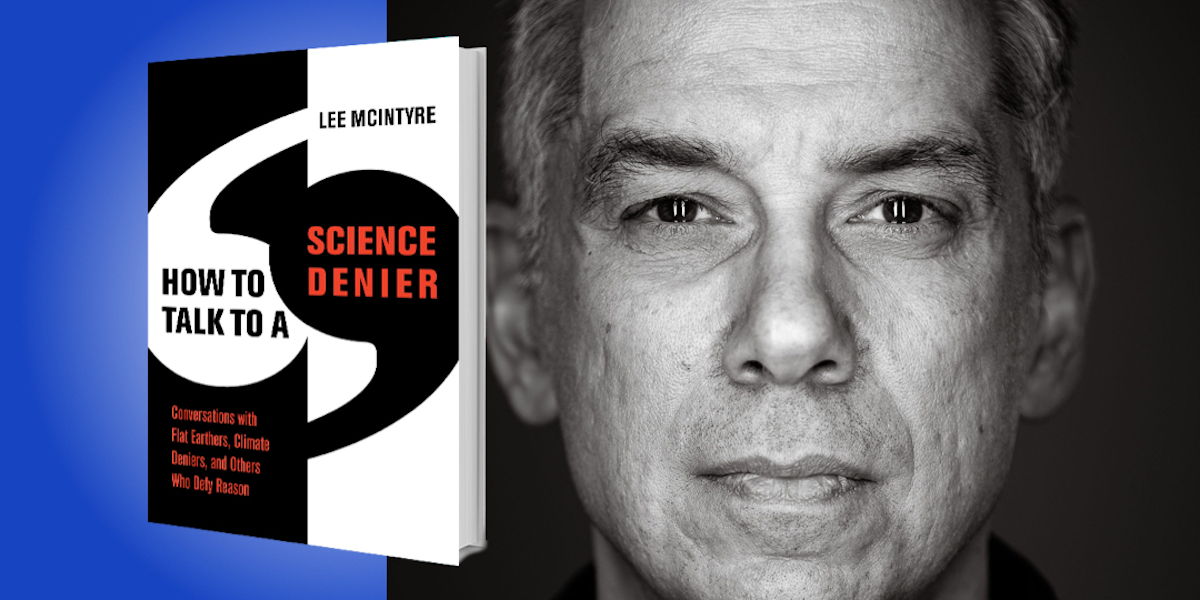 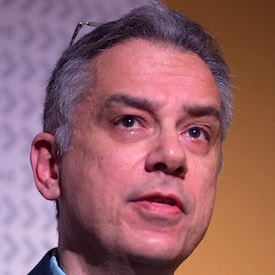 Lee McIntyre is a Research Fellow at the Center for Philosophy and History of Science at Boston University. He has been a philosopher of science for about thirty years, and is fascinated with the question of what makes science special so that we can better understand it, grow it, and defend it from those who are attacking it. Over the last few years, his focus grew increasingly on the problem of science denial. His new book recounts conversations he’s had on the road with science deniers, and what he learned about how to talk to them.

Below, Lee shares 5 key insights from his new book, How to Talk to a Science Denier: Conversations with Flat Earthers, Climate Deniers, and Others Who Defy Reason. Listen to the audio version—read by Lee himself—in the Next Big Idea App.

1. All science denial is the same.

Whether one is a climate denier, anti-vaxxer, Flat Earther, COVID denier, or anti-evolutionist, the reasoning strategy is identical. Years ago, cognitive scientists came up with a five-step blueprint to understand the flawed reasoning strategy behind virtually all denialist thinking. It goes like this: Cherry-pick evidence, believe in conspiracy theories, rely on fake experts (and denigrate real experts), engage in illogical reasoning, and believe that science has to be perfect.

An example can be found when climate deniers say they’re “waiting for more evidence,” even though the evidence for global warming is overwhelming. Or Flat Earthers, who claim that NASA officials faked the Moon landing. Or vaccine resisters, who claim that someone put microchips in the COVID vaccines. These claims are flawed—and can be refuted by available facts—but that doesn’t mean deniers will just give up their beliefs in light of those facts.

“If you remain calm and show respect, empathy, and patience, and you actually listen to what a science denier has to say, you can build trust.”

Indeed, in many cases they already know them, but still aren’t convinced. Why? It’s because they aren’t reasoning in the right way about scientific evidence. So if you can focus not just on the facts they need to hear, but also the reasoning strategy that got them to the point where they feel justified in rejecting the scientific consensus, you’ll have better luck.

2. It is possible to get science deniers to change their minds.

In 2019, there was a landmark study published in the journal Nature Human Behaviour, which gave the first empirical evidence to show that there were two effective strategies for rebutting science deniers’ arguments. What I mean by this is that science deniers themselves can be convinced to change their beliefs.

One effective strategy is “content rebuttal.” This is when you are an expert, say, on climate change, and you can provide the facts when a denier falsely claims that the global temperature hasn’t gone up in the last ten years. But there’s another strategy called “technique rebuttal,” which is based on the five flawed steps of reasoning. Deniers are often armed with talking points to push back against factual claims; they’re less often prepared to defend their logic.

There are a couple of exciting things to note here. First, is that both strategies were equally effective, which means that you do not have to be a scientist to fight back against science denial—anyone can do it. Second, there was no additive effect, so you only need to learn one strategy. Content rebuttal and technique rebuttal don’t always work, but they work often enough that in the study, they were statistically significant in convincing an online audience to give up denialist beliefs after hearing false information for the first time.

“You cannot reason somebody out of something they didn’t reason themselves into in the first place.”

3. It matters very much how you approach a science denier.

One drawback of the study cited above is that it was all done online, which leaves open the question of whether content and technique rebuttal might work (and perhaps even better) face to face. And that is where we usually meet science deniers, isn’t it? At the office, or across the Thanksgiving table. Another drawback to the study is that it was not done on hardcore deniers, who had been marinating in disinformation for years, rather than hearing it for the first time.

The good news is that there are many anecdotal accounts in the literature which show that even hardcore science deniers can and do change their minds, and that when they do so, it almost always happens in the same way: after personal engagement with someone they trust. In other words, it’s not just about the message—it’s about who is delivering the message, and how.

This gives you a leg up if you’re talking to a friend or family member, who presumably already loves and trusts you, but it also works for strangers. If you remain calm and show respect, empathy, and patience, and you actually listen to what a science denier has to say, you can build trust. That is a necessary step for getting someone in a frame of mind where they will hear what you have to say. It’s sometimes said that you can’t change someone’s mind for them, but you can create the conditions under which they change their own mind.

4. Science denial isn’t really about facts at all.

Jonathan Swift once said that you cannot reason somebody out of something they didn’t reason themselves into in the first place. But if a denier’s belief is not based on evidence, then what is it based on? The answer is identity.

“If you ever have trouble feeling empathy for a science denier, remember this: Most of them are pawns who have been radicalized for the benefit of someone else’s agenda.”

A denier will often tell you that they’re convinced by the evidence, but when you then ask them, “OK, so what evidence could convince you that you were wrong?” they have nothing to say. This precise thing happened to me when I visited the Flat Earth International Conference in Denver, Colorado in 2018. Although I didn’t convince any Flat Earthers to give up their views on the spot, I did learn that by letting them talk, then asking questions, I could get them to listen to what I had to say. I came away with the feeling that what they were missing was not a proper set of facts, but a sense of trust. They felt alienated and displaced from the larger culture, which was full of elites and experts who were condescending to them and always telling them what to do. In this environment, they felt justified in clinging to outlandish beliefs that defined an alternative community and identity. They thought that the experts and scientists were lying to them, and that the world was filled with either conspirators or sheep.

In some ways, they honestly believed that they were being more scientific than the scientists. That’s why you have to be careful not to shove facts down a science denier’s throat. If you want to convince them, you have to focus not just on what they believe, but why they believe it. Always remember that denialist views are not just what they believe—it’s who they are.

5. Science denial is not a mistake—it’s a lie.

Almost always, the sorts of things you hear science deniers say are not something they made up or started to wonder about on their own, but were instead conditioned to believe by someone else. There are people who are intentionally creating scientific disinformation for their own selfish purposes, whether they be economic, political, or ideological. This false information is then fed out into the larger society, where it is amplified through social media and partisan media.

This creates an “us versus them” mentality, even about factual information. Once you have polarized enough people, and made them learn to hate and distrust the “other side,” you can get them to believe almost anything. That is precisely the result desired by the creators of disinformation.

A community built on falsehood is still a community, and a community of true believers can be quite useful. Propagandists use their alternative narrative of “truth” as a mechanism for profit and social control. If you ever have trouble feeling empathy for a science denier, remember this: Most of them are pawns who have been radicalized for the benefit of someone else’s agenda.

To listen to the audio version read by Lee McIntyre, download the Next Big Idea App today: