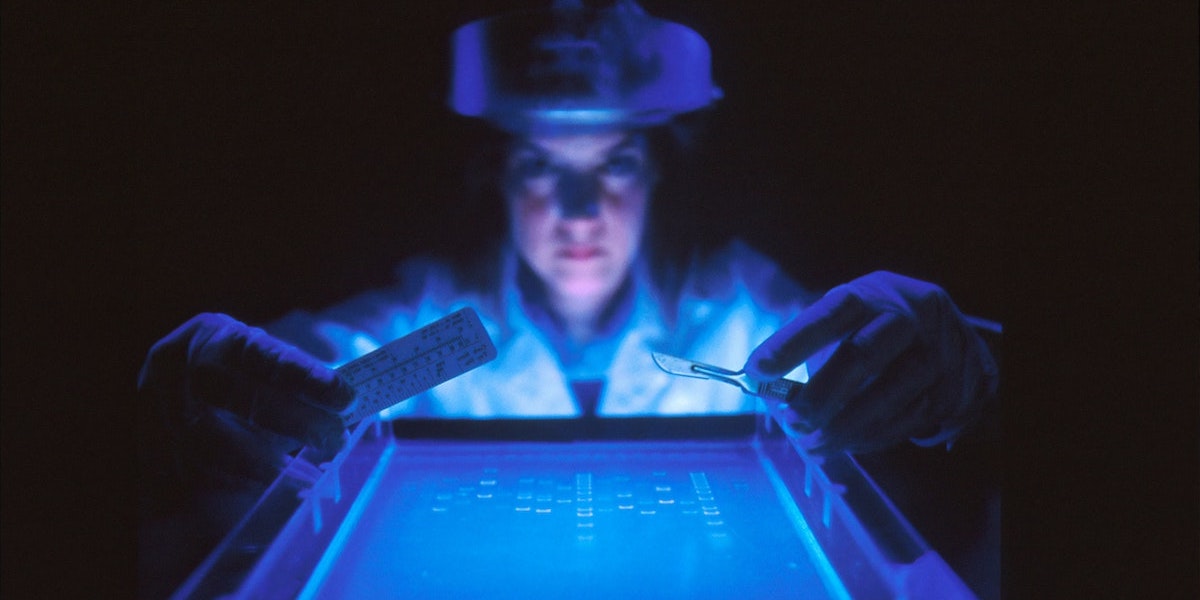 Almost a decade ago, biochemist Jennifer Doudna and her team at Berkeley figured out how to rewrite our genetic code using a system called CRISPR. Thanks to this miraculous discovery, we now have the power to hunt down cancer cells, deflect oncoming viruses, and cure genetic diseases.

But CRISPR has a dark side, morally speaking. In a world where we’ll soon have the power to endow our kids with superior strength and intelligence, how far is too far? Doudna’s groundbreaking discovery and the moral dilemmas that followed are the subject of The Code Breaker by bestselling biographer Walter Isaacson.

In this week’s episode of the Next Big Idea podcast, Walter tells host Rufus Griscom why the CRISPR era will be far more consequential than the digital revolution. They also discuss the mechanics of creativity, the delicate balance between competition and collaboration, and the surprising traits that Isaacson’s subjects—Leonardo da Vinci, Ben Franklin, Albert Einstein, and Steve Jobs—all have in common. Listen to the full episode below, or read a few of Walter’s most remarkable insights.

Biographies are not how-to books.

I know a lot of people who write biographies of people they can’t stand. I don’t know how you get up and do that every day—for me, I have to find some admirable traits. We’re always eager to jump down people’s throats, or to slam them on social media. And as I’ve drilled down on the characters I’ve written about, I’ve thought that some of them were not very good characters. But the more you get to know them, the more you realize something very simple: They’re human.

I just wrote a defense of Benjamin Franklin, for example. People wanted to take his name off of a school down here in New Orleans; I’d written a biography of him, and I said, “Yeah, he was not perfect, but he grew morally. He became the president of the Society for Promoting the Abolition of Slavery, but that’s because he realized the error of his early ways.”

So I think you can learn to love somebody if you look at the arc of their moral growth. I try very hard not to sugarcoat, whether it be Steve jobs or Ben Franklin or Leonardo da Vinci, because it helps you know that they were human and had flaws. Sometimes people say, “I read your Steve jobs book, and I want to be just like him.” And I say, “No, biographies are not how-to books.” Biographies are about real people, and you’ve got to draw your own lessons from them.

Geniuses turn adversity into a strength.

Jennifer was a tall, lanky blonde girl living in a tiny town in Hawaii, where all the other kids were Polynesian. And she said, “How do I fit in?” Leonardo, being gay and illegitimate and left-handed, didn’t know how he fit in either. At times, all of us feel like a bit of an outsider. But I think creative people use that to develop a passion or a curiosity for saying, “All right, how do I fit into this cosmos?” Leonardo da Vinci does the greatest drawing of that question ever, which is his self-portrait. He’s standing naked, like he’s doing jumping jacks, inside the circle and the square of the cosmos and the earth. It’s known as the Vitruvian Man. And he’s saying, “Here’s the science, here’s the art, and it’s helping me figure out how I fit into this cosmos.”

The digital revolution was nothing compared to the CRISPR era.

When I began writing the book, I said, “Okay, this is going to be as consequential [as the digital revolution].” And then gene editing came along; a Chinese doctor was able to edit embryos to create designer babies with inheritable edits. Then coronavirus came along, and we had to program molecules to make vaccines. And I realized I was understating the case. I love the digital revolution, but as wonderful as my iPhone is, that’s nothing compared to the ability to edit the genes of our children, or to be able to conquer viruses once and for all. So I think the first half of the 21st century will be a life sciences revolution, just like the second half of the 20th century was a digital tech revolution.

“As wonderful as my iPhone is, that’s nothing compared to the ability to edit the genes of our children.”

DNA may be the more famous sibling, but RNA is the real star of the family.

And two, RNA acts as a guide—so it can take an enzyme and guide it to a place in our DNA and say, “Chop it up, cut it right here.” Once we know how to program that guide, we can edit our own DNA. And that’s what Jennifer Doudna and her colleagues discovered in 2012: how to program and guide RNA to edit our own genetic code.

So with those two simple things—serving as a messenger and telling us how to edit our genetic code—we can fight coronaviruses, create proteins that fight cancer, allow immunotherapies to work, and fix genetic disorders like sickle cell anemia. That is all thanks to this simple molecule called RNA—and Jennifer Doudna discovered how it works and the exact components of its shape.

The power and peril of gene editing.

I think we should be thrilled and embrace the good that this technology can do. I don’t think we want to become so reflexively anti-technology and anti-science that we don’t start by saying hey, this is going to help us conquer viruses, pandemics, horrible genetic diseases, and cancer. But yes, I also think we have to worry about two big issues. One is that when it comes to enhancing our children, we don’t want to let the rich simply buy better genes for their kids. That’s a policy issue that we have to get our heads around.

And two, we also have to worry about editing out the diversity of the human species. When we’re going to be parents, if we all can go to a genetic clinic with a supermarket shopping list and say, “Okay, I want my kid to be this tall, and this is the hair color I want, and this is the muscle mass I want,” then we might find ourselves editing out the beautiful diversity that helps our species survive and makes us so creative.