This Is the Voice 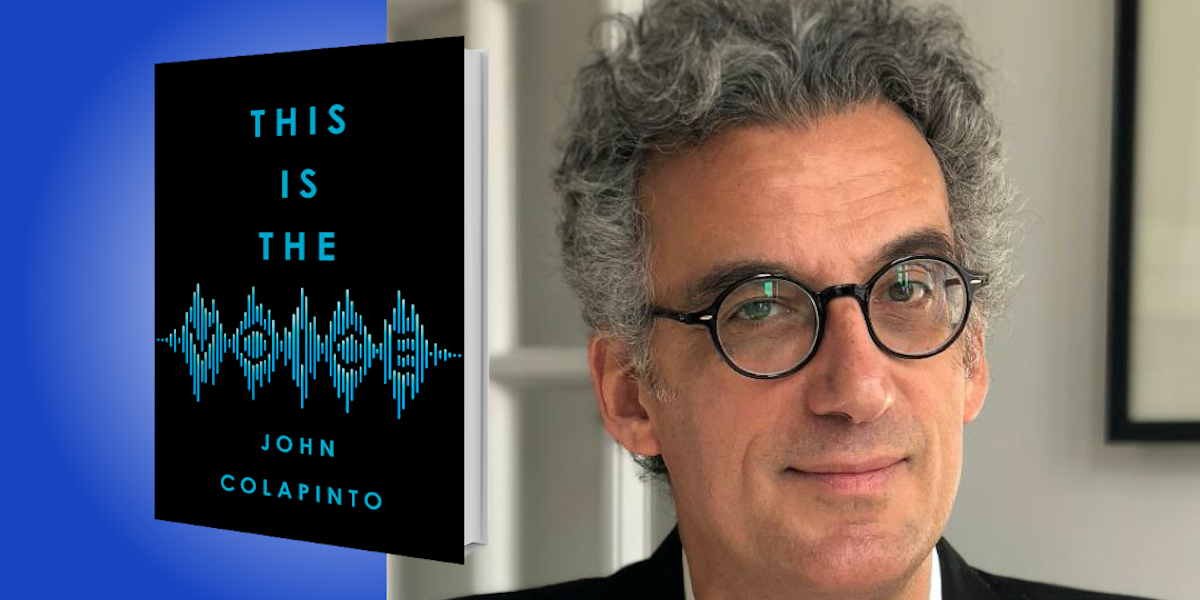 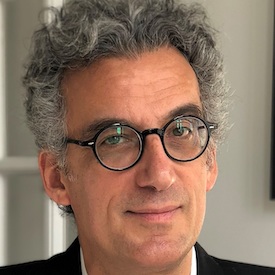 John Colapinto is a staff writer at the New Yorker and author of the New York Times bestseller As Nature Made Him: The Boy Who Was Raised as a Girl. Winner of a National Magazine Award, he has written for Rolling Stone, Vanity Fair, and Esquire.

Below, John shares 5 key insights from his new book, This Is the Voice. Download the Next Big Idea App to enjoy more audio “Book Bites,” plus Ideas of the Day, ad-free podcast episodes, and more.

Next Big Idea Club · This Is the Voice

1. Your voice is molecular lasagna.

What exactly is the voice? It’s the way we use our vocal apparatuses to move the air molecules around us. Like a high-def TV dense with pixels, a cubic inch of air contains 400 billion molecules, making it an extremely high-resolution medium for carrying the many layers that comprise the human voice—layers that can reveal a startling amount about us. Your pronunciation of certain words can indicate where you grew up. Pitch can reveal your gender. Articulation carries clues about your education. And these layers, lasagna-like in their richness, are there in every syllable we utter.

We can all talk to animals—in fact, we do it all the time. We lower our pitch to tell our dog, “Don’t do that!” We raise it to say, “Aren’t you cute?” Our dogs do it back to us when they growl or whine, and we know instantly what they’re telling us. All animals use the same vocal tones—“prosody” as the ancient Greeks called it—to communicate identical states of mind. When an animal feels threatened, it drops its pitch menacingly. When it feels loving, it raises its pitch flirtatiously. Over hundreds of millions of years, these acoustic signals were woven into the animal genome as rules of emotional expression—rules we still follow, which is why we drop our pitch to discipline a child and raise it when expressing love.

“Women have been unconsciously lowering their pitches at a rate that precisely parallels their changing social status over the last century.”

Unlike humans, all other mammals are vocally monomorphic—their roars, barks, and meows sound the same regardless of sex. Humans start out as monomorphic, but at puberty, the male voice deepens dramatically thanks to a blast of testosterone that makes the vocal cords explode in size. Some see this as a clue that the human voice has something to do with mating and reproduction. Since deep voices create the illusion of greater body size, dominance, and lethality, early human males with deeper voices had an advantage; they could scare off squeaky rivals and win the contest for mates. The genes for deep-voiced males were thus sexually selected in our species.

4. But biology isn’t the whole story.

Women’s shorter, thinner vocal cords typically give them higher voices than men, but our voices are not entirely at the mercy of biology. We can move our pitches up and down, consciously and unconsciously. Women have been unconsciously lowering their pitches at a rate that precisely parallels their changing social status over the last century. It started with the suffrage movement, and a further drop happened during WWII, when women took on positions of authority in workplaces vacated by men who’d gone off to fight. Today, many women speak in the lowest pitch the human voice can achieve, stiffening their vocal cords so their voices crackle like frying bacon. This gravelly monotone is called “vocal fry.” And with the rise of the #MeToo movement, it’s become a way for women to level the vocal playing field. Vocal fry is produced by the same set of vocal muscles that lions and tigers use to growl, and a growling vocal fry says, “Watch it. I mean business.”

“The best political orators are rousing, but not at the expense of reason.”

5. The ancient Greeks had it right.

The ancient Greeks said the best political orators use their voices to bridge divides. When Barack Obama, in his 2004 address to the DNC, said that there aren’t red states and blue states, only the United States, he used an emotionally stirring yet steady voice to transmit a message about unity and cooperation. In contrast, demagogues use their voices as weapons to whip up raw emotion, subvert reason, and convince their followers to act on animal instincts of fear, rage, and distrust. Hitler was the most destructive demagogue in history, and we can hear the rageful, divisive emotion in his speeches. He would literally foam at the mouth as he screamed about racial supremacy. Hitler’s propaganda minister actually praised his use of the voice, saying Hitler could move people who didn’t even understand what he was saying; it was all in how he said it. Talk about negating reason! When it comes to the people who lead us, we should listen for a balance between emotional delivery and rational, sophisticated ideas. The best political orators are rousing, but not at the expense of reason.