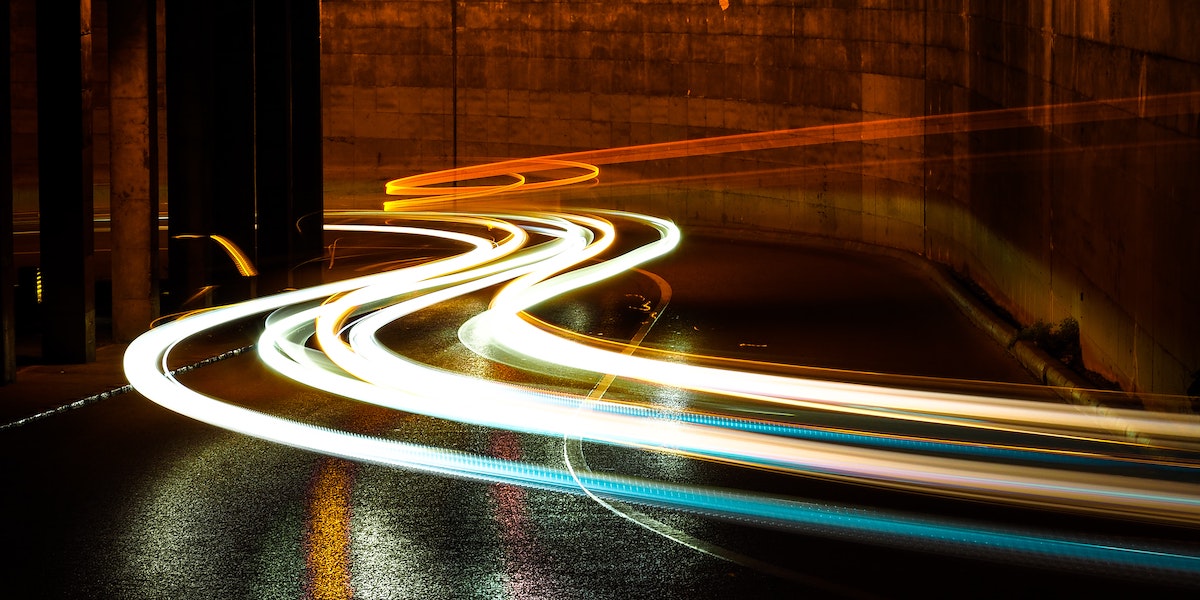 We’ve all seen the meme. Two images, side by side. On the left, a photo of Jeff Bezos circa 1998. His hair is receding, his smile geeky, his sweater bulky and brown. The caption? “I sell books.” Then, on the right, there’s Jeff in 2017. His pate is as smooth as Lex Luther’s, his biceps as bulbous as Vin Diesel’s, a satisfied look on his sunglassed face. “I sell whatever the f**k I want,” reads the caption.

That meme is a pretty good metaphor for the era of radical change through which we are living, an era Azeem Azhar calls “the exponential age.” Breakneck advances in technology allowed a humble bookseller to become chieftain of the world’s largest online retailer. And don’t expect those technological advances to slow down anytime soon.

Azeem recently joined host Rufus Griscom on the Next Big Idea podcast to discuss his marvelous new book, The Exponential Age: How Accelerating Technology is Transforming Business, Politics and Society. Listen to the full episode below, or read a few key highlights.

Want to thrive in the exponential age? Make friends with change.

Rufus Griscom: We live in a world that’s changing, and as you point out—and this is central to the thesis of your book—the pace of that change is accelerating. It’s always struck me that being a friend of change is a good life strategy when you’re living in a world in which change is inevitable. If you register change as traumatic, you’re kind of in a pickle. Obviously, we need to learn to accentuate the upsides of change and mitigate the downsides, which is what you’re doing by investing in tech startups and also, in parallel, helping governments and companies mitigate the downsides. I really found the book extremely exciting and hopeful.

Azeem Azhar: Well, thank you. I think it is a hopeful book. What I wanted people to do is understand that there is a fundamental shift that is going on. If you look at what happens in complex economies with increasing levels of education and more interconnections, you will see these patterns of acceleration in certain areas.

So, in a sense, I’m saying, “Look, it’s going to rain,” and you can decide whether you want to dance in the rain or get an umbrella. Giving you that choice is the positive message. You can have some agency around this.

But I’m not saying that technology is deterministic. I’m not saying that there are inevitabilities about the way technologies act, and that every word processor that could have been produced would have been like Microsoft Word, or that every social network would have been like Instagram. Those are design choices. Those are choices that we, as the people who create the technology, can make. But I am saying that there are some fundamental things that are going on in the way our economies operate that point toward this acceleration. And if we are going to make sense of it, a reasonable strategy would be to say, “How am I going to deal with the change that is coming?”

“If you register change as traumatic, you’re kind of in a pickle.”

The wonders of synthetic biology.

Rufus: Why don’t we talk about synthetic biology—that was extraordinary to me. You talk about turning microorganisms into little factories to make biopolymers, like plastics, that are biodegradable—and even electrical components. People say that as much as 60 percent of the physical inputs of the global economy could be produced biologically by 2040. That’s pretty stunning.

Azeem: It’s amazing, and I love this area. I didn’t understand it for years, but I was fortunate to speak to people who really knew what they were talking about, and eventually it started to make sense to me.

There are incredible things that exist in nature, like salicylic acid, which is a natural chemical that turns out to become Aspirin. It’s great for headaches. Or you think about spider silk, which is not just beautiful, but incredibly strong and incredibly light. These are remarkable properties of materials and chemicals that have evolved through this process of evolution over hundreds of millions of years. And they’re done with such elegance. Compare that little house spider as she spins a web to any polystyrene or polyester material that we might produce industrially; go to where we produce those things, and essentially we are exploding hydrocarbons in containment units in big industrial plants. It’s ugly, it’s toxic, and it’s polluting—and it uses so much energy.

So there is this elegance in nature, and the promise of synthetic biology is that we can learn to harness that elegance. We do it through a set of exponential technologies coming from the ability to read the genome of different living things, then figure out which genes could be responsible for expressing a particular protein. Then we need to be able to use another exponential technology to synthesize those genes. And we get these artificial genes that we then need to insert into the appropriate microorganism that can then go off and produce the product we want.

“There is this elegance in nature, and the promise of synthetic biology is that we can learn to harness that elegance.”

It’s really complicated—you need to use machine learning to figure out what combinations could work, because this is biology, and it’s not deterministic. It is a systems problem, and a bit probabilistic. You don’t necessarily know what is going to express well in the yields that you need. So you have to run lots of experiments. And these synthetic biology companies now have robotic wet labs, so rather than getting grad students to run one experiment every couple of days, they run hundreds in parallel. And that’s after having run millions of virtual experiments in simulation. At the end of it, hopefully you come out with an answer that allows you, with the elegance of nature, to produce the material you want.

I have some friends on the McKinsey team who forecast that it will be a $4 trillion business by 2040. And I hope that they’re wrong—I think it could be even bigger.

Rufus: You say that the 3D printing market grew 11 fold in the last decade, and that we’re likely to next see performance improve 14 fold with prices dropping. You have a friend who printed the world’s largest 3D-printed object in 2019, a 2,500 square foot concrete building. It took 17 days, was built using 75 percent less concrete, and was built with unheard-of precision. What do we have to look forward to here?

Azeem: 3D printing is improving at about 30 percent per annum on a price-performance basis. The key thing with 3D printing is that it’s a very generalized technology. You control it with the same types of software, but you can use lots of different types of feed. So you’re seeing people 3D print with artificial meats and artificial fish proteins so that you have cruelty-free, sustainable meat. You’re seeing people 3D printing with cannabis. We’re getting people 3D printing with discarded wood to create high-end interiors for cars. You take the waste wood, smush it chemically, turn it into a feedstock, and out comes what looks like a beautiful walnut that you pop into a high-end car.

“3D printing has not had its iPhone moment yet. But we can feel cautiously optimistic that it might.”

The challenge with 3D printing has been that, compared to mass manufacturing processes like casting or molding, it’s really expensive. If you need a million of something, you just make a mold and pour the metal in there. But in true exponential form, at quite large numbers now—sometimes hundreds, sometimes thousands of copies—3D printing is cost-competitive with those traditional molding or casting processes.
That’s really nice, because it’s a much more sustainable process, but it still allows the personalization that gives a little bit more delight. Like the sneakers fit, because you perfectly make the left shoe a bit smaller than the right. It’s really early days—3D printing has not had its iPhone moment yet. But we can feel cautiously optimistic that it might.

Rufus: When we think about how we, as humans, process and adapt to all this technological change, I think about this amazing graph. It shows how long it took for different technologies in the US to go from 10 percent market penetration to 75 percent. For electricity and the automobile and the telephone, it took over 50 years to get from that 10 percent penetration to 75 percent. For the cell phone and internet, it took a little over 20 years. For social media, it took 11 years to reach seven out of 10 Americans. For the smartphone, it was about eight years. So smartphones reached 75 percent market penetration 12.5 times faster than the original telephone. And this has implications—economic and political ones, but also implications in terms of how it impacts our own personal psychology, our daily habits, our culture, and our behavior. It’s a disorienting time, isn’t it?

“The ‘exponential gap’ is the point between the optimism of the power and abundance of these technologies and the dystopianism of things going wrong.”

Azeem: I think it’s really disorienting. The technology industry hasn’t been empathetic enough in the language that it uses around the changes that are happening. We’re not well-constituted for dealing with a change as quick as this. Most banally, many of us start saving for our pensions or our 401ks far too late in life. Given the power of compound interest, we should start with the very first paycheck we get, not the day before our 50th birthday. So we don’t grok what exponential change does in the first order, and what’s challenging is that the second- and third-order applications of that change can be so much further away.

I mean, who knew that by giving people unlimited computing power in a portable device—the smartphone—they would end up using it to look at pictures of cats and get into arguments with strangers? So this is psychologically very difficult for us to deal with. But it’s difficult for a second reason, which is that much of the world that we live in is livable because of conventions, habits, laws, and institutions. The fact that you know which side of the road to drive on when you are in the US, and I know what side of the road to drive on when I’m in the UK—that’s a simple convention that makes life livable, and our institutions are predicated on the circumstances that were around when they were created. But they don’t necessarily adjust as quickly as they need to in this exponential age.

We as individuals are not well-constituted to contend with the first-order change, let alone the downstream implications, and for me, the “exponential gap” is the point between the optimism of the power and abundance of these technologies and the dystopianism of things going wrong. Because I think that because of this gap, there ends up being a shift in power from the rest of us, toward the handful of people who can best maximize the new potentials.