Tracking Wonder: Reclaiming a Life of Meaning and Possibility in a World Obsessed with Productivity 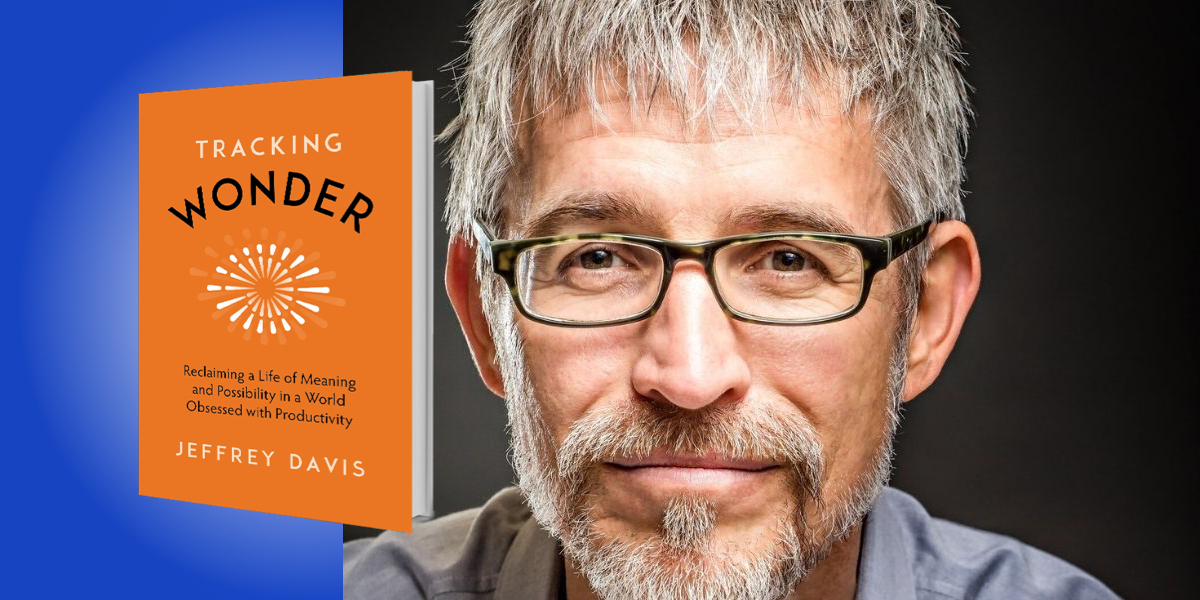 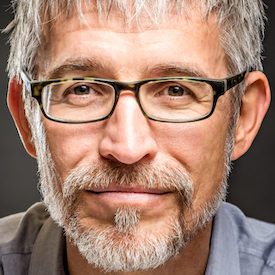 Jeffrey Davis is CEO of Tracking Wonder Consultancy, which works with innovators, entrepreneurs, and social psychologists to help people flourish in the face of transition or hardship. He wears the hats of team culture strategist, teacher, and author. For over 15 years, he has immersed himself in the science of creativity, high performance, and mindfulness.

Below, Jeffrey shares 5 key insights from his new book, Tracking Wonder: Reclaiming a Life of Meaning and Possibility in a World Obsessed with Productivity. Listen to the audio version—read by Jeffrey himself—in the Next Big Idea App.

Wonder is a heightened state of awareness brought about by something unexpected that either delights or disorients us—or both. My family and I live in New York’s Hudson Valley. One day, my younger daughter and I were walking in a meadow, and suddenly the treetops exploded as hundreds of black birds lifted and twisted like an animated Van Gogh painting. We stood spellbound with delight as we watched these starlings syncopate a midair dance called “murmuration.” But wonder can also arise when a co-worker says something surprisingly beautiful that helps us see them in a new way.

In fact, you might imagine “wonder” as a multi-sided gem. I’ve identified six facets of wonder that offer a shared language for these emotions of possibility:

The second pair is Bewilderment and Hope. Bewilderment is wonder’s disorienting facet, where so many fulfilled innovators harness the energy of profound confusion to experience breakthroughs. Hope is a proactive quality where people set doable goals and deliberately daydream to stay buoyant amidst adversity.

The third pair is Connection and Admiration—wonder’s social facets. Connection speaks to our yearning to sync up, like those starlings, and teaches us how to bust our own biases for the sake of better collaboration. Admiration is a surprising love for someone’s excellence of craft or character that uplifts and inspires us to excel without burnout.

“Genius is the capacity to retrieve childhood at will.”

Several years ago, Arianna Huffington said she used to be an irritable, controlling, high-profile wife of a battle-worn politician. But while researching a book about the gods of her homeland, Greece, something happened. She found a forgotten part of herself reflected in the mythic figure of Hermes—the spry, creative child god. Huffington says she reclaimed her youthful spirit, which in turn liberated her playful side as she became less controlling and more open to uncertainty and surprise.

That openness helped clarify her work, and boosted her to keep going with bold ideas—despite naysayers’ constant criticism—as she founded the Huffington Post, and then her most recent venture, Thrive Global, which champions wonder and well-being in the workplace.

Art critic and poet Charles Baudelaire once wrote that, “Genius is the capacity to retrieve childhood at will.” And indeed, like Huffington, countless innovative people in the arts, sciences, business, and engineering reclaim their childhood. Even people like the beloved poet Mary Oliver—who suffered childhood trauma—note that they maintain an abiding connection to this force of character.

And yet wonder is not kid’s stuff. Melvin Konner, a cultural anthropologist, reviews massive research from evolutionary biology to help us understand what has helped our species survive over the millennia. He suggests that “the very evolution of our species and the survival of our planet requires more wonder. It’s our choice.” So, why not choose wonder on behalf of the work you’re here for, and the work we collectively have ahead of us?

Numerous geniuses of creativity don’t “follow their passion” but instead pursue their (often quirky) curiosities. Charles Darwin, for instance, had an abiding curiosity about earthworms, and he had a designated space in his basement where he kept the worms. He even played the piano to record how the worms responded to sound, and he tracked their preferences for being fed cabbage or mint.

“The very evolution of our species and the survival of our planet requires more wonder.”

In his last published book (about the habits of worms) he showed that the underground dwellers are not simply garden pests, but the singular force responsible for arable soil. I imagine that in times of trouble and uncertainty, as Darwin battled health problems, professional insecurity, and Church authoritarianism, his evenings with the worms must have provided him with a stable source of curiosity and wonder.

If we pursue our own curiosities, instead of a fixed passion, a beautiful thing can happen; our minds are more likely to find novel ways to resolve challenges, and we could be more likely to find fulfillment on our life journeys. This idea might be true for you, your co-workers, or your angsty teenager.

4. Fertilize, instead of flee from, confusion.

By the time Tracy Fullerton was 37, she had become surprisingly successful in the male-dominated digital world of the 1990s. Through her startup, Spiderdance, Tracy was renowned for offering pioneering interactive television programming for MTV and the History Channel, work that earned her an Emmy nomination. But when the dot-com bubble burst, so did Fullerton’s business.

Instead of run from the discomfort to build another business, she took the disruption as an opportunity to pause and question—namely, to question the meaning of her work in digital entertainment and video game production.

Fullerton retreated to a place that had inspired her as a girl on family vacations: Walden Pond. This is the spot outside of Boston where Henry David Thoreau spent two years living in a cabin and later sharing his reflections on living deliberately in his book Walden.

Fullerton raised some “what if” questions: What if you created video games that countered the typical adrenaline-producing, first-person shooter scenario with an adventure that instilled meaning, contemplation, and—yes—wonder?

Eventually Fullerton was named director of the USC Game Innovation Lab in Los Angeles. Against all odds, she and her devoted team gained funding from the NEA, the NEH, and the Sundance Institute. The result is Walden—an award-winning video game with a moving narrative, a contemplative pace, stunning visuals, and a depth of learning discoveries.

“Wonder momentarily dissolves our habitual patterns of seeing and thinking so we can glimpse anew the beauty of what is real, true, and possible.”

To be in wonder with high-stakes confusion could be our guide to survive, if not thrive, in our uncertain times.

5. Open up, instead of size up, other people.

Wonder is a quiet disruptor of unseen biases. It momentarily dissolves our habitual patterns of seeing and thinking so we can glimpse anew the beauty of what is real, true, and possible—whether about our own selves, one another, a complex idea, or our very life situation. Wonder pauses the fight-or-flight response. Whereas emotions like love attract, and fear repels, wonder pauses us in openness. Even the most open-minded creative people unknowingly “box in” other people and their ideas, which can get in the way of collaborative opportunities.

Ahmir “Questlove” Thompson is best known as the co-frontman and drummer of the Grammy-winning hip-hop band The Roots. The Roots serve as the in-house band for The Tonight Show Starring Jimmy Fallon, and they have to be ready to accompany a wide range of musicians. During the first year, The Roots backed up a lot of new bands coming out of Brooklyn, and Questlove admits that he boxed in these groups as having the same basic sound he tagged as “Brooklyn hipster.”

For one show, they booked the Brooklyn band Dirty Projectors. The band chose a song that opens with female vocalists a cappella, altering and overlaying their vocalizations as if three different species of exotic birds had learned to entwine the tapestry of their tones. The result defies logic to the human ear. Questlove suspected behind-the-scenes synthesizer trickery, but after the performance, outside of Questlove’s dressing room, the women performed spontaneously for him and other Roots members. Their jaws dropped; their minds opened. Wonder busted his “bias box,” the mind’s automatic categorizer. Questlove invited Dirty Projectors to play at an upcoming Roots show and brought them onto their next album, How I Got Over.

Many of us have inherited cultural biases against wonder. In a world that seemingly favors productivity, the “crush it” hustle, and everything we can measure, wonder might not appear to be the wise choice. But after a couple of centuries of constant bustle and building, multiple world wars, diseases of all kinds, social isolation, and rampant inequality, maybe it behooves us to be less dismissive of such receptive, open qualities. Wonder could be the hero who rescues us from a prison or cubicle of our own making.

To listen to the audio version read by author Jeffrey Davis, download the Next Big Idea App today: