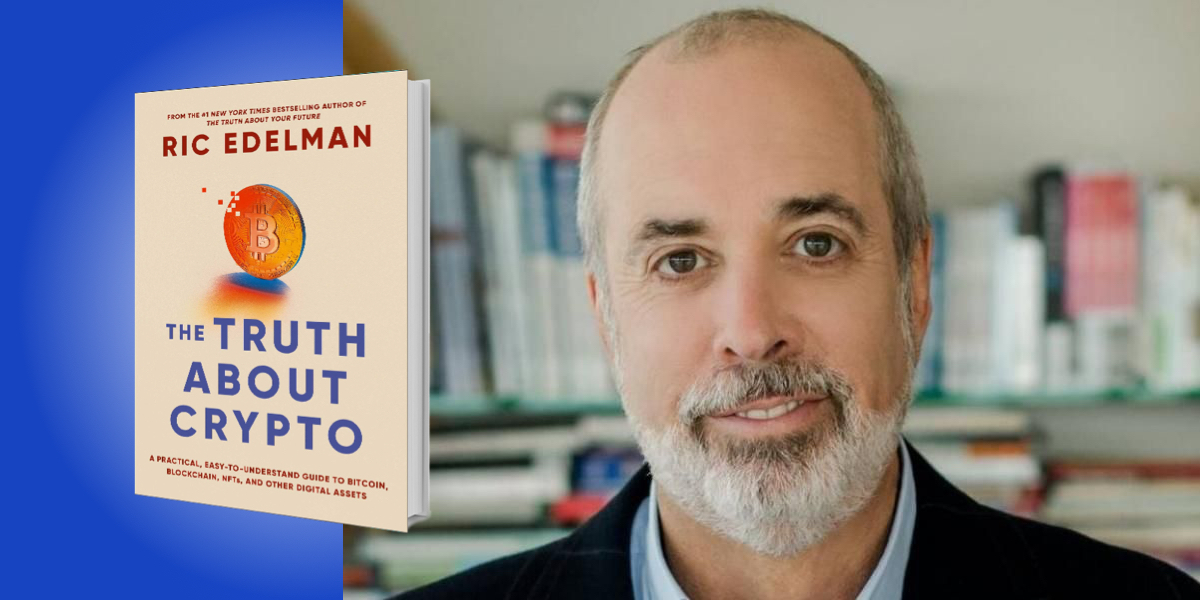 Ric Edelman was ranked three times as the number one financial advisor in the United States by Barron’s. He is the founder of Edelman Financial, and a #1 New York Times bestselling author of ten books on personal finance.

Below, Ric shares 5 key insights from his new book, The Truth About Crypto: A Practical, Easy-to-Understand Guide to Bitcoin, Blockchain, NFTs, and Other Digital Assets. Listen to the audio version—read by Ric himself—in the Next Big Idea App.

1. Blockchain is the biggest innovation for global commerce since the internet.

If we look back at transformative discoveries or inventions throughout human history, we realize that only a few innovations really mattered. Fire, the wheel, the internet, and now, the blockchain. Yes, blockchain is on the same level of significance as fire and the wheel—it’s that big of a deal.

Blockchain technology revolutionizes how business is conducted on a global scale. In our current way of doing business (as we’ve done for centuries) we rely on trust. When you buy a house, you trust that the seller owns that deed, and will convey it to you. But, you don’t actually trust them, so you pay for a title search and buy title insurance. You spend thousands of dollars and months of effort to buy a house—which is time and money that doesn’t add to the value of the house.

Blockchain eliminates this because transactions are cryptographically proven. Trust isn’t needed. With blockchain technology, every industry in the world can conduct business faster, safer, cheaper, and with greater transparency than ever before. This is revolutionary. JP Morgan says that banks will save $120 billion a year thanks to blockchain. Norway is using blockchain to track shipments of salmon: when you buy fish at the grocer, you can see when the fish was caught and track its journey to the store. You’ll know you’re really buying Norwegian salmon, and not a cheaper imitation. If there’s a salmonella outbreak, government health officials can track it down to the individual fish—saving lives and avoiding recalls. The luxury watches industry and the wine industry are using blockchain to track their products and thwart counterfeiters. The music industry is using blockchain to monitor song royalties and distribute concert tickets. The list goes on and on.

Blockchain is going to change everything.

2. Digital assets are the first new asset class in 150 years.

Blockchain was created to allow for the invention of Bitcoin, the world’s first form of digital money that isn’t created by a government. Bitcoin is inflation-proof, and you can use it to send money to anyone anywhere in the world, almost instantaneously and free. New asset classes don’t come around very often, and when they do, they change everything.

“Digital assets represent the biggest investment opportunity you’ll ever see in your lifetime.”

The last new asset class was 150 years ago, with the discovery of oil in the 1850s. Before oil, we were using whale oil to light our candles. Look at the incredible impact oil has had on our planet—both the economic growth, and the environmental impact. Digital assets will produce an impact on our world as huge as oil. This is why there’s so much excitement about Bitcoin and other digital assets. More than 300 million people worldwide own Bitcoin, and in the past year institutional investors have gotten involved: pension funds, endowments, hedge funds, insurance companies, and billionaire investors. Governments are racing to create their own official digital currencies—including the United States. President Biden issued an executive order bringing the full force of the federal government to develop and foster innovation in digital assets, including a central bank digital currency. The Federal Reserve has its first ever Chief Innovation Officer to deal with this new tech. The market for digital assets is now $3 trillion, with Bitcoin’s annual transaction volume three times more than American Express. Coinbase is the #1 free downloaded app, and Coinbase now has more accounts than Charles Schwab, TD Ameritrade, Interactive Brokers, and e-trade combined. You can buy Bitcoin with PayPal. Walmart is installing Bitcoin ATMs in its stores. Bitcoin is so common that the very first question on your tax return, IRS Form 1040, is “do you own crypto?”

Digital assets represent the biggest investment opportunity you’ll ever see in your lifetime. Bitcoin is the best-performing asset class in history, and it’s still very early in its development. 24 percent of all Americans own it, out of the 300 million Bitcoin owners globally. There’s 7 billion on the planet, meaning there’s a lot of room to grow. As more people get involved, the higher the price will rise because the number of Bitcoin is fixed. More demand with a limited supply means Bitcoin price will rise a lot.

3. Ten million workers could lose their jobs over the next 15 years.

Blockchain and digital assets aren’t just about investment opportunity, but about disruption of jobs. Ten million people work in companies that are intermediaries—middlemen. Everyone between the buyer and the seller is an intermediary. Real estate agents, stock brokers, lawyers, mortgage brokers. We’re talking about ten million jobs, 21 percent of the US GDP, meaning 21 percent of our total economy. Blockchain technology can digitize and automate all of these jobs. This has tremendous financial planning implications.

“It’s important to examine your career: will your job exist in ten years? Will your company?”

Blockchain is an exponential technology (innovations that are reshaping our world), as are artificial intelligence, robotics, big data, 3D printing, nanotech, biotech, bioinformatics, fintech, edtech, agtech. Half of all occupations will vanish over the next 15 years, and new occupations will emerge in industries that never existed before. It’s important to examine your career: will your job exist in ten years? Will your company? Do you need to get a degree or certification in a new field? Maybe develop new skills to remain competitive in the workplace, so you can keep your job or find a new one—a job that pays better, is more interesting, and physically safer because robots do all the heavy lifting. Jobs are all about money, so you need to learn about the money of the future: digital assets brought to us via blockchain technology.

Even if you have no interest in investing in digital assets, your life will inextricably connect to them in the same way you have online bank accounts and pay bills with PayPal, Venmo, or Zelle. You’ll use digital money in the future, with a digital wallet on your phone. You can’t escape it, and that means you need to learn about it and master it for the sake of your investments, your job, your family, and your financial security.

But most advisors still lack this knowledge. Frankly, they often know little more than you do. So, as you ask questions about crypto—what is blockchain, what is Bitcoin, how does it all work—make sure your advisor can explain it clearly and concisely. Watch out for advisors who are dismissive or claim Bitcoin is a fad or fraud, because that shows that they don’t know what they’re talking about. But, there’s a flip side: nearly half of financial advisors personally own Bitcoin, but only 16 percent are recommending it for their clients. How would you feel if your advisor was personally investing but refusing to tell you about it? Frankly, I’d look for another advisor.

“Watch out for advisors who are dismissive or claim Bitcoin is a fad or fraud, because that shows that they don’t know what they’re talking about.”

Digital assets represent an asset class that is as legitimate in a diversified portfolio as any other asset class: stocks, bonds, real estate, gold, government securities, commodities, emerging markets, and so on. If your advisor can’t answer questions, or is personally investing without telling you, you should consider finding a financial advisor who will help you with the investment strategies of the 21st century.

It’s fair to ask whether we need a new financial system. We love to hate banks, we sure hate credit card companies, and we don’t like stock brokers. But we have to admit, our country’s financial system works pretty well. When you put money into your account, you don’t worry that the bank might collapse, or that our government might seize your assets. That’s not true for billions of people around the world.

There are countries with shaky economies, where inflation is a thousand percent, ruled by dictators that seize assets at will. These billions of people need a safe place to store money that’s untethered by government-controlled banks. And, there are about a billion people who don’t have bank accounts at all because they don’t make enough money, or live so far from a bank that they can’t get to one. The United Nations says nearly a billion people live in abject poverty, living on less than $1.20 a day. These unbanked people are in the US too, totaling 7 percent of households. Without access to a bank account, you’re at risk of being robbed and physically harmed in the process. Without a bank account, you can’t earn interest, get a loan, buy a car, rent an apartment, buy a house, and in many cases even get a job or an education.

These billion people might not have a bank account, but the UN says 700 million of them do have a cell phone, and that’s all you need to set up a digital wallet for buying Bitcoin and storing it safely. The UN says blockchain and digital assets will be instrumental in eliminating poverty globally. By helping people rise out of poverty, they can go to school and get jobs, which helps them rise into the middle class. This means they become consumers, and more consumers mean more productivity and economic rewards for the entire planet. Stock prices will rise and everyone everywhere has the opportunity to gain wealth and greater financial security. Blockchain and digital assets will help improve billions of lives.

To listen to the audio version read by author Ric Edelman, download the Next Big Idea App today: 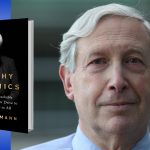 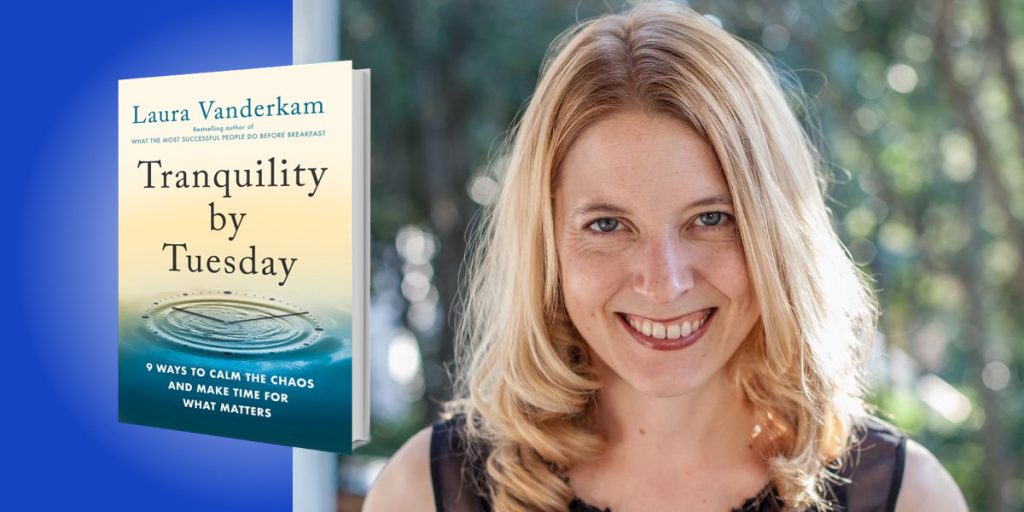 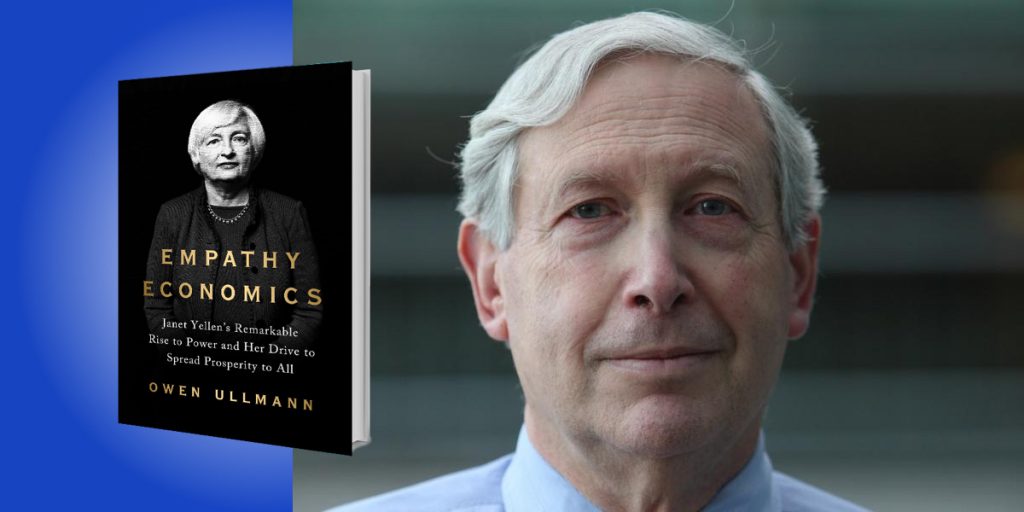 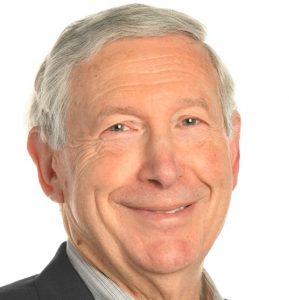