Your Turn: How to Be an Adult 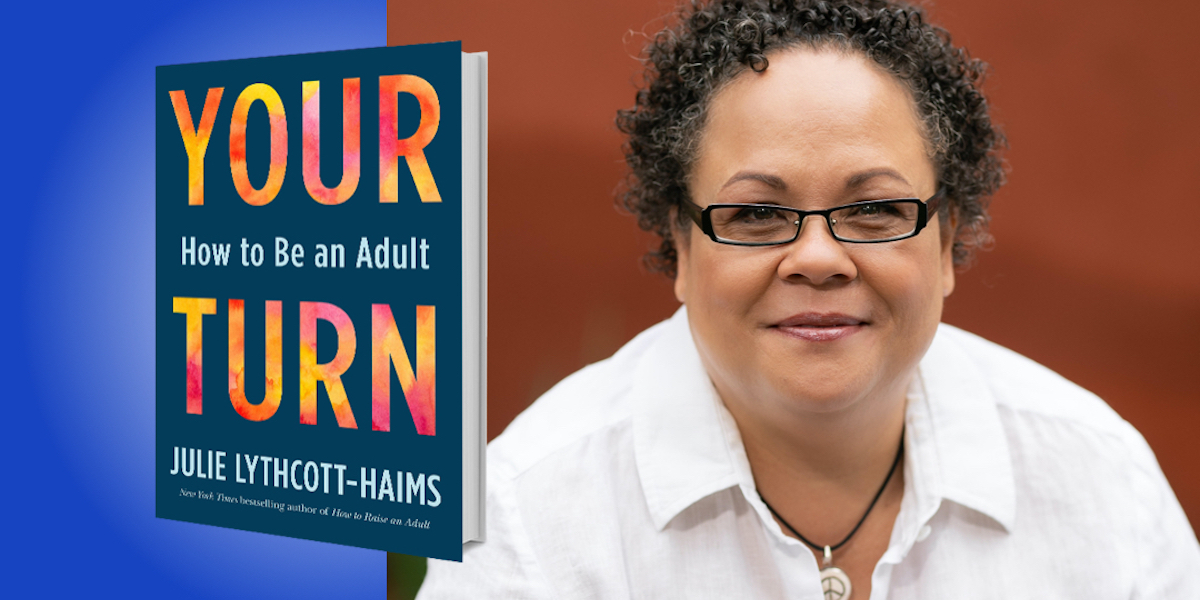 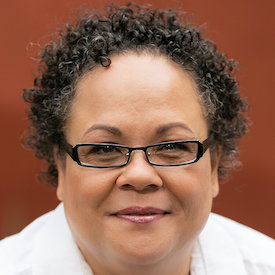 Julie Lythcott-Haims is a former Stanford dean of freshmen and undergraduate advising, a former corporate lawyer, and a TED speaker. Her first book, How to Raise an Adult, was a New York Times bestseller. She is the mother of two young adults.

Below, Julie shares 5 key insights from her new book, Your Turn: How to Be an Adult (available now from Amazon). Download the Next Big Idea App to listen to the audio version—read by Julie herself—and enjoy Ideas of the Day, ad-free podcast episodes, and more.

1. Becoming an adult is an inclusive experience.

Your Turn is a genre-bending mashup of memoir, self-help tips, and profiles of dozens of people from all walks of life. The humans I’ve profiled in these pages are a diverse bunch. And despite how different they are from one another, and perhaps from you, you’ll see what they have in common: agency, resilience, and character. They come from the middle class, the poor and working classes, the upper-middle class and the wealthy. They are highly educated and hardly educated. They are immigrants and the children of immigrants and people who’ve been here a long while. They come from all racial backgrounds, all genders. Some are queer and some are straight. They are neurodivergent and neurotypical. They have mental health challenges and learning differences. They are close to their parents and estranged from their parents. They were adopted and came up in foster care and were raised by their biological parents. They are dealing with disease, addiction, violence, death, and disasters—sometimes of their own making. They are Democrats and Republicans. They are from all over the U.S. They are doing all kinds of things with their lives. They experience triumph, pride, grief, and joy. One of them is even a vegan.

2. There’s nothing wrong with Millennials or Gen Z’s who are struggling with adulting.

Adulting has changed. The traditional definition of adulthood from the 19th century—finish school, get a job, leave home, marry, and have children—is like a rickety wooden ladder made up of five rungs; the concept needs a major overhaul to keep up with the times.

Finish school? Why finish school at 18 or 22 when you’re going to live to 90 or 100? School will always be a place to come back to, whether it’s to level up your skill set or deepen your intellectual enrichment.

Get a job? Yes, you need a way to support yourself, but today’s workplace looks really different than it did for the parents or grandparents of today’s young adults. If you’re a Millennial or Gen Z, you can’t count on a job with benefits and a pension, or even a living wage. The minimum wage in many cities can’t even pay for a one-bedroom apartment. Add to that the fact that student loan debt has skyrocketed in recent years. So, if you’re a young adult, your money won’t go as far as it used to, and you are likely to have more debt.

Leave home? Well sure, we want our young to leave the nest—it’s our biological imperative as parents to be sure they can survive without us. But even with a full-time job, they might not be able to afford rent in the city or town in which they grew up, so maybe they’ll live at home a while longer, or get a place with a group of their peers. Adulting isn’t about where you live—it’s about behaving as an adult no matter where you live.

Get married and have children? These supposed rungs of adulthood harken back to a time when women went from being the property of their fathers to being the property of their husbands. Very gendered and very hetero. Today you can have a partner, or not, and regardless of that choice, you can have children, or not. It’s much more up to you than ever.

And that’s part of the fear many young people have about adulting: It’s entirely up to them. Particularly for a generation raised with very involved parents who handled every little thing, freedom, responsibility, and accountability can be quite daunting. So, to the rest of us I say, let’s stop calling these young folks lazy, and start acknowledging that things are quite challenging these days.

3. Becoming an adult isn’t about climbing rungs on a ladder—it’s about adopting a mindset.

Adulthood is a timespan, the stage of life between childhood and death. It doesn’t come with a checklist—it’s a process, a mindset, a way of being. Fundamentally, it means “Tag, you’re It.” It’s on YOU, and you’re going to fall, fail, flail, flounder, and fumble a lot. I call these life’s beautiful F words.

“Let’s stop calling these young folks lazy, and start acknowledging that things are quite challenging these days.”

As an adult, you’re expected to fend for yourself. You’ll get advice and help when you need it, but you’ll make your own choices, solve your own problems, and handle the setbacks. You’re not perfect at it—nobody is—you’re just learning and growing as you go, doing what you choose, and dealing with the consequences and reaping the rewards. You’re a human who now has agency (the sense that I CAN do the tasks in front of me). In addition to agency, you are building resilience (the sense that I CAN cope with the stuff that happens to me, which only ever develops by experiencing adversity and bouncing back from it). And finally, as an adult you have to realize that there is more than you in this world, and that you need to contribute to, participate in, and co-create this society with others. Yes, there’s the practical stuff around adulting—like knowing how to iron, change a tire, and file your taxes—but you can learn those things on YouTube.

There isn’t a type of job you’re supposed to have or a type of person you’re supposed to love. Life is a wide-open landscape, and as the Spanish poet Antonio Machado said, the path is made by walking. Your task is to move forward. As you make your way, start to notice the messages in your head about where you “should” go. Notice how many voices of expectation and judgment there are in your head, and who is uttering them. And gradually begin to listen more and more for the sound of your own voice telling you where you would go if it was only up to you.

I insist that you have the right to stop listening to other people’s expectations and judgments, because those folks have no idea who you are. This isn’t their path you’re walking along. It isn’t their life; it’s yours. Even if others say they know what’s best for you—especially if others say that—you need to insist on following your own sense of things, your why.

“Whether you live a long and happy life has less to do with your cholesterol level at fifty and more to do with the quality of your relationships at fifty.”

For work, keep trying different things until you find something you’re both good at and you love. That’s the Venn diagram you seek. The overlap is key because if you’re good at something but you don’t love it, you’ll feel like a drone no matter how much you’re paid, or how loudly people applaud. And if you love it but you’re not particularly good at it and aren’t likely to get better at it with effort, then that’s not going to be your work—it’s going to be your hobby. Pay attention to how you feel in your work, and let those data guide you toward better things. It might take you a while to find it, and that’s just fine.

And, wherever you go in the wide-open landscape of life, it’s less scary out there if you have a few humans alongside you. So, throw out the childhood mantra “don’t talk to strangers” and start talking to strangers. Humans are everywhere, and contrary to what you’ve been told, most of them are perfectly fine. Even more, research shows that whether you live a long and happy life has less to do with your cholesterol level at fifty and more to do with the quality of your relationships at fifty. So figure out with whom you feel a sense of belonging, and join up with those folks. Get better at being good to humans, and bond tightly to some small set of them. You need them and they need you.

Bad things happen (hello, pandemic). But good things happen, too—and regardless, most of it is beyond your control. All you are in charge of is your own actions and reactions, which is harder than it sounds. You need to look after yourself, and you can. Adulting takes work, but the more things you encounter, the stronger and more confident and more resilient you get. At some point when the bad things happen, you’ll ask “Where are the adults?” Then you’ll say “Crap, it’s me!” It takes time to figure out who and how to be, and to get good at being that person. So don’t wait to start—it’s happening now. Your adulthood is underway. Go. It’s your turn.

To listen to the audio version read by Julie Lythcott-Haims, and browse through hundreds of other Book Bites from leading writers and thinkers, download the Next Big Idea App today: