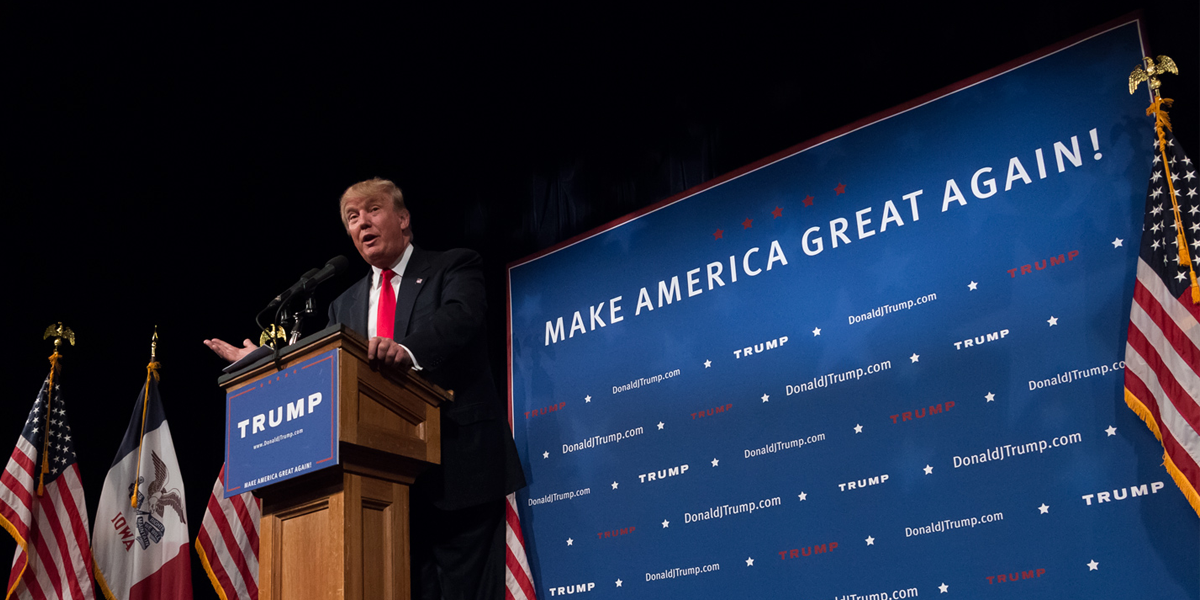 No cable? No time? Not enough alcohol to get you through a full GOP debate drinking game? Follow this evening’s #GOPdebate on Twitter, where the finest of media personalities, comedians, political pundits, and normal people with something to say come together. Even if you’re planning on gluing yourself to your couch for the event, these Twitter feeds should add some color to your viewing experience. Read on for the voices you need to keep up with the last Republican Debate of 2015, starting at 9PM EST and airing from Las Vegas.

@PolitiFact: This independent fact-checking website will be live tweeting the event, helping you weed out the true contenders from the politicians who say what they think the public wants to hear.

@WolfBlitzer: The CNN anchor will be moderating the event, so he won’t be live-tweeting. However, we’re very interested to hear what he has to say before and after he tries to wrangle the pack of Republican candidates.

@AndersonCooper: The media personality will be “headlining” the halftime show (because what’s the difference between a sporting event and a political debate, really?), and hopefully providing some unique behind-the-scenes commentary as well.

@Mtaibbi: Matt Taibbi, the journalist behind Rolling Stone’s comprehensive GOP debate drinking game will be right there alongside you, shot for shot.

@KatTimpf: The conservative comedian, journalist, and TV personality declared earlier today that she’s so excited to live-tweet the event she feels like “normal people” do on Christmas Eve.

@BernieSanders: Vermont Senator and Democratic candidate Bernie Sanders’ live tweeted September’s debate in a riveting show of commitment that eventually petered out when the Senator decided it was time for bed. His unapologetic commentary (while it lasted) was funny and insightful, and we’ve got our fingers crossed that he’ll be back at it again tonight.

MY ADVISOR SAID HE CAN'T UNDERSTAND ME WHEN I RESPOND USING EMOJIS—SO I SAID, VERY CLEARLY:???

If you’re still looking for the right stream of 140-character ideas to color your night, just keep track of #GOPdebate on Twitter–it’s been blowing up all day, and you’re sure to find your political soulmate among the alternately comedic and dead-serious, liberal and conservative (not to mention downright libertarian) Twitter fiends.